Seal: Too Cute to Eat? That's the name of a panel that took place at the Terroir culinary summit late last month in Toronto, and a question that makes Dion Dakins chuckle.

Dakins is the chief executive of Carino Processing Ltd. in Newfoundland, which processed 55,000 animals for meat, oil and hides in the past sealing season. For him, the question gets to the core of the seal debate. He believes hunting seal is sustainable, humane and a necessary fisheries ecomanagement tool. Opposing him are animal-rights groups (most of them based outside Canada) that have spun the "cute" element into a disproportionate fundraising tool.

A tireless advocate for his maligned sector, Dakins told The Globe and Mail that seal meat is full of healthy omega-3 oils, typically low in mercury and delicious in blood pudding, martinis and even seal-oil ice cream.

You say if seals aren't harvested, they'll have to be culled. Can you explain?

Five centuries of sustained seal harvesting in the northwest Atlantic has kept harp seal populations in check. In 1980, the harp seal population was about two million. In the early 2000s, five million. And now, in 2017, the population is in excess of 7.5 million animals. Biological indicators suggest the ecosystem has reached the maximum carrying capacity … and this overabundant predator could very well eat commercial fisheries to extinction.

As pressure from the fishing sector increases, seals will have to be harvested. So the question is, are we better to use this resource for the sustainable development and maintenance of rural economies, cultures and traditions? Or cull (sight, shoot and sink) the animals with no regard for welfare, sustainability or pragmatic end use?

Canada's history proves that we manage our seal resource sustainably. The harp seal is not now, nor has it ever been, listed as an endangered animal. Once again, the real question is, are commercial fisheries sustainable with such high numbers of seals in the environment? Recent quota cuts to snow crab, shrimp, capelin and other species in eastern waters indicate that our fish stocks cannot bear the pressure of such a large population of seals, as well as commercial fishing.

The international movement against the seal hunt is powerful. The images are heart-wrenching. Is it cruel?

Detractors like to show graphic, emotional videos to stir emotion and outrage. They obtain these videos while hovering over the heads of harvesters in helicopters. It's hard for any person – especially one who has never hunted, fished or trapped – to watch an animal die. Regulations are in place and monitored. There's always room to improve, but yes, it is humane as conducted today.

In 2010, the European Union banned the commercial, non-Indigenous sale of seal products. Switzerland followed this past April. What have been the consequences to your sector?

The EU ban was all about politics and not animal welfare. Parliamentarians, often threatened by anti-use campaigners in their ridings, were given plush toys of whitecoats [newborn seals] before the vote. Whitecoats have not been harvested in Canada in 30 years! The result was swayed and the ban passed. The rights and livelihood of sealing people all over the world were ignored and lives negatively affected.

Is seal meat good for you?

A single 100-gram serving of seal meat has 250 per cent of the recommended daily consumption of iron. It has much higher vitamin B12, protein and magnesium compared with beef, pork, chicken or cod. The fat of a seal is processed as an omega-3 natural-health product.

Are mercury levels and other contaminants high?

As opposed to fish, seals largely accumulate environmental pollutants (PCBs, mercury, lead, arsenic etc.) in the blubber, not in the flesh. This means the meat is naturally low in mercury and other pollutants. The maximum allowable level of mercury in predatory-fish flesh (tuna and salmon) is one milligram per kilo. Seal meat averages 0.25 milligrams per kilo.

You've done some roguish things, like sell seal products outside a Bryan Adams concert in 2014. Why?

Countless celebrity advocates have been misled by anti-use campaigns, such as PETA, International Fund for Animal Welfare, Humane Society International, who defame our products and vilify our people. Outside the concert, we presented ourselves in a non-confrontational manner, handing out educational materials. We did it to promote the truth and dispel myths.

How far has seal meat come?

Restaurants in Vancouver, Montreal and St. John's are promoting seal on their menus, in dishes such as seal-tongue ravioli, a sophisticated flipper pie and seal pappardelle with cinnamon and cloves. I like it raw, with a bit of mustard, but my favourite is pan-seared, with a bit of pepper and lingonberry compote. Medium-rare, of course.

Editor’s note: In a previous version of this story, the headline stated that Dion Dakins was a chef. In fact, he is an executive. 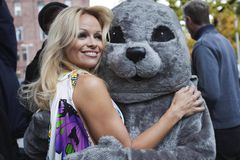 Opinion
We can treat animals humanely and still grow the economy
April 16, 2016