Dustin Gallagher liked watching the hit TV show Top Chef - that is until he became a competitor. Since participating in the upcoming Canadian version of the U.S. culinary showdown, Mr. Gallagher can't bring himself to follow the series.

"When I hear people talking about it, when I see it on TV ... I just get a little anxiety thinking about it," says Mr. Gallagher, 28, chef of Grace restaurant in Toronto's Little Italy.

As one of the 16 competitors chosen to vie for the title ofTop Chef Canada, Mr. Gallagher spent several harrowing weeks late last summertaping the show, and has kept mum about the experience for the past seven months. The show premieres on Food Network Canada next Monday.

"I am quite nervous about the launch, and preparing and seeing myself on TV," he says.

It's understandable that he'd feel jittery.The show can make - or break - contestants' careers, depending on how well they perform on the outrageous challenges, and whether audiences are charmed by their personalities. Beyond the $100,000 grand prize and bragging rights, competitors' egos and public images are at stake.

Call it the Top Chef effect. Since the Emmy-award-winning production debuted in 2006, Top Chef has become a launching pad for rising celebrity chefs. It has turnedyoungU.S. chefs, such as brothers Michael and Bryan Voltaggio, Fabio Viviani and the latest Top Chef All-Stars winner Richard Blais into recognized names.

Several Top Chef alumni have gone on to open successful restaurants. Stephanie Izard, for instance, the winner of season 4 in 2008, was nominated last month for a coveted James Beard Award for her new Chicago restaurant Girl & the Goat. Meanwhile, Mr. Viviani has parlayed his exposure from the show into endorsement deals for San Pellegrino mineral water and Bertolli olive oil, among other brands. Mr. Blais has leveraged his fame into his own show, Blais Off, on the Science Channel.

"It really raises the profile of a given chef and is somewhat of a kind of farming system for restaurateurs and masters to kind of see who's exciting," says Nick Gilhool, casting director of the U.S. show.

The power of televised cooking competitions, however, does have a darker side: Some chefs feel they must participate to become industry players. As Gabrielle Hamilton, chef of New York's Prune restaurant and author of the new bestseller Blood, Bones & Butter: The Inadvertent Education of a Reluctant Chef lamented in a recent interview with the Chicagoist website: "If you're not on TV you may have an anemic 6 o'clock and 10 o'clock seating. And that kills me when some chefs I know - very good chefs, old souls ... they're going on TV just to stay in the game. And that seems really demeaning to me."

Contestants and producers of the 13-episode Top Chef Canada are hoping the celebrity gold dust will land here as well.

"As a chef, I can open up my restaurant and do a hundred interviews, but the majority of them are all going to pretty much be the same ... whereas this [show]kind of breaks you into a different kind of a market," says competitor Dale MacKay, 30, the former chef de cuisine of Lumière restaurant, the Vancouver outpost of famed New York chef Daniel Boulud, which just closed. Mr. MacKay is preparing to open a new restaurant, Ensemble, in downtown Vancouver next month and hopes Top Chef Canada audiences will think of his restaurant first when considering where to dine.

Even though the reality show's timed challenges can be ridiculous (requiring competitors to cook with one hand tied behind their back or to conjure gourmet dishes from convenience food items), it istaken seriouslyin the culinary industry. Mr. MacKay says part of the reason is because, in the U.S., it attracts real talent from such esteemed restaurants as Daniel, Jean-Georges and Le Bernardin. Guest judges including master chefs Mr. Boulud and Eric Ripert and culinary personality Anthony Bourdain add legitimacy to the show.

The Canadian spin-off will be hosted by hometown hero chef Mark McEwan, and Toronto native Shereen Arazm, a Los Angeles restaurateur, is the resident judge. While the Canadian industry is smaller, contestants have high hopes that participation will translate into increased business.

"We do have expansion on the horizon: We have plans for something exciting to happen next year," says competitor Connie DeSousa, 29, co-chef and co-owner of Charcut Roast House in Calgary, though she says she cannot elaborate.Ms. DeSousa also hopes her performance will raise the profile of women in the male-dominated industry.

There's always the risk of looking like a fool on reality TV, however, regardless of how talented a competitor is. After all, the program is as much about personalities as it is about food, so even winning the grand prize doesn't guarantee post- Top Chef stardom.

"In any reality season there's always an idiot, so hopefully you fall into one of the good categories," Mr. MacKay says.

Mr. Viviani, one of the shrewdest and most loveable (if not most talented) competitors on the American show, says he never had any illusions about winning the Top Chef title. Instead, he recognized the show offered a chance to introduce himself to viewers. Having emigrated from Italy only a few years earlier, he was able to win over audiences with his charm and thick accent, and used that popularity to propel his career.

"I had a plan going in that once I was out [of the show] I was getting this exposure to work," Mr. Viviani said in a telephone interview. "My food would not make me win TV competition. But the person that I am, thanks to TV exposure, brought me to what I am."

What he now is, he says, is a commodity, someone whom fans seek out athis two L.A.-area restaurants, Firenze Osteria and Cafe Firenze, and with whom they want to take pictures and chat. Since he appeared on the show, his restaurants have been busier than ever.

That kind of publicity, however, he says, "does change a lot. And if you're not a people person? A lot of chefs are not people persons. Don't do it. Don't do it, because you're going to look bad."

Certain chefs, whom Mr. Viviani declined to name, made the mistake of competing on Top Chef solely to win. Once their season was finished, he says, "They got out of the competition, they did nothing with it."

Mr. Viviani offers this advice to Canadian competitors hoping to cash in on the Top Chef effect: "Don't think you're a rock star. Work as hard as you can - twice as hard. Because the minute that you think that you've made it ... [in]two, three months, they're going to cast for the season 2, and you're going to be back to nobody again." 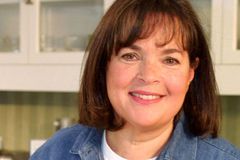