I recently cooked a creamy chicken corn soup, a blend of chicken and vegetables simmered with milk and topped with shredded mozzarella. The result was similar to chowder, but lighter, and featuring shiitake mushrooms, a staple in Asian cooking.

The dish was quickly gobbled up at my house, where we all decided that the recipe would be worth making again – though perhaps without the additional cheese on top. It was unpleasant to find clumps of it, melted and shredded, in a soup that was not French onion.

The problem is, the cheese was the point.

The recipe came from a booklet by the Dairy Farmers of Canada that aims to showcase milk and milk products in Chinese food. The soup, and other dishes, were created by cookbook author Stephanie Yuen, whose East Meets West is made up of traditional and contemporary Asian dishes from Vancouver restaurants. Last year, the Dairy Board hired her in an attempt to deal with the ever-plummeting level of milk consumption across Canada.

From 1995 to 2014, fluid milk consumption in the country dropped 18 per cent. Although the Dairy Farmers say that an increase in cream, cheese and yogurt consumption more than make up for this – yogurt consumption alone rose 204 per cent in the same time period – the industry still wants to convert new milk drinkers. And compared with Canadians of European descent (for whom milk is usually a traditional food), immigrant groups such as the Chinese consume way less dairy.

Take my mom, who grew up in post-Second World War Hong Kong, the eldest of the girls in a family of eight children. Under British rule, the island was heavily influenced by Western culture but still had its roots in China.

While the street signs were a mosaic of both English and Chinese characters, the dinner table remained mostly Chinese: rice, tofu, vegetables and, for a birthday or holiday, some chicken. Rarely can my mother remember a time when she had a cold glass of milk at breakfast or a snack of cheese atop cream crackers. If meat was a rarity, dairy products were inaccessible luxuries, reserved for British expats and the very wealthy.

Decades after my mother immigrated to Canada, milk is no longer the coveted treat it once was. She loves most dairy products, especially a creamy wedge of Brie, but she likely doesn't drink as much milk as the Dairy Farmers want her to. "A vast majority of Chinese-Canadians consume dairy products but they report lower levels of dairy consumption compared to the general population," a spokesperson told me.

Since 2014, the organization has had long-time immigrants such as my parents, as well as newer Canadians, on its radar. Those who may not have grown up with commercials touting "Milk. It Does A Body Good" have been targeted at in-store demonstrations and food festivals, as well as with newspaper, TV and online ads. All of it has been encouraging them to include more dairy products in their daily diet and home cooking. While Chinese-Canadians are its first target market, the Dairy Farmers plan to run a campaign geared at South Asians in 2016.

In the meantime, curious cooks can try Yuen's twist on Chinese dishes. Some of her recipes immediately make sense. The dragon fruit and mango smoothie, which includes milk and Greek yogurt, is a drink I can imagine enjoying before heading off to work. There's also a steamed egg and milk tofu that takes me back to my childhood kitchen, where my parents would prepare steamed egg in the microwave, flavour it with soy sauce and mix it with rice for a simple weeknight dinner.

But many of the savoury dishes appear to have adopted a "just-add-cheese!" approach, sometimes in surprising ways. In Yuen's version of barbecue duck lettuce wraps, she adds yogurt to the traditional hoisin sauce and includes shredded mozzarella as a filling. Congee, a savoury rice porridge, gets havarti cheese mixed in at the end of cooking. It's a much richer version of a dish that is often served to those nursing a tummy ache or cold.

Funny as these flavour combinations may seem to the traditional Chinese palate, East-meets-West dishes are increasingly popular among trendy chefs who push boundaries and diners' expectations. Asian dishes that incorporate dairy are no longer limited to items such as the Philadelphia roll, a maki roll with smoked salmon and a smear of cream cheese.

Carbonara udon, made popular in Japan, is one of the biggest draws at Kinka Izakaya (formerly Guu Sakabar) in Toronto. The Japanese take on the classic spaghetti dish has all the buttery, eggy richness of the original but with plump udon noodles and thinly sliced nori.

At DaiLo in Toronto, chef Nick Liu has been experimenting with dairy in his dishes, mostly inspired by his love of cheese. His take on the Szechuan classic mapo tofu is an extreme but creative bending of culinary rules.

"I was just looking into the cheese window at Monforte Cheese and I picked up a wheel of halloumi for my girlfriend because she loves it," he says. "I was feeling it and looking [at] it and I thought, 'man it looks like tofu.' " Liu's version of the dish features fried cubes of halloumi covered with ground pork, scallions and a spicy black bean sauce. The flavour combination is complex, and the fiery chili sauce contrasts the creaminess of the cheese.

It's a dish that catches the attention, but it's not exactly a healthy example of incorporating dairy into Chinese dishes. And dietitian Rosie Schwartz says one main issue with the Dairy Farmers initiative is that it fails to look at health through a wider lens.

"If you're going to be promoting dairy as a health issue then some of the recipes are not ones that I would be promoting," Schwartz says, referring to dishes such as deep-fried cheese-filled spring rolls.

The author of The Enlightened Eater's Whole Foods Guide, Schwartz largely agrees with the Dairy Farmers' health claims. Dairy is related to a reduced risk of Type 2 diabetes. It also lowers blood pressure and reduces bone-thinning, she says: In countries such as China where dairy is uncommon, the rate of osteoporosis in women older than 50 is twice as high as in Canada.

Both the Dairy Farmers and Schwartz point to lactose-free milk products as options for populations that report a high rate of lactose intolerance, which includes Asians, Africans and people of Jewish backgrounds. Schwartz says that as well as decreasing blood pressure, milk can reduce incidences of diabetes and heart diseases, health issues that Asian communities are more vulnerable to.

"My opinion is that when a recipe is supposed to be promoting nutrition, it should be in a holistic way," says Schwartz. "It should not just focus on one nutrient or food. This is an opportunity to show innovative cooking techniques where foods can provide less fat and fewer calories." In other words, more yogurt, less deep-fried cheese.

Then again, it's hard to fault the Dairy Farmers for taking the easy route when trying to win new converts. When I showed my mother the recipes and asked her which ones she'd most likely try, a holistic approach to health was not top of mind.

"I like the snacks," she said, pointing out the fried spring rolls. 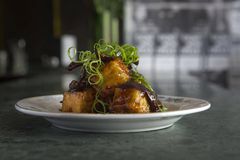 Why young immigrants aren’t giving up cultural foods for burgers and fries
November 17, 2015 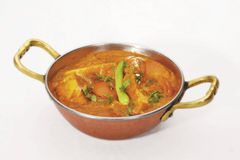 For children of immigrants, trying ‘white people food’ is a rite of passage
June 30, 2015 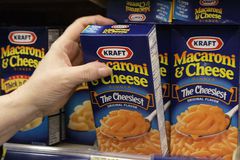