How does a hedonistic food writer lose weight without sacrificing pleasure? In Culinary Intelligence: The Art of Eating Healthy (and ReallyWell), professional eater Peter Kaminsky explains how he dropped 40 pounds and tamed his gluttonous appetite by eating foods that deliver maximum flavour-per-calorie, or FPC.

In 2007, after 15 years of eating his way around the globe, which included a four-year stint as New York magazine's Underground Gourmet, the long-time Food & Wine contributor received a sobering wake-up call: An application to renew his life insurance was rejected.

Borderline obese and prediabetic, Mr. Kaminsky realized he had to restore his health and reel in his waistline. As laid out in Culinary Intelligence, this member of the foodoisie didn't have to give up his career or the joy of eating deliciously to achieve (and maintain) his goals.

A highly enjoyable read that draws on the author's dry wit and the advice of many celebrity chef collaborators, the book explains how to tantalize the taste buds through a common-sense approach while breaking the habit of mindless eating.

Based in Brooklyn, N.Y., ("as close to heaven as a pizza lover could ever get"), Mr. Kaminsky talked to us by phone about conquering mind over midsection.

What is FPC, or Flavour per Calorie?

It's my belief that if you eat or prepare foods so that they have peak flavour, they will more quickly and efficiently satisfy you, so you don't have to resort to two other things: adulterating them with a lot of sugar, salt and fat; or eating a lot more of something inferior in hopes that it will be satisfying. If you want to start a flavour-per-calorie diet, there's probably no better time than right this very second, when summer vegetables are at their peak.

Culinary Intelligence isn't a recipe book, but you do include a few. I made your Pasta Pete-a-nesca and I can honestly say it was the first time I enjoyed eating whole-wheat spaghetti. What's the secret to your sauce?

Piles of umami. There's umami in the roasted tomatoes, in the anchovies, in the Parmesan rind. And then you've got other really strong flavours – salt and tanginess in the tomatoes and the capers, the brininess of the olives. You can have the best ingredients and cooking techniques, but without understanding how flavours combine, they ain't going to get you anywhere.

What makes umami such a great flavour?

For years, I was "Yeah, yeah, umami." They say in Japan it's the fifth flavour, so who am I to argue? Meat's got it. Cooked meat's really got. Aged cheeses have it. We really respond to concentrated energy and nutritious food sources. So much so that one of the leading scientists, Charles Zuker at Columbia University who discovered the taste receptor for umami, found that we also have umami taste receptors in our stomach. That's because your body wants a signal that it's getting this stuff, to know when it needs more and when it's had enough. Umami is not as recognizable as salt on the tongue. But believe me, when you get that meaty yumminess – umami means yummy in Japanese – in a piece of great, grass-fed dry-aged rib-eye, your body knows what it is.

Texture is another important element of flavour. How does it maximize FPC?

I have simply noticed that one doesn't decide how something tastes until you figure out what the texture is. When you get that salty crunch you go "Ooh, here comes some good meat." It might not be good meat. But it's a sign that meat's coming. And in prehistoric times, all meat was good meat. So we've learned to read it that way. Smoothness is also very pleasant. I think that's why we love pasta. It's like the opening notes of a song. A song usually doesn't start on the first word. It usually has a couple of notes to get you into the mood. That's what texture does. You miss it when it ain't there, that's for sure.

You allow two glasses of wine or beer a day with meals. Why not cut it out altogether?

I just love the stuff. A) it's delicious. B) it chills you out. It's definitely a great pleasure. The problem is that it's easy to drink too much. And there's no question that it's high in calories. But I'd rather have some wine than dessert. I usually just have a piece of fruit for dessert. It's not really a moral argument. It's a hedonistic argument. This is not an eat-all-you-want, whatever-you-want, whenever-you-want piece of diet advice. You need to exercise some self-control. But you don't have to give up pleasure. You have to be smart about how you find it.

How long did it take to drop your weight?

The first 20 pounds came off in about six months. And that was really just cutting out the white stuff and cutting down the booze. I kept at it and the weight just kept going down. The interesting thing is, in those six months, I had two trips to South America to work on a grilling book. At the same time, I was writing a dessert book. So I had two great temptations in front of me. I think that's one of the big takeaways of Culinary Intelligence: If I can do it, boy, you sure can too. 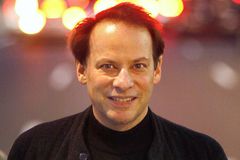 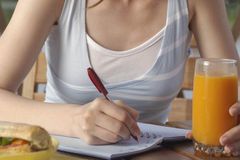