That 14-week-old pasture-raised barred rock chicken was (and remains) the best fried chicken I have ever tasted. This was not a rational measurement of chicken quality based on crispiness, juiciness and "fried chicken flavour," the way it happens in a sensory evaluation. This was get-up-out-of-your-chair-and-start-dancing fried chicken.

I had given up on chicken because it was too bland. Modern chicken needed honey, soy sauce, garlic and smoked paprika. A chef I know told me he never cooked chicken without brining it first. Chicken was like a terrible date: high maintenance and boring.

I found a hatchery not far from Toronto that's popular with Mennonite farmers that had barred rock chicks for sale and arranged for 100 or so hatchlings to be delivered to a friend's farm. After a few weeks on starter feed, they goose-stepped into the greenery like they owned the place and began pecking in their terrifically precise way at blades of grass, slugs, frogs, seeds and, once, a snake. At 14 weeks, they were more than double the age of supermarket broilers and around half the size. They were entering the now-vanished phase of poultry delectability called the "fryer" stage, a prescription as much as a description. One afternoon, we killed the biggest barred rock in my friend's flock. Beneath the great puff of black-and-white feathers was something small and bony. The skin was yellow and the fat inside the carcass was darker yellow. It didn't look like chicken. It looked like a dead bird.

There were only 21/2 pounds of dead bird, bones included, so my wife and I waited until the kids went to bed to eat it. I got out my favourite cookbook from the salt-and-pepper era, 1902's The Ideal Cook Book. This, of course, is when the knock comes at the door. It was my wife's friend and her husband.

Come in, come in. How about a beer? But won't you stay for dinner?

Won't you stay for some dead bird?

The plan was as follows: Fill up on corn on the cob. Fill up on salad. Because there wasn't enough dead bird for four adults. Our guests politely eyed the puny main course, which looked like I'd strangled it in its nest. I cut the 14-week-old barred rock into pieces, seasoned them with salt and pepper, dragged them through flour, and fried them in a cast-iron pan filled with a shallow layer of hot oil. When the chicken was brown and crispy on all sides, I poured a sip of water into the pan, slammed a lid on top, let it steam for 20 minutes, removed the lid and cranked the flame back up. The chicken was now golden brown and crispy. And even smaller than before.

And my, what a chicken. The stages of pleasure went as follows: incredulity, astonishment, elation, glowing thankfulness. There were declarations featuring the words "awesome," "best" and "unbelievable." We were drunk on chicken. Most amazing of all, somehow there were leftovers.

Two months later, I visited one of this continent's more storied fried-chicken spots, a Memphis joint that has been dunking breasts and drumsticks into batter and then hot fat for decades. However old the restaurant was, the broilers it was serving up were ultramodern – plump, meaty and bland. The exterior perfectly executed the Dorito model: crispy, fatty and loaded with MSG. The actual meat beneath it was as dry as toilet paper. And yet I couldn't seem to stop eating it. I ate till the bucket was empty.

There was never any McRegret with heirloom fried chicken, just love and happiness – and unexpectedly small portions.

Something was up with this chicken.

If ever there was such a thing as a golden age of chicken flavour science, it is long over. Back in 1954, scientists Marion Sweetman and Ingeborg MacKellar posed the important question: Do male chickens taste different from females? The answer was yes, they taste stronger. Four years later, science confirmed that the difference extended to chicken soup. In 1962, 28-month-old chickens were found to be more flavourful than 19- and nine-week-old chickens. And in 1965, it was found that "muscle from young and old chickens had similar chemical constituents, but the older ones had larger concentrations."

As chickens lost flavour, however, poultry science stopped studying flavour. It was about quantity, efficiency and price. Flavour didn't matter. That's what flavour solutions were for.

The number of poultry scientists today specializing in chicken flavour can be counted on a single hand. One of them is Linda Farmer, who works at Belfast's Agri-Food and Biosciences Institute. Farmer told me that despite the shortage of research, we can be sure that chickens acquire flavour in two ways. The first is through diet. Simply put, what chickens eat ends up in their bodies. This is why modern broiler farmers add a yellow pigment to chicken feed – so the chickens on the supermarket shelf will look the same as chickens that have been running around outside eating leaves. As to exactly what delectable substances are making their way into the flesh of, say, a 14-week-old pasture-raised barred rock? No one cares.

There is also the issue of age. In 1997, Farmer did a study that found older chickens have more flavour. Exactly why they have more flavour – which compounds accumulate in a chicken versus which ones get filtered out – remains a mystery no one is keen to solve because there's no research money in it.

When it comes to nutrition, the picture is clearer. In 2009, a seminal figure in British nutrition named Michael Crawford, of London's Institute of Brain Chemistry and Human Nutrition, compared chickens of today with chickens of times past. Humans aren't the only ones who are way fatter than they used to be. Back in 1870, a 100-gram (31/2-ounce) piece of chicken contained just under 4 grams of fat. By 1970, that number had risen to 8.6 grams, and by 2004 chicken was packing more than 20 grams. As Crawford dryly noted, "While chicken was at one time a lean, low-fat food, it is no longer." Less dryly, he asked, "Does eating obesity cause obesity in the consumer?"

Everything, in the end, is toxic. Even water and oxygen can kill you. It is all a question of dose. And that's the other problem with Doritos, Memphis fried chicken, soft drinks and other Doritoesque foods: They're too non-toxic. They are so non-toxic that there's nothing limiting intake, so we overconsume them and, over time, all that fat, sugar and carbs ends up becoming toxic. The calories build up in our bodies and interfere with our circulation, choke off parts of our hearts, wear out our joints and blow out our pancreases. Obesity and so many of the terrible conditions it causes come down to nothing more than calorie toxicity.

As humans mastered growing livestock and plants, however, we changed their ecological purpose. The reason animals produced meat wasn't so that some human could eat it. Meat is muscle, which enables movement, and fat, which stores energy. Vegetables are the plant equivalent – structure and nutrient storage. A plant grew fruit or seeds not so that a human could bake pie but so that the plant could reproduce. Today, instead of eating living things designed by nature, we started doing the designing. And we got so good at it that food became very different. It's a difference we still don't fully understand but one we can most certainly taste.

Maybe the real problem is that good food has become bland?

The more I thought about it, the more it made sense. Broilers were bland and they were omega-6 fat bombs, not to mention nutritionally enfeebled compared with heirloom chicken. Doritos were originally bland, which is why people used to dip them in actual food such as bean dip and salsa and why they are now covered in chemicals that create the illusion of food. And all those high-yielding tomatoes, carrots and greens in the produce section are also bland, which is why people either don't eat them or smother them in fatty dressings and sauces that blunt their nutrition. Blandness and our attempts to disguise it is the hidden scourge of our time.

This has been adapted and condensed from The Dorito Effect, published by Simon and Schuster. 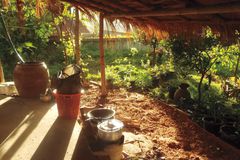 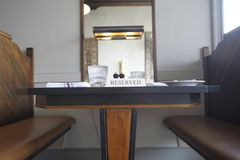 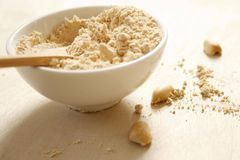