The newest trend at craft cocktail bars is partying like a colonial, and that's not even a reference to trends in facial hair.

It's in reference to the revival of a 300-year-old recipe for brandy milk punch, a curious-sounding drink that gets curiouser once you see the final product – which is clear, not creamy.

Got milk? Well, sort of, but not really. Today's milk punch is light-tasting and closer to transparent than opaque, thanks to the revival of a clarification technique first outlined in a recipe from 1711 that involves curdling the milk, skimming off the solids and filtering the whole thing overnight.

"People are often surprised to discover that our Parisienne Milk Punch isn't creamy," says Michael Mooney, head bartender at Toronto's Geraldine, where the $12 punch is one of the bar's bestselling drinks (a serving for the whole table goes for $45). "Then again, that's a relief to many at this time of year when a lot of people feel as if they've had enough eggnog to last them a lifetime."

One might wonder: If you're going to remove all evidence of dairy with an elaborate and labour-intensive technique, why bother putting milk into the punch in the first place? The answer is found in the almost ethereally smooth and rich mouth feel of the punch, a characteristic imparted by the milk proteins (whey) left behind in the clarification process.

Milk punches have blown up in San Francisco and New York, where they are regularly found on the menus of craft cocktail bars. They're taking a little longer to take root in Canada, however, because bartenders are fearful of taking on this laborious process for a drink the vast majority of the drinking public has never heard of. And if it does become popular, bar staff only have to make more of it. Even now at Geraldine, Mooney makes 16 litres of punch a week.

Milk punches might start popping up more often though, thanks to bartenders discovering "superbags" that take some of the work out of the process. These heat-resistant, flexible sieves can be hung and left overnight, replacing the time-consuming old felt-and-cheesecloth methods. Tarquin Melnyk, of Vancouver's Bambudda, uses an industrial version of the superbag that he sourced from a biodiesel company when he offers brandy milk punch as a special feature.

"Even though the biodiesel bag cuts out some of the prep, it would be a challenge to keep one on the list because we already make way more goofy stuff than the average bar," Melnyk says.

In Toronto, the "secret menu" trend has been the key to slowly introducing milk punch to the mainstream. Shane Mulvany at LoPan on College Street also uses superbags to take some of the heavy lifting out of the prep for his peaty, silky smooth Misuwari Milk Punch (made with Islay Scotch). "But it's still a lot of work, so I ultimately had to take the punch off the menu because I couldn't keep up with demand," he says. "Now we just offer it verbally, like a secret menu item."

Chanel Wood of Rasa in Toronto's Annex neighbourhood has a similar strategy, underselling her milk punch by offering it as "Seasonal Punch," so she doesn't run out. This is an especially important strategy for Wood, since the clarification process isn't the only laborious undertaking involved in her adventurous punches made from unusual and exotic ingredients, including pisco, cachaça, nettles and capillaire syrup, a house-made archaic cocktail ingredient made from maidenhair ferns.

"I'm always worried about running out and not having enough time to make the next batch," Wood says. "Especially since it's been forecast as one of the top new cocktail trends for 2015."

Just as it was back in 1711. The more things change, the more they remain the same.Special to The Globe and Mail 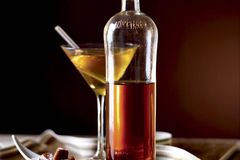 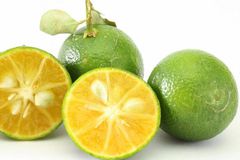 The renaissance of temperance and the rise of 0 per cent-alcohol drinks
January 13, 2015 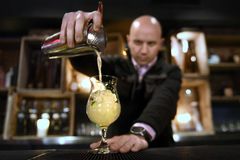