At Toronto's Planta, the queso comes to the table in a scorching-hot cast-iron skillet. Unctuous and savoury, studded with black beans and pickled veggies and meant to be heaped on a tortilla chip and shovelled into one's mouth, it's the ultimate gooey, cheesy indulgence. Just one thing: It's not technically cheese.

Like everything else on Planta's menu, the queso is dairy-free. It's an amalgam of, among other things, potato, carrot and nutritional yeast (an umami-packed seasoning that tastes much better than the name would imply). And yet in its flavour, texture and behaviour – the way it melts; the way it coats a chip; even the way it congeals after cooling and must be scraped, inelegantly, off the pan – the cheese-free queso is a thrillingly plausible stand-in for its traditional nacho-crowning counterpart.

Planta's queso is part of a new wave of "cheese" produced without animal products. "I feel like cheese is the last great frontier for vegans," says Kira Lancaster, the Toronto-based mastermind who produces small batches of nut– and seed-based delicacies for her Secret Vegan Cheese Club, a closed Facebook group of aficionados that currently numbers close to 479.

As Lancaster notes, until fairly recently, the only options available were "pretty pitiful": waxy blocks that "melted" into a gluey slick, or cloying oil-based spreads. To devout veg-heads, the new stuff is a revelation.

Canada has had no small part in conquering this frontier. One momentous shift occurred with the arrival of Daiya Foods, a Vancouver company founded in 2008 by two guys looking to satisfy their craving for melty goodness on a pizza. Andre Kroecher had been experimenting in his own kitchen for years before he connected with Greg Blake in 2007. Blake, who'd been plant-based since 1976, was "blown away" by Kroecher's Havarti facsimile.

Two years later, they'd refined their formula and started distributing their dairy-free, soy-free cheddar and mozzarella shreds. They started out wholesaling to pizzerias; today, Daiya products are available in more than 22,000 grocery stores in Canada and the United States.

The appeal of cheese, Blake says, is primal.

"Your sense of smell brings back memories of being a kid, of things like mac and cheese or pizza. That's where the emotional connection occurs."

For those whose cravings are more cheese board than comfort food, the past few years have also seen the emergence of a host of Canadian small-scale producers whose wares emulate Brie, blue cheese, gorgonzola and other gourmet varieties.

Along with Lancaster, whose artisanal offerings – highlights include a smoky paprika with an ashy rind, and a nutty Brie – are only available through word of mouth, there's Toronto's Ladyship Vegan, a two-woman crew that trades in savoury spreads and salty curds. In London, Ont., Nuts For Cheese founder Margaret Coons has taken her cashew-based Super "Blue" and Chipotle "Cheddar" from farmer's markets to specialty stores. Vancouver's Blue Heron Creamery's pungent fermented offerings are available through a subscription model.

Though the uninitiated might be perplexed by "cheese" composed of nuts, starches, oils and seasonings, the appeal of these products extends beyond plant-based diehards.

"A lot of people are looking at it from a health perspective," Ladyship's Michelle Brand says.

She emphasizes her spreads and curds aren't health food, but she and others have noticed a hunger for alternatives among those with dietary restrictions.

"I have customers who are lactose intolerant," Coons says.

"And older people whose doctors have said they should avoid high-cholesterol or high-sodium foods."

This wide potential client base is part of the reason why so many producers remain attached to using the familiar terminology used by their dairy counterparts, even when they technically aren't allowed to. "Early on, the Canadian Food Inspection Agency told us 'cheese' has to come from a lactating animal, which means we can't use that word on our website or packaging on this side of the border," Blake says. Some navigate that restriction with creative spellings ("cheez") or punctuation.

Additional standards preclude vegan cheese makers from using varietal names, even when, like Lancaster and Coons, they draw on techniques that are akin to those used by traditional dairy producers. "That's why, for instance, I sell Chipotle 'Cheddar,'" Coons says.

Taxonomical conundrums aside, for those who, for whatever reason, have sworn off dairy but remain haunted by cravings, the new vogue for animal-free "cheddar," "Brie," and, yes, queso, is a welcome development.

"It's new to have things that are pretty delicious," Lancaster says. "We can finally let our guard down and admit, 'Yeah, I did miss cheese, and that's okay.'" 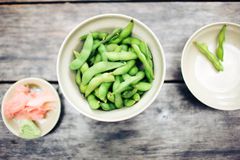 As veggie-meat industry grows, even carnivores are becoming converts
June 7, 2016 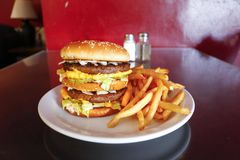