I’ve been wrestling with what to say about True North, the odd and extraordinary and strangely unclassifiable new cookbook from Montreal chef Derek Dammann and Chris Johns, a Toronto-based food writer. You might leaf through it casually at first, as I did, charmed by the backstory to the smoked oysters Dammann’s father makes, or intrigued by a sublime-sounding salt-and-Szechuan-pepper squid and then stumble onto the page where the chef advises wrapping walleye fillets in a paste made from wild rice and leaving them somewhere warm to ferment for a while.

Maybe what will get you is Dammann’s recipe for mortadella, studded with roasted pistachios and spiked with apple brandy. It’s a standard Bolognese-style mortadella, more or less – except for its dark crimson colour, slightly gamey flavour and the 200 grams of seal meat it contains.

True North doesn’t bother with the usual cedar-plank salmon or the straight-ahead tourtière or butter tart recipes – the most ploddingly overfamiliar staples of the Canadian culinary canon – because it isn’t that sort of Canadian cookbook. It is sprawling and ambitious and unabashedly patriotic, obsessed with the delicious and the strange and the new.

It is also one of the most exciting and original coast-to-coast Canadian cookbooks published since Canada’s centennial some 50 years ago, when a wave of them – remember Pierre and Janet Berton’s The Centennial Food Guide? – was last released. As Johns put it in an interview the other week, “For the first time, maybe, we’re starting to acknowledge that what we have in Canada is as good if not better than anything anywhere in the world.” With True North, the duo powerfully make that case.

Dammann, who is 39, grew up in Campbell River, on Vancouver Island, and went to cooking school in Nanaimo. On a trip to London a few years after graduating, he landed a tryout at Jamie Oliver’s Fifteen. Dammann stayed for nearly four years, eventually leading Fifteen’s kitchen brigade.

He followed a girlfriend back to Montreal and now runs Maison Publique, a beloved neighbourhood restaurant and pub that specializes in what Dammann likes to refer to as “Canadian food.” (His old friend Oliver is an investor.) But even Dammann struggles to describe what that is. To the chef, the best Canadian cooking is defined as much by its ingredients as by whatever tradition it’s rooted in. When I met him at the restaurant a few weeks ago, his prep cooks were cleaning a tray of wild-foraged pine mushrooms. Dammann himself had just got in an order of enormous chum salmon from British Columbia, which he deftly filleted and packed in salt and herbs for a quick cure before smoking them. 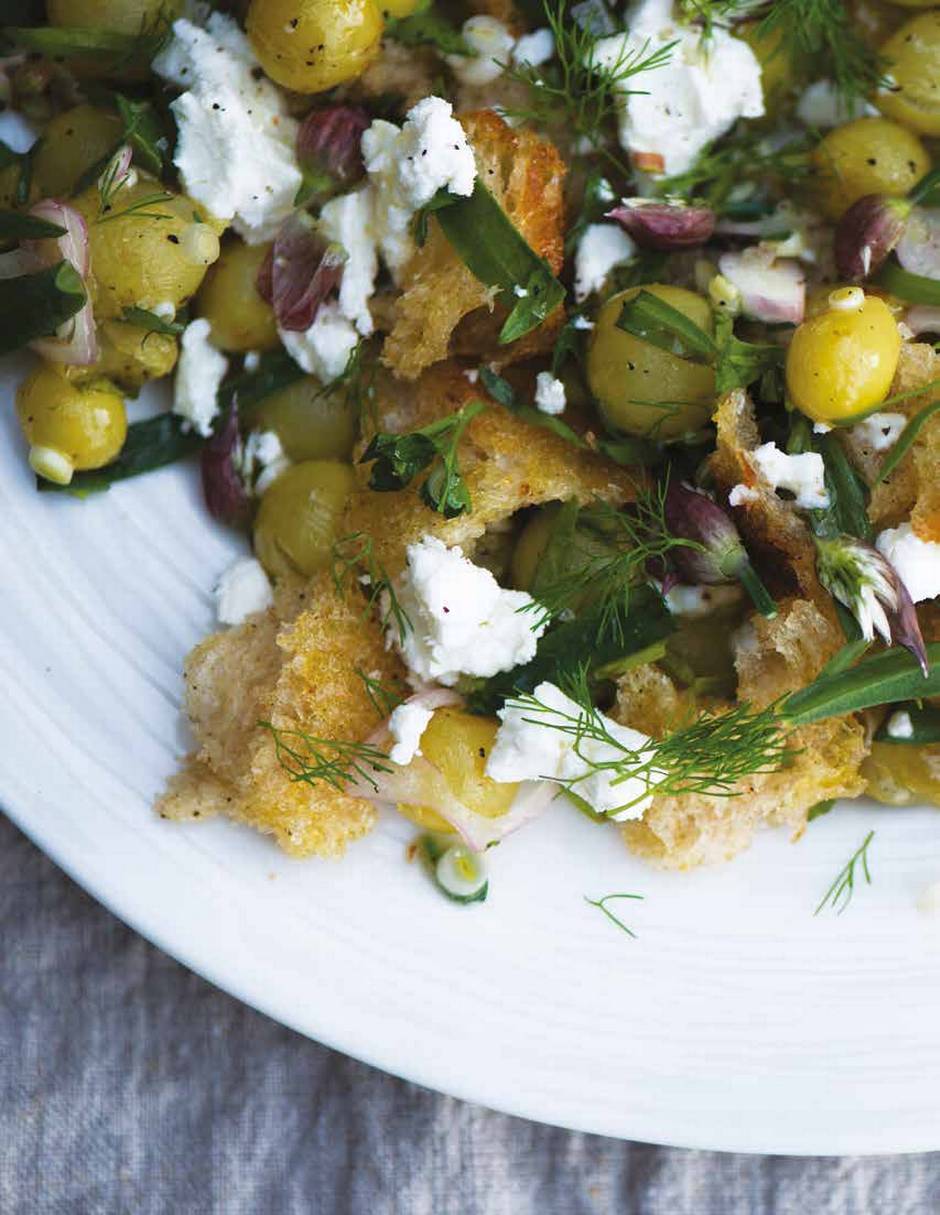 True North draws from a range of influences, the way the cuisine of a country of immigrants ought to. Pictured here, a recipe for Grapes and Tarragon. (Photos by Farah Khan)

He is widely known among chefs and Canadian food-lovers for trafficking in slightly less common ingredients, also. He was serving venison tongue the day I met him. Though True North’s ingredients lists include plenty of stuff you can find in the supermarket, it also occasionally calls for whelks, northern pike, moose tongues, wild hare and venison guts, pheasant, foie gras, goat livers, immature juniper berries and wild leeks.

Chris Johns spent his early childhood living in Canada’s north, in Norman Wells, Inuvik and Yellowknife. Today he makes his living as a food and travel writer (he’s a frequent Globe contributor) and has eaten through Canada many times over. Together, he and Dammann were the perfect team to look at Canadian cooking anew.

The book is organized by region and built around the boundary-pushing chefs, farmers, fishers, winemakers and foragers who in the past decade have been quietly remaking Canadian cuisine. In Newfoundland, Dammann and Johns bob in a cod boat off Cape Spear and cook with chef Todd Perrin, who makes a tomato-based stew with the fish’s innards. In B.C.’s Okanagan, they spend time in the kitchen with Heidi Noble, the celebrated chef-turned-winemaker who runs JoieFarm Winery. (A standout recipe here: her roasted grape and tarragon salad, seasoned with chive blossoms and studded, like a panzanella, with shards of toasted bread.)

Farther west, on the Pacific Coast, they make devilled spot prawns with Steve Johansen, one of Vancouver’s most respected fishermen, and cook greenling, a deep-water subarctic fish, in seaweed butter. In Quebec, they make beans with maple syrup drawn from 150-year-old trees and ravioli with duck tongues, hearts and testicles. 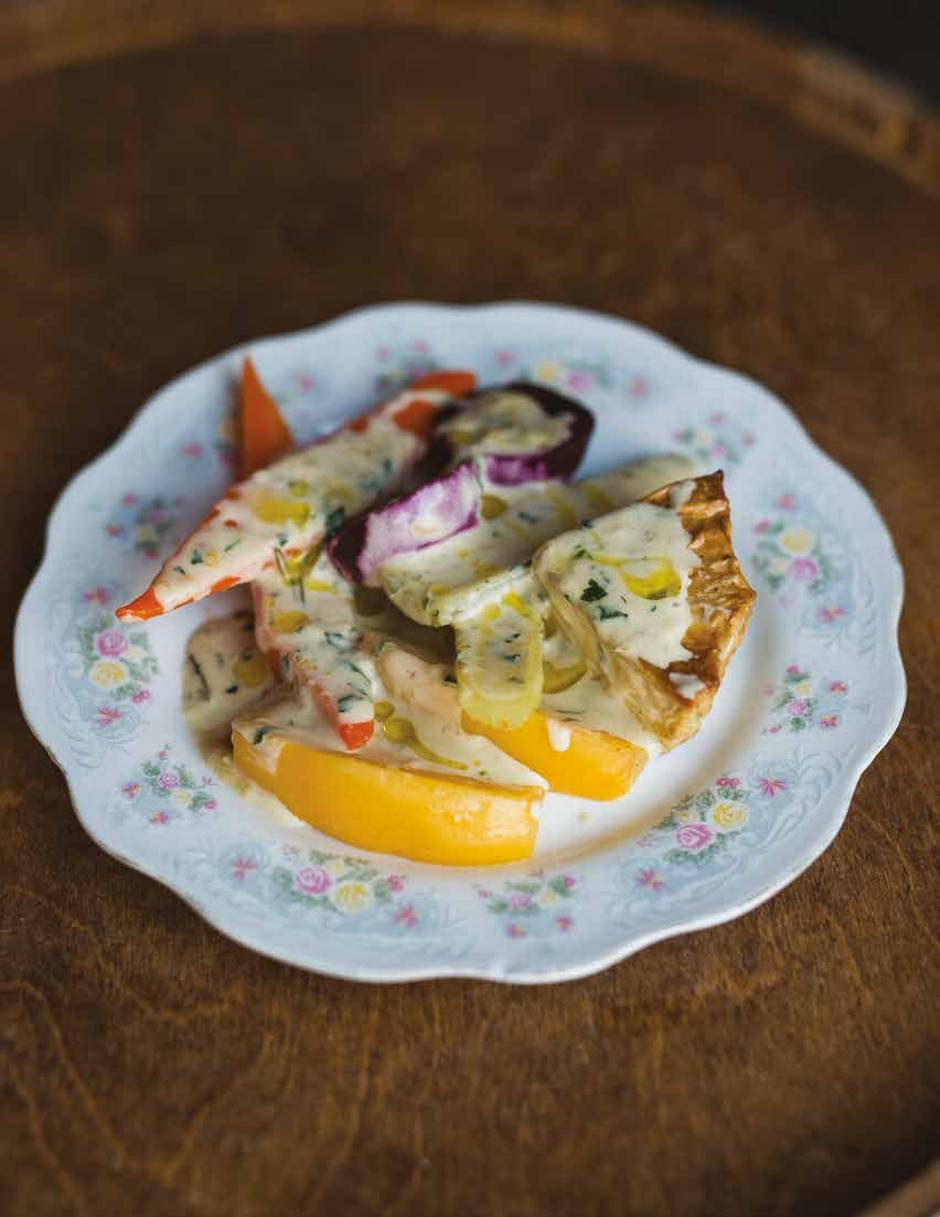 The book draws on plenty of international inspiration, from Spain, China, Portugal, Thailand and Britain, exactly the way the cuisine of a country of immigrants ought to, tailoring many of those ideas to foods that come from here.

True North’s chapters all start out with easy recipes; near the chapters’ end they become progressively more complex. Dammann’s snow-crab toasts fall somewhere in between: He boils the crab legs from fresh or frozen, then tosses them with a crème fraîche dressing and currants mixed with toasted bread crumbs. This one is a knock-out of a recipe.

With other entries, Dammann’s goal seems to have been the same goal of great chefs around the world: To take a beloved and humble dish and to make it as unimaginably delicious as possible, no matter what the effort. His pork and clams Alentejana contains 57 ingredients by my count (fewer if you discount repetitions) and dozens of steps, from brining, confiting and deep-frying the pork to making an aioli, roasting and frying potatoes, carefully cooking the clams (“Nobody likes a lousy clam,” Dammann writes, bless him) and, if you’ve got the energy for it, assembling the dish.

You may roll your eyes, but I love the inventiveness and the unabashed tall-poppy-ness of it; Canadian cooking could use more, not less of this. “Great cooking sometimes does take a while,” as Johns says.

There are regional precedents to True North’s ambition: the superb Joe Beef book of a few years ago, with its take-no-prisoners tone and devil-may-care creativity, as well as the brilliant Au Pied de Cochon cookbooks. Those helped to establish Montreal not just internationally, but also with local eaters as one of the continent’s most important food towns. It’s exciting to see something equally ambitious being done – even just one book – about the country as a whole. 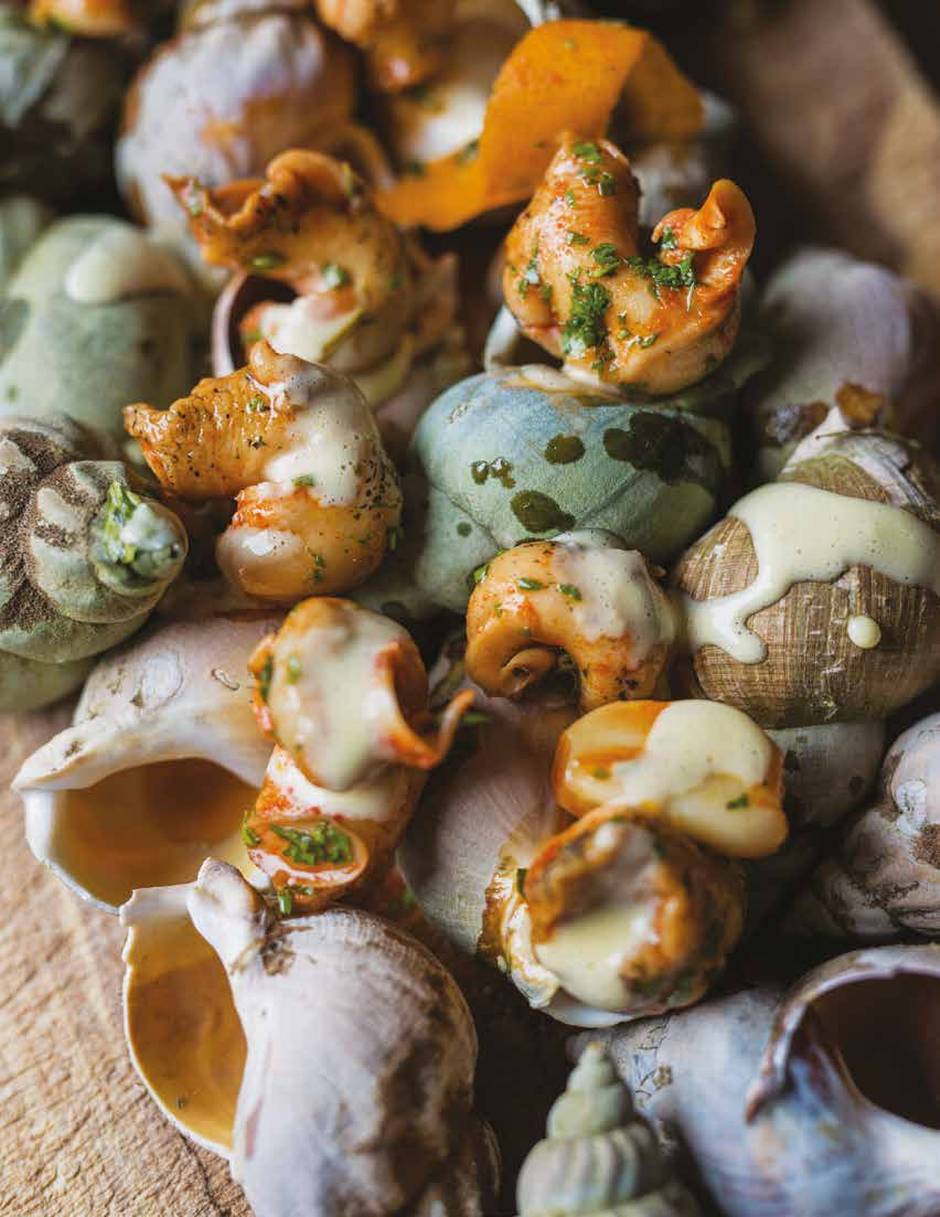 True North ends back in Campbell River, in Dammann’s childhood home. They make his Italian grandmother’s sausage and peppers, roast chicken with coleslaw, and fish and chips. They make the most indulgently cheffy riff on Old El Paso’s ubiquitous supermarket taco kits – the fuel of a few million Canadian childhoods – you’ll ever find.

But it’s the story of the smoked oysters his father makes that struck me the hardest. Every year, Dammann’s father gathers the oysters, then brines them, then smokes them over alder wood and seals them in jars. He’s not a chef. That process is antiquated and ridiculously laborious, especially considering that you can buy perfectly decent smoked oysters at the store.

He does it because they’re better than what you can buy and because he loves it and his family loves it. How hard, after doing that, can it be to roast a pheasant seasoned with juniper berries or to make a dish of devilled B.C. prawns?

It made me wish that more Canadian cookbooks would do like True North and challenge their readers a little, instead of talking down.