Chef Todd Perrin has a privilege that most chefs in Canada don't: At his St. John's restaurant, Mallard Cottage, he is able to serve fresh wild game. Usually it's moose, organic in the truest sense and deeply flavoured from the animal's natural diet of shrubs, leaves and balsam fir.

"You're talking about an animal that's not farm-raised, not fed any medication or wacky feed," he says. "It's eating naturally, in a natural environment. It lives a free life until the moment the hunter takes it."

In most provinces, it's illegal to serve such food in a restaurant. However, Newfoundland's regulations allow chefs such as Perrin to get a free annual permit to buy game from hunters, who must have a permit to sell it. He gives the meat a surface inspection before serving it, usually in hearty red wine stews, as sausage or as steak.

"It's fantastic to deal with local product," he says. "Because what's more local than the game just outside your door?"

Wild game is a crucial part of Canada's terroir. In Northern Canada, game such as reindeer and musk ox is regularly sold in stores and restaurants. But the rest of the country often treats wild game as if it were poison instead of food. The "game" found on Canadian restaurant menus almost always refers to farm-raised animals, including venison, rabbit and "wild" boar, which is wild only in name.

In New Brunswick, it is an offence for any restaurateur to serve wildlife. Manitoba prohibits wild game in restaurants, as well as the bartering, trading or selling of it. Restaurants in Nova Scotia can only serve it to guests who hunted it legally and brought it in themselves. In Ontario and Alberta, chefs are permitted to serve hunted game at non-profit charity dinners only, which ostensibly dissuades overharvesting. British Columbia allows for the possibility of wild game in restaurants, but according to the Ministry of Forests, Lands and Natural Resource Operations, this rarely, if ever, happens.

Chef Michael Hunter of Antler in Toronto was mesmerized when he first tasted wild turkey in his early 20s. The fat was vibrant yellow and the breast meat was bold red, redolent of grass and nuts. It was unlike any turkey he had ever tasted. "It was an a-ha moment," he says. "Like, this is the real thing, not this supermarket crap that we're led to believe is the real thing."

Hunter, who has been an outdoor enthusiast most of his life, says Ontario's regulations prevent him from sharing what he sees as a revelatory culinary experience. Like many chefs, he finds the meat of farmed animals bland, because of their monotonous diets, while wild animals taste nuanced and complex.

For him, hunting is infinitely less barbaric than the nightmarish world of factory farming, in which animals are cooped up, inundated with antibiotics or force-fed. The way he sees it, hunting laws are strict enough to promote conservation. Prohibiting wild game in restaurants, he says, is redundant.

But Bill Mauro, Ontario's Minister of Natural Resources and Forestry, says the purpose of Ontario's strict regulations is twofold. First of all, "the prohibitions on allowing it in restaurants are there and intended to prevent depletion of species," he says. The second reason is to prevent health hazards – such as intestinal parasites – that could lurk within uninspected meat.

Keith Warriner, a professor of food safety at the University of Guelph, says health concerns are valid – if the meat is undercooked. Wild animals are exposed to a higher variety of pathogens – tuberculosis, giardia, E. coli and salmonella are all of concern – from the simple fact that they are free to roam. Many of those pathogens are undetectable from a surface inspection, says Warriner, but "there's nothing there that will survive the cooking process."

For David McMillan, chef and co-owner of Joe Beef in Montreal, the issue is complicated. With few exceptions, selling wild animal flesh is prohibited in Quebec, but last year, McMillan was selected as one of 10 chefs to be permitted to serve wild game as a pilot project proposed by the Parti Québécois, the governing provincial party at the time.

The project never materialized, and McMillan is not sure that it was a good idea anyway. "We've seen how well we're managing wild fish," he says. "If all of a sudden Toronto and Montreal start having a taste for wild moose meat, it's gonna go quick, and we're gonna have a problem real fast." McMillan is also skeptical of the notion that wild game always tastes better. "I've had great moose from the forest, and I've had moose that tasted like a bag of pennies," he says. "It might as well have been a swamp rat."

Still, he says it's unfortunate that those most capable of cooking and handling wild game – chefs – don't often get a chance to do it. "There has to be a way to get a few animals out of the forest and into the hands of qualified chefs," he says, "to give some people the opportunity to taste those meats."

Perrin of Mallard Cottage believes that responsible hunting is sustainable, especially when wild animals become overpopulated. In 2011, for example, Terra Nova National Park in Newfoundland had to actively reduce its moose population to prevent damage to the ecosystem.

Excessive regulations throughout most of the country, he says, are due to bureaucratic laziness. "It can be done properly and well," he says. "The easiest thing to do is regulate it out of existence. That's unfortunately what we do a lot in our society."

The cocktail cops: How patchy provincial liquor laws are holding back our drink masters
April 19, 2016 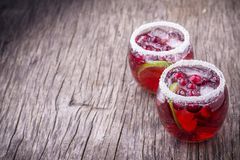 Food lawyer Glenford Jameson on how the law determines what we eat
April 19, 2016 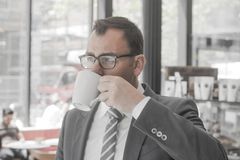 Review
What Bar Oso hits in cuisine, it misses in hospitality
April 15, 2016 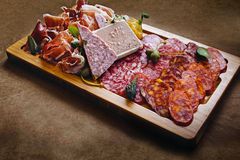