Meatless Monday is a great opportunity for a vegan restaurant trying to reach out to omnivores and flexitarians. I had heard many good things on social media about the Meatless Monday Wild and Foraged prix-fixe dinner at Graze restaurant, which I had visited once before and quite enjoyed.

But when I went for dinner this week, it wasn't available. Instead, I was presented with a $15 antipasti grazing board that contained nothing fresh except a few measly slices of apricot. Oh, and a handful of under-ripened strawberries with white flesh and shrivelled brown leaves.

I can't fathom why a proudly plant-based vegan restaurant would serve pickled carrots, rubbery smoked tofu and flavourless lentil paté at the end of July when the gardens and farms are bursting with green edibles. Talk about a lost opportunity.

Lack of freshness aside, there is a lot to like about Graze.

It's a comfortable, elegantly distressed room with bright picture windows and dim lighting. The chairs are covered in burlap coffee sacks and the walls are painted pale sage. A lovely chandelier made from cut crystal decanters hangs above the wooden bar.

Service is excellent. The attentive waitress serving us on the second visit knew the menu inside out and was able to steer us toward large plates with distinct taste profiles.

The owners, Michael Lyon, and executive chef, Karen McAthy, are vegans themselves.

Strict plant-eaters, even those who avoid cheese because of rennet, will be glad to know that they can order anything on the menu without worrying – even the wine, beer and spirits are vegan-friendly. Although the kitchen doesn't offer many raw options, more than half the menu is gluten-free.

Graze is strongly committed to sustainability. There's a garden in the back parking lot, fed with kitchen compost and rainwater collected on site.

And some of the dishes are very good. On my first visit, a few weeks after the restaurant opened in May, I was impressed by the food's meaty heft and depth of flavour.

Gluten-free perogies, already a fan favourite, are plumply filled with a sweet yam purée. The dough is made from buckwheat flour, fortified with ground flax and chia seeds. Sautéed oyster mushrooms, crispy shallots and pickled beet threads are strewn over top. On the side, there is sour coconut cream, smoky coconut-cheddar sauce and spicy tomato jam. The latter could use more acidity to balance the sweetness. But when you combine them all together in a gooey slather, these wholesome perogies are lifted into a sinfully rich comfort classic.

Coconut shows up again in a roasted parsnip pot pie (and several other dishes). This time as coconut-mustard cream for the braised kale tucked under a thick pepper-spelt crust.

Although repetitive, the coconut is a refreshing protein alternative to the usual 50 shades of soy.

So Graze does thick stews and creamy starches very well. And in the cold, rainy days of early spring, that's the type of cooking most people crave.

But now that we're in the height of summer, our palates have switched to green garden goodness. Unfortunately, despite its plant-loving ethos, this kitchen doesn't handle fresh ingredients with the same finesse.

The new summer menu includes basil-and-chickpea crepes filled with seasonal vegetables and organic tempeh. Though the crepe is nicely thin and crisp around the edges, the filling is watery and woefully under-salted (as was everything on this recent visit). There's a small smear of tomato-sage coulis on the side: Besides its complete lack of sage flavouring, there isn't nearly enough of it.

The raw enchilada is an extreme dish. But just because a dish is raw doesn't mean it has to be bland.

The raw-tomato tortillas are so chewy they're difficult to cut with a knife and fork.

An ice-cream sandwich could actually use some of that chocolate mole to quench the sandpapery dryness of its black-velvet cake layers. White-chocolate ganache in the seasonal apricot crumble is as tasteless as the cashew cream in the lentil paté.

A similar lack of balance is carried through to the bar.

Neither do justice to her recipes. The Whisky Prism is overly sweetened with marmalade, the Graze Spectrum is watered down with wine.

On a more positive note, the bar offers $5 corkage on certain evenings. Which nights? I'm not sure. The promotion occasionally pops on the restaurant's Facebook page.

Much like its Meatless Monday menus, cooking, cocktails and overall seasoning, this is yet another aspect about Graze that is sadly inconsistent. 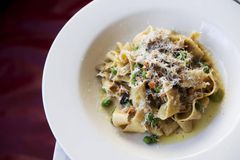 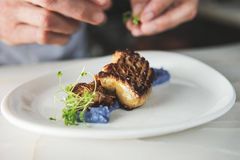 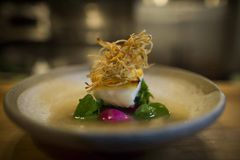 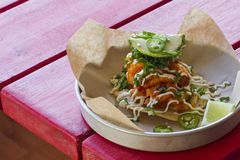 Tell our restaurant critic where he should eat west of Toronto
July 12, 2013
Follow Alexandra Gill on Twitter @lexxgill
Report an error Editorial code of conduct
Due to technical reasons, we have temporarily removed commenting from our articles. We hope to have this fixed soon. Thank you for your patience. If you are looking to give feedback on our new site, please send it along to feedback@globeandmail.com. If you want to write a letter to the editor, please forward to letters@globeandmail.com.
Comments