"Welcome, I'm the wine assistant," said the woman in grey. "Are you heading home?"

"No," I responded, a little confused by the question because I was already at home.

"Are you going to a dinner party?"

"No," I replied, disingenuously, just for the heck of it.

"I think you would do great with gamay."

Gamay?! Had the underappreciated red grape of Beaujolais really sunk so far as to be considered a passive-aggressive token of contempt? This clearly was no run-of-the-mill wine advice. But this also was no ordinary expert. It was Alexa, the voice-controlled personal assistant developed by online retail giant Amazon.

Launched in Canada in early December after three years in the U.S. market, Alexa can do many jaw-dropping things on command, such as: deliver news from such sources as CBC and The Globe and Mail; play music from Amazon's free digital catalogue; set timers and alarms; control compatible smart-home devices such as thermostats; and help with dinner by recommending local pizza joints or providing step-by-step recipe instructions for, say, fettuccine alfredo.

But what about a beverage to drink with that pasta? I had heard that wine-pairing apps were being developed for Alexa's big brain. Paranoia set in. I needed to know if she had the smarts to put a drinks critic like me out of work. Keen to get the lowdown, I sent Amazon a written request for a product loaner, specifically for a device called Echo, the physical hardware that powers Alexa (or vice versa). It's a cylindrical, Dolby-equipped loudspeaker enclosure approximately the diameter of, and slightly taller than, a can of beans.

It seemed as though I had barely finished hitting the "send" button when a courier appeared at the front door with one of those familiar brown Amazon boxes. My particular Echo model, priced at $129.99, came wrapped in a warm grey, cloth-like material that evoked the sort of fabric you'd find on a 1960s sofa; I thought Echo would look great against teak furniture next to an Esquire magazine and a reel-to-reel tape deck.

Immediately, I set about downloading a couple of dozen wine, beer and spirits "skills," sending them to Echo over WiFi using the free Alexa app on my smartphone. (I soon learned that apps are called skills in Alexa parlance and that to get the device to do anything, you've got to begin with "Alexa," the so-called wake word that arouses Echo from sleep mode.)

The skills I came across were all free and went by such names as Wine Expert, Wine Geek, Wine Facts, Drinking Buddy, Beer Me and Beer Snob, all developed not by Amazon but by third parties presumably hoping to strike it rich on the new tech platform.

Permit me to offer a few more highlights from my Alexa dialogues.

"I'm sorry, I currently do not know what combines with steak."

I had no better luck with "Indian dishes" or even "chicken." But I persisted with this app for one more try.

Not exactly passing-grade material on a sommelier test, I'd say. So broad and bizarre was the answer that I repeated my question twice to make sure I was pronouncing "pasta" clearly. No luck. I kept getting the same answer. I moved on.

"Here is your fact: Chenin blanc is a white wine."

Which would have been evident from the French term "blanc," non?

"Alexa, ask Wine Geek for a fact," I tried again.

"Here is your fact: Cabernet franc is a red wine."

And on it went the same way for a couple more tries. Bored to bits, I eventually decided to freestyle.

"Here is your fact: Grenache blanc is a white wine."

Could Alexa be drunk, I wondered?

I was rapidly developing a fractured impression. On the whole, I was mesmerized by the speech-recognition technology and the knowledge base that came as standard equipment with my Echo – no skills acquisition necessary. For example, I was able to say, "Alexa, should I take an umbrella today?" to which she responded, "No rain is expected in Toronto tonight." And I decided Alexa would have a permanent place in my home after I spontaneously asked her, with zero expectation of success, to "play something from Miles Davis." She instantly began shuffling a medley of the trumpeter's recordings in glorious hi-fi from Echo's 63-millimetre down-firing woofer.

But once you wade into the world of third-party skills launched by what the company tells me are literally hundreds of thousands of programmers developing for the platform, it's a crapshoot. More specifically, in the beverage world at least, many developers seem hung up on doling out random and mostly pointless trivia tidbits, showing little clue as to what most consumers might be interested in. Hint: How about wine-pairing suggestions for basic, popular food items?

On the beer and spirits front, things were equally bleak. I'm not sure I'd apply the descriptor "skill" to an app whose only function is to randomly generate names of small-batch craft brews that one could spend the next year trying to locate in one specialty store or another somewhere in America. The same goes for a cocktail app I came across.

"Alexa, ask Drink Suggestions what drink I should get."

"What about a pina colada drink today?"

I encountered glitches and bugs, too. When I tapped into Beer Me for information about a Belgian-style wheat ale known as witbier, Alexa inexplicably held forth on Flanders brown ale. And somebody obviously needs to expand Wine Expert's vocabulary. Several times I appealed to the skill for advice on what to sip with "sushi." Alexa kept offering pairings for "soft-cheese dish," as in "rich white, sparkling or sweet white wines."

The cocktail-recipe apps generally fell short in two ways. Most were woefully thin on content. Instant Mixologist, for example, was spot-on in describing how to whip up a mojito and a Manhattan. But as for the Rob Roy, Alexa once again drew a blank. Another app, Drinking Buddy, knew the margarita but came up dry on the Manhattan, and it defaulted to vodka over gin when asked about a classic dry martini (heresy!).

In almost all cases, Alexa also sped through the recipes far too quickly. The only bartender I know of able to sling bottles fast enough to keep pace would have been Brian Flanagan, a.k.a. Tom Cruise in Cocktail.

But I'm aware these are early days for virtual sommeliers. Alexa's skills all reside in the cloud, a set of publicly accessible computer servers out there on the internet. So, they are able to be honed and expanded all the time without you and me having to actively reinstall or update software.

Voice-operated robots will soon be everywhere, no doubt – with competing home products from Google and, more recently, Apple underscoring the trend. On the drinks front, it's only a matter of time before established publications such as Wine Spectator, high-profile critics and even retailers such as liquor boards get in the programming game, if they're not already. Then, thirsty consumers might be treated to something with greater utility.

I'm talking not just generic advice such as "steak pairs with cabernet," which would be a nice start, but specific recommendations for steak-friendly bottles currently selling for, say, $15 at a store near you. You won't even need to write down the brand name because every word of your Alexa dialogues is automatically captured, as I nervously discovered, in the app on your smartphone.

The talking booze bots will prevail. I'll bet a bottle of gamay on it.

How long before serving should I decant my wines?
January 31, 2018 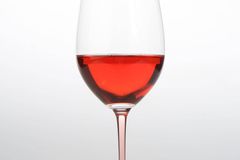 Forget warm-and-fuzzy reds – get hygge with it by pouring a glass of wintry white wines
January 24, 2018 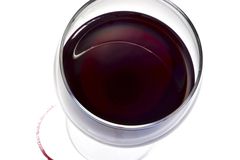