There is an unwritten rule in retail that you don't play Christmas music in stores before Remembrance Day. It's an admirable policy, sadly violated by a few chains in recent years. Cheesy shopping-foreplay tunes would be an insult as we prepare to mark a truly solemn date (especially, if you ask me, if that music happens to be Under the Mistletoe by Justin Bieber).

By that sound logic, I will resist calling the pricier offerings below "gift worthy" even though I'm not here to push product for profit's sake. I must say it was tempting, though. Mainly, it's simply because they're pricey, and spending lavishly seems more justifiable when the item's intended for someone else. Secondarily, most of the wines will be launched Nov. 11 in Ontario Vintages stores (with other provincial availability indicated) and they're in limited supply, so they may not last until the height of holiday-shopping season a few weeks from now.

So, let's not talk about the holidays just yet. Heck, that would also pre-empt my birthday, which is still days away and, if my friends are reading, may bring me a grand-cru white from Alsace or Chablis, like the first two wines below.

Okay, certified wine geeks, I know you love -- or at least are supposed to love -- riesling. And there are thousands to love. But let me say that this is the jam, a grand cru Alsatian, the sort of riesling to which most others look up like kindergarten children gaze up at their parents. Yes, it's from a large co-operative, but sometimes co-ops turn out great juice. Medium-bodied and dry, it squirts you in the face with ripe peach, green apple, lime zest and Castrol motor oil. Electric with tension yet not lame with unripe fruit or overly racy acidity. Serve it with roast turkey, pork of almost any description, a cheese selection, or cellar it for up to 8 more years. Available in Ontario.

It's rich, at least certainly for Chablis, the appellation where chardonnay is forced to go to private school and sit upright with elbows off the table. This is disciplined yet opulent grand cru white Burgundy, top-drawer stuff. Medium-full and chewy, it displays a creamy texture and finely chiseled acidity, with flavour notes of poached apricot, vanilla and honey. Available in Ontario.

Youthful in structure as well as in years. Beaucastel has always been a wine for the long haul. The 2015 flagship red from the Perrin family's crown-jewel estate is polished and juicy, bidding us a good bonjour with a firm tannic handshake (I suspect it's the 30-per-cent mourvèdre talking). There's plenty of supple, grenache-led plum and raspberry fruit, to be sure, but the equal attraction for some of us Rhône lovers comes in the form of big licorice, herb and black-pepper savouriness. Generous yet tight and structured. Approachable now, it should unfold well for up to 15 years, perhaps longer. The 2015 vintage is available in Ontario at the above price. Various other older and worthy vintages available across the country.

An Okanagan standard bearer, Osoyoos Larose could more quickly pass for regal red Bordeaux than could 99 per cent of New World wines trying desperately to bask in the French region's shadow. But maybe that's just stylistic pigeon-holing. This is entirely British Columbian, with the exception of fine French-oak barrels used in the cellar. It's got a core of cassis as well as whispers of mint, black olive, dark chocolate and minerals, with handsome structure assisted by a dump-truck-load of fine-grained tannins. Decant it for current enjoyment or lay it down for up to a decade. Available in Ontario. Other vintages available in various provinces.

A bona fide trophy red from Australia's McLaren Vale region, this displays classically generous Aussie fruit along with McLaren Vale's relatively cool, fresh and minty tang. Plum? Check. Vanilla? Check. Licorice and herbs? Check, check. It's all here in a package that would flatter lamb or beef or ribs and which should cellar well for 15 years. Available in Ontario at the above price, various prices in Alberta, $59.78 in Manitoba, $49.75 in Quebec.

Forty dollars is rich for sauvignon blanc, yes, but this one's uncommonly elegant. Medium-bodied and oily, it plays with peaches and stones, as in an orchard growing in a quarry. The fruity extract is big enough by Sancerre standards to support the tangy acidity. Available in Ontario.

Truth be told, it's not every year I love this wine. It's a special Argentine project of Michel Rolland, the Bordeaux-based, and by far world's most famous, wine consultant. Consistency is the man's trademark, as are creamy oak and soft tannins. Yet the wine seems to vary as much with vintages as a red Burgundy. Let's be happy about the 2013, though, which is full-bodied and Rolland-style velvety, with still-youthful fruit suggesting plum and blackberry. A blend of mostly malbec with minority contributions from merlot, cabernet sauvignon, syrah and petit verdot, it's approachable now and should evolve well for eight years or so. Available in Ontario at the above price, $25.99 in British Columbia, various prices in Alberta, $27.99 in Saskatchewan, $24.99 in Manitoba, $30.30 in Prince Edward Island, $33.80 in Nova Scotia, $32.49 in Newfoundland.

Major value. A supposedly humble red Bordeaux from Montagne Saint-Émilion, this bats way above average for its region and price point. Medium-full, with an abundantly fruity core of cassis, it delivers a big, Bordeaux-style mineral essence of rocky soil, brightened by tangy acidity. Serve it now with lamb or beef or cellar it for up to six more years for more of an earthy-tobacco essence. Available in Ontario at the above price, various prices in Alberta.

Full and smooth but with solid structure. A ripe malbec yet drier than most at this price, with intriguing bell-pepper and prominent herbal aromatics wafting over the fruit, supported by powdery, fine-grained tannins. Available in Ontario at the above price, various prices in Alberta, $27.38 in Saskatchewan, $22.99 in Manitoba, $24.80 in Nova Scotia.

Big wine from a little place, a.k.a. Lillooet, B.C., a few hours north and east of Vancouver. Fort Berens' White Gold chardonnay is aptly named; Lillooet was a hub of the 19th-century Fraser Canyon gold rush. The 2015 is remarkably rich and ripe for a wine weighing in at a moderate 12.5-per-cent alcohol. Medium-full in body, it's buttery and thick, with peach and pineapple flavours along with notes of caramel and toasty oak. Lots of new wood here, it seems; it could probably use a year to integrate more fully. Available direct, www.fortberens.ca. 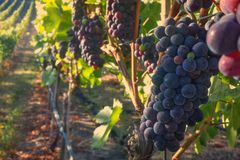 Expect rising costs for European wines due to droughts and cold spells
October 26, 2017 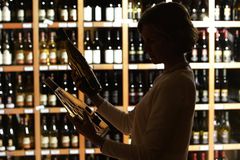 Is asking for chilled red wine a faux pas at a restaurant?
October 12, 2017 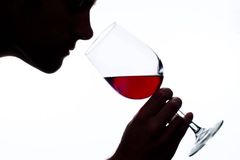