One advantage of not being super-rich, besides knowing you'll never have to run into a Kardashian in the waiting room at a private-jet terminal, is that it nudges you to discover offbeat wines.

Don't get me wrong. Most days I, too, would be happy to kick back in a stretch limo sipping nothing but the best. But when it comes to wine styles, that typically means living in a narrow universe. The vast majority of luxury cuvées encompass roughly 12 grape varieties (among thousands in existence), a handful of blue-chip regions (notably Bordeaux, Burgundy, Napa and Champagne) and a limited field of producers.

We of humbler means are forced to scour the globe for value. The upside – if we're adventurous in our tastes – is that it can lead down interesting back alleys.

I've got some under-$20 suggestions that fall outside the usual comfort zone. As in: a $14 merlot from the Republic of Macedonia, a smooth $15 red made mainly from a Portugal's castelao grape and a subtle white based on a southern Italian vine variety called coda di volpe.

For this column at least, I'm giving pinot noir and chardonnay the week off.

This comes from Puglia, Italy's stiletto heel, known mainly for primitivo and negroamaro. But it's a blend of mostly aglianico, the great grape of Naples and surrounds, along with cabernet and syrah. Rich and intense, with a nose suggesting shoe polish (pleasantly, I might add), it's as leathery as a Hell's Angels convention, with smooth blackberry fruit and supporting notes of mocha, exotic spice and chewy wood. Available in Ontario.

"Coda di volpe" means fox's tail. It's said to refer to the shape of the long, twisty grape clusters. Specific to the region around Naples, the variety until recently was little known. Mostly, it was mixed anonymously with other grapes to create blends. This 100-per-cent version has nothing wild about it. In fact, it's understated: light-medium-bodied but with a silky, soft texture and nuances of lemon and herb. A sheep in wolf's clothing? Available in Ontario.

A full-bodied red from the Tejo appellation near Lisbon, based principally on the fruity, fleshy castelao grape. It's pleasantly oaked, with a rich core of smooth, jammy raspberry complemented by hints of chocolate and baking spices. Perfect for steak or anything else beefy. Available in Ontario.

A blend of syrah and mourvèdre from southern France, this major bargain dishes up no shortage of cherry- and plum-like fruitiness, but the real draw is in the licorice and Mediterranean-herb savouriness. Medium-bodied, it would pair beautifully with roast leg of lamb or, frankly, pretty much anything you'd find in a French bistro; $13.70 in Quebec, $14.99 in New Brunswick, $14.99 in Nova Scotia.

The tiny Republic of Macedonia once produced most of the wine in Yugoslavia, from which it gained independence in 1991. Its current vine acreage is more than four times that of Niagara, and there's been a renaissance among newly private producers during the past two decades. This expressive red shows the right degree of funky barnyard on the nose. On the palate, it's medium-full-bodied and supple, with smooth, jammy plum and blackberry coulis fruit and vanilla. Available in Ontario.

A terrific producer of underpriced whites, Rabl captures the essence of Austria's signature grape, grüner veltliner, in this affordable example. Light-bodied, it starts subtly sweet, with notes of pear and peach, then swings quickly into the dry zone. Various prices in Alberta.

These wines from Argentina and Chile please the palate and the pocketbook
January 19, 2016 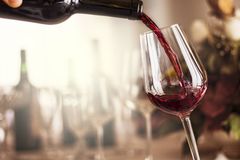 Can I use leftover Champagne for cooking?
January 5, 2016 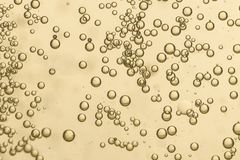 What is a wine critic's most indispensable wine accessory?
December 16, 2015 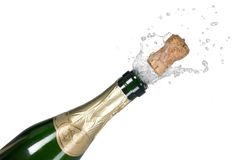