For a country that loves its bacon as much as its beer, you would think we would be raising pints of smoked lager at pubs across the country.

But in Canada's most venerated brewpub, Montreal's Dieu du Ciel!, even the beer-worshipping regulars are encouraged to taste the Charbonnière (Coalwoman) smoked beer before ordering a whole pint.

"It's not a beer for everyone," the brewpub's president, Stéphane Ostiguy, says over a half-pint of the chestnut-hued brew. "But some people are addicted to it. They come in three or four times when it's on tap."

Instead of drying the malt using steam, smoked beer is made by drying some or all of the malt over a wood fire. Depending on the type of wood used and how much smoked malt is added to the recipe, the beer can have notes ranging from a hint of toast, to barbecue, bacon, smoked-meat sandwich, peat, campfire and, at its strangest, ashtray.

These days, that acquired taste is one that more and more malt fiends are clamouring for. Most craft breweries in the U.S. make at least one smoked beer – Rogue Ales, a popular craft brewer from Oregon, makes at least three smoked varieties. Canadian microbreweries are beginning to follow suit, producing seasonal or one-off versions from coast to coast.

Dieu du Ciel! was one of the first Canadian breweries to make the niche style. Mr. Ostiguy and his partner, Jean-François Gravel, were inspired by the "dense smokiness" of Schlenkerla rauchbier brewed by a family-owned outfit in Bamberg, Germany, that has been making the beer since 1405. They brewed the first batch of Charbonnière in 1999, making small tweaks to the recipe over the years. This year, they added a bit of malt cured over cherry wood for a bolder, more woodsy flavour.

Still, rauchbier virgins should be wary of starting with anything bolder than the Bavarian original. Made with 100-per-cent smoked malt, the beer is a bit like taking a bite of a double bacon and smoked-meat sandwich on rye and washing it down with a swig of cola.

"Drinking a Schlenkerla is like travelling through time," says Matthias Trum, sixth-generation president of the brewery. "Before the Industrial Revolution, most brewers dried malt over an open flame, and 3,000 years ago most farmhouses had a grain house where they vented smoke from the kitchen to keep all of their grains, vegetables and meat dry and insect-free.

"So we all come from smoke," he says.

As the craft beer market continues to boom, with a 45-per-cent jump in sales of microbrews from 2010 to 2011 at the Liquor Control Board of Ontario, more and more Canadians are getting a thirst on for bolder, more flavourful beer. Rauchbier allows for a wide array of tastes, meaning that there's a smokey brew out there for every palate.

On the subtle side, Bellwoods Brewery, a new brewpub operating out of a converted garage on Toronto's hipster-fied Ossington strip, has a smoked Berliner Weisse on tap. At just 3.6 per cent alcohol by volume, this straw-coloured wheat beer has a funky sourness: Add a bit of smoked malt and the resemblance to smoked gouda is uncanny. It's a tart summer sipper with just a hint of smokiness, a perfect accompaniment to barbecued chicken or white fish.

In Halifax, Greg Nash, the brewmaster for two brewpubs in the city, also likes to keep smoke in the background of his brews. "People who love stouts and porters go crazy over it when I add a little smoke," he says. These black lagers already have natural roasted notes and hints of smoke, "so adding beech-wood-smoked malts simply enhances that flavour," he says.

Each April at Rockbottom Brewpub, Nash releases Balticus, a deep black Baltic Porter that is reminiscent of dark chocolate melted beside a campfire, and he is planning to put another black, smokey brew on tap there this fall. And at the Hart & Thistle, a gastropub on Upper Water Street, he brews a few smoked lagers every year. Past creations include a smoked-beech-wood porter "fortified" with the addition of Smokehead Scotch whisky and a thick, Scottish Oatmeal Stout.

Mr. Nash recommends trying his porters with a triple chocolate cake with raspberries on the side, or using it as a marinade for ribs with some garlic, ginger and soy sauce. When pairing with dark smoked brews, a good rule of thumb is to choose red meats, strong cheeses and other rich and intense flavours that can stand up to the roasted, tobacco notes.

On the extreme end of flavours sits Holy Smoke from Church-Key Brewing, a veteran craft brewer housed in a former Methodist church outside Campbellford, Ont. Owner and brewmaster John Graham was inspired by his love of peat-heavy Scotch from the Lagavulin and Laphroaig distilleries. He ordered the same malt as the Islay distillers use – smoked peat from British maltster Thomas Fawcett & Sons. His Scotch Ale is made with 10 per cent of that malt, giving the deep-red brew a rough, earthy flame-like flavour that scratches the back of the throat.

Holy Smoke was – and continues to be – a divisive brew. "It's our most award-winning beer, but not our biggest seller by any means," Mr. Graham says.

"If we run low, it's the one people ask for the most, but other people say it tastes like an ashtray," he says. "I don't take offence, though. People say the same thing about Scotch." 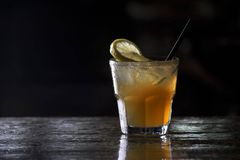 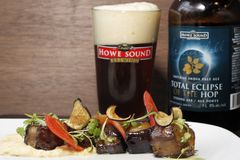 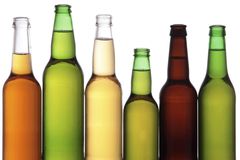