When Mahatma Gandhi said, "Be the change you want to see in the world," he might have been talking about Ellen Johnson Sirleaf.

At 74, Ms. Sirleaf continues to lead a life of change, breaking barriers. In 2005, she became president of Liberia, the first female to be elected as a head of state in Africa.

In 2011, she was one of three women to share the Nobel Peace Prize (her co-winners were fellow Liberian Leymah Gbowee and Tawakel Karman of Yemen.) The Nobel committee recognized the prize-winners "for their non-violent struggle for the safety of women and for women's rights to full participation in peace-building work," adding that Ms. Sirleaf "has contributed to securing peace in Liberia, to promoting economic and social development, and to strengthening the position of women."

Born in Liberia and educated in the United States, Ms. Sirleaf's background embodies the unique history of Liberia, which was colonized beginning in 1820 by freed African-American slaves. Liberia became an independent nation in 1847 – 20 years before Canada – and was a founding member of the United Nations.

Liberia's capital, Monrovia, is named after the fifth U.S. president, James Monroe, who supported colonization. Tensions developed over many years between the descendants of the freed African-Americans and those who traced back their lineage to native Liberians.

The country endured two terrible civil wars since 1980, with approximately 250,000 people killed. A peace agreement in 2003 led to the election that Ms. Sirleaf won two years later, and she was re-elected in 2011.

We Day's supporters and participants know that there is no better way to Free the Children than education, and so does Ms. Sirleaf. In 2007, as Liberia celebrated its 160th birthday, she issued an executive order making education free and compulsory for all Liberian children of elementary school age.

In addition to being a game-changer for young people, free education sends a strong message in a world that still struggles against child labour and military conscription. Ms. Sirleaf also signed into law West Africa's first freedom of information legislation.

Speaking at the 2011 commencement ceremonies at Harvard University (where she studied from 1969 to 1971), the Liberian President spoke about her non-violent struggle:

"Today, we are proud that young Liberian children are back in school, preparing themselves to play a productive part in the new Liberian society. Our seven-year-olds do not hear guns and do not have to run. They can smile again."

Ms. Sirleaf added that she is proud "that we have moved our war-torn nation from turmoil to peace, from disaster to development, from dismay to hope. And it was the Liberian women who fought the final battle for peace, who came, their number and conviction the only things greater than their diversity, to demonstrate for the end to our civil war."

Just a few weeks ago, Ms. Sirleaf called for the developing world to support the United Nations' goal of bringing access to energy to the entire world by 2030.

Writing in Foreign Policy magazine, she noted that the Dallas Cowboys' stadium uses more energy than all of Liberia, and that 1.2 billion people – a fifth of the people on Earth – live without reliable access to electricity, according to the World Bank.

"As the first female president of an African state, I'm particularly concerned about the disproportionate impact energy poverty has on women and girls. In many places without power, women and girls are forced to spend hours each day in the time-consuming task of hunting for fuel and firewood – often a key reason that girls spend less time in school than boys," Ms. Sirleaf said.

"Women are also disproportionately affected by respiratory illness as a result of indoor air pollution from open fires and kerosene used for cooking, heating, and lighting. Even the simple act of being outdoors becomes fraught with danger for women and girls in some places when the sun goes down and there are no streetlights."

It's time for everyone to work together for change, the Liberian President says. Or, according to her example, to be the change. 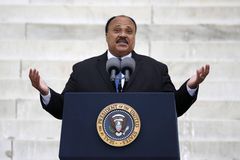 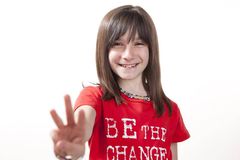 The Kielburgers: Schools the first brick in building a community
September 16, 2013 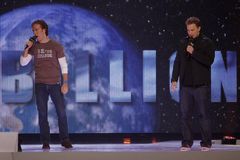