Jumping the shark is an idiom that is used to describe the beginning of the end - the point where a TV show's plot spirals off into such an absurd direction that it is clearly unsustainable. (The expression derives from an episode of Happy Days in which the Fonz, wearing a bathing suit and leather jacket, jumps over a shark on water skis.) In Canadian health care, we have an equivalent to jumping the shark: eating the cookie.

Last Friday, Stephen Duckett, the chief executive officer of Alberta Health Services, emerged from a meeting about the crisis in the province's emergency rooms and refused to speak to reporters.

Not a big deal, except for his odd excuse: "I'm eating my cookie - can't you see I'm eating my cookie!" At one point, as journalists chased Mr. Duckett down the street while he masticated his sugary snack, you would swear he actually spoke in the Cookie Monster voice. (The video from CTV Edmonton is posted on YouTube, as is a hilarious mash-up entitled "Put that cookie down Mr. Duckett.") The CEO, who oversees a $10.9-billion budget and, to a certain degree, has the lives of people in his hands, should be respected, or at least feared. But he has become a laughingstock.

It is only a matter of time before he is out of work - and the AHS board has convened a teleconference on Wednesday to discuss his future. That meeting will feature the letter F because F is for firing. Late in the day, they were still deliberating his fate -- presumably not over milk and cookies.

There was a time - in the days before YouTube - when public figures could get away with lapses of judgment. Mr. Duckett could even be forgiven his channelling of a beloved Sesame Street character, except that Alberta's system is a lot worse off than it was when he was hired 18 months ago.

What was inarguably the best health system in Canada is now in shambles. The way that ER wait times have ballooned is symbolic of a lack of leadership. The morale of health professionals is at an all-time low. The much-needed investment in infrastructure has slowed dramatically. Stumbling around aimlessly seems to have become the modus operandi.

It's easy to blame Mr. Duckett for those woes, especially since he comes across as haughty and acerbic, even when he's not wielding an oatmeal weapon. The reality is that he was given an impossible job: to cut health spending and restructure the provincial health system from top to bottom.

Worse yet, Mr. Duckett was given little political support. Almost every time he made a change that was unpopular, he was second-guessed by the Health Minister and the Premier.

He was also paid poorly. And, yes, a $575,000 base salary and performance bonuses of $76,619 are chintzy, at least relatively; it's less than some CEOs in Ontario hospitals receive. It will cost the province about a year's salary to fire him.

When Mr. Duckett is turfed, foes of restructuring would do well to hold the applause. The fundamental problem will remain: The government of Premier Ed Stelmach has absolutely no vision for health care. It seems to have nothing but a half-baked idea on how the system should be structured.

All it has offered up are vague corporatist platitudes about creating a "21st-century health system" that is "lean and mean" and more "effective and efficient" - as if the health system is a cookie factory where you can trim a little sugar and flour to make a cheaper product.

Alberta had, in the past decade or so, created the best, most innovative health system in Canada. Regionalization allowed health authorities to shape services to local needs, created better continuity of care, made the system more responsive, improved public health and led to strong alliances between university researchers and health regions. There was also some healthy competition between regions that benefited patients.

But regionalization also created powerful, independent health leaders such as Sheila Weatherill of Edmonton and Jack Davis of Calgary, who used their influence to push for massive infrastructure investment, new research funding and ever-larger health budgets.

Mr. Stelmach blew up the structure and replaced the regional health authorities with a single "superboard" to oversee all health-care services in the province. The move was motivated principally by petty politics. Mr. Davis and Ms. Weatherill had become so powerful that they were perceived as threats, not to mention that their politics did not align perfectly with those of Mr. Stelmach's rural conservatism.

What Alberta got was political revenge posing as health reform and fiscal prudence.

Mr. Duckett was simply the mercenary hired to do the dirty work on the ground.

Thanks to an endless series of "knucklehead" decisions (to quote renegade MLA Raj Sherman), not so much by Mr. Duckett as his political masters, a decentralized patient-centred health system has been transformed into a centralist, patient-contemptuous health system.

When the final calculation is done, it will probably show that a lot more money has been wasted than saved. The experiment - or whatever it was - is a failure.

Now, Mr. Duckett is eating the cookie, health workers are being left to pick up the crumbs and the public is getting the shaft.

Mr. Stelmach's response to cookiegate has been to say he is "tired of the theatrics" in health care. He should be less concerned with appearances and more focused on instituting public policies that allow for the delivery of prompt, high-quality health care in a cost-effective manner.

Fixing this mess is going to be a lot more painful than creating it. It requires leadership and a strong stomach. In the immortal words of the Cookie Monster: "Om nom nom nom."

Editor's Note: Eleven of Ontario's 154 hospital CEOs are paid more than $575,000 annually. Due to an editing error, incorrect information originally appeared in this article. 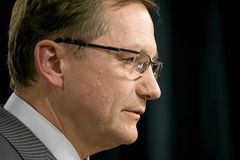 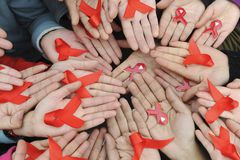