You can’t put a price on health. But according to a new analysis of data from a reward-based fitness app, you can put a price on what it takes to get Canadians more physically active – and the final tally is surprisingly modest.

The Carrot Rewards app, launched with $7.5-million of federal and provincial funding in 2016, enrolled more than a million users with the promise of incentive points worth just four cents a day for hitting personalized steps targets. The result, according to researchers at the University of Western Ontario and the University of British Columbia: more than 100,000 Canadians crossed the threshold from inactive to physically active, representing potential societal savings of hundreds of millions of dollars in health-care and other costs.

But what seems like a simple good-news story turns out to be more complicated. The app was discontinued last June when government funding ran out, the casualty of a continuing debate about whether incentives really promote lasting behaviour change – and if so, who should pay.

“Historically, people thought that rewards don’t work,” admits Marc Mitchell, a kinesiology professor at Western University and lead author of the new study, which was published in the International Journal of Behavioral Nutrition and Physical Activity last month.

The problem, according to a half-century of psychological research, is that offering extrinsic rewards – like money – undermines your intrinsic motivation for a given task. Once you start feeling that you should be paid to do something, you’re less and less willing to do it for free. But that finding mainly applies to activities that you already enjoy doing, Mitchell says: if you have no intrinsic motivation to exercise, you’ve got nothing to lose.

Numerous studies have shown that financial rewards can indeed jump-start exercise habits. Mitchell and his colleagues designed the Carrot app with two further goals in mind: to reduce the size of the reward needed to spur exercise, and to help avoid the eventual loss of interest that leads people to abandon most fitness apps after six to 12 months.

To drive costs down, they drew on ideas from behavioural economics. By offering a reward as soon as the daily step target was met, they exploited “present bias,” which is the human tendency to prefer immediate payoffs rather than hazy long-term benefits like better health. And by offering loyalty points rather than simple cash, they exploited “numerosity,” our fondness for big numbers. As a result, the overall annual incentive cost was between just $5 and $10 per user.

To encourage lasting use, the app drew on ideas from self-determination theory, a framework used in psychology to understand motivation. For example, rather than applying an arbitrary goal like 10,000 steps, the app uses individual data to formulate realistic and personalized goals.

The results, according to the new analysis of a sub-group of 39,000 users from British Columbia and Newfoundland, were encouraging. More than 60 per cent of users stayed engaged for at least six months, and these users boosted their daily step count by between 1,200 and 1,800 steps – an improvement with the potential to produce significant changes in health and longevity.

All of which makes Carrot’s demise disappointing, Mitchell says. The defunct app was recently purchased by Toronto-based tech company Optimity, which plans to revamp and relaunch it, but the details – including the crucial one of how to fund it – haven’t yet been worked out. One option, he says, is to get companies to offer points as a form of advertising.

The other hurdle is more conceptual: getting society to accept the idea of paying people to exercise.

“Ideally we want to create a culture that embraces and encourages exercise in a manner that promotes an intrinsic motivation – people doing it because it is part of their life,” says Tim Caulfield, a professor of health law and science policy at the University of Alberta.

“That said, exercise is so central to public health, I’ll take more movement any way movement can be created.”

How to harness the power of the midafternoon nap
March 2, 2020 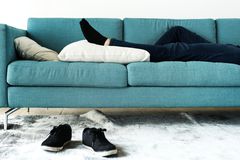 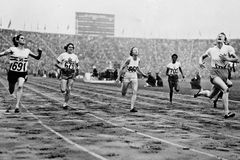 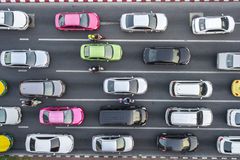