The question: I tested positive for COVID-19 a few weeks ago. I experienced some mild symptoms such as fever, cough and fatigue, but I seem to have fully recovered. Am I now immune to COVID-19, and can I go back to living a normal life – free of wearing a facemask, constant hand washing and physical distancing?

The answer: Don’t discard your facemask just yet. SARS-CoV-2, the novel coronavirus that causes COVID-19, is so new that medical experts are still trying to determine how long immunity might last following an infection.

In fact, troubling evidence suggests immunity might be very short-lived in some people.

U.S. researchers recently published a case report of a Nevada man who was re-infected within six weeks of first testing positive for the virus. And for this 25-year-old patient, the second bout of the illness turned out to be worse than his original infection; he had to be hospitalized and given extra oxygen because of difficulty breathing.

Immunity lasting for only a few weeks is probably the exception rather than the rule, says Dr. Andrew Morris, medical director of the antimicrobial-stewardship program at Sinai Health and the University Health Network in Toronto. After all, he notes that more than 40 million people worldwide have contracted COVID-19 and, so far, only a handful of re-infections have been identified.

“I think we can comfortably say it is extremely unlikely that someone will be re-infected in the short term. What we don’t know is the long term,” says Morris.

Will immunity last several months or a few years? Researchers just don’t have enough information to make a reliable prediction.

What can be said with some certainty is that the body’s immune system usually produces specialized cells to guard against subsequent attacks from a microbial invader.

“Like an army, there are different types of immune cells that carry out specific jobs, and they all work better together,” says Rob Kozak, a scientist and clinical microbiologist at Sunnybrook Health Sciences Centre in Toronto.

For instance, antibodies will bind to the surface of a virus, marking it for elimination by other immune cells. And if the virus evades detection by the antibodies and actually enters a cell, so-called T-cells can destroy the infected cell to prevent the virus from replicating.

After an infection is over, the immune system usually develops a type of memory of the foe so that the body’s defences are primed and ready for future attacks.

Blood tests can reveal if a patient has developed antibodies to a pathogen. But, in the case of COVID-19, researchers don’t know how many antibodies are needed to successfully fight off subsequent infections, says Kozak.

As a general rule, these protective antibodies tend to decline over time. We can also expect that the ability to beat back the virus will vary from person to person – depending on an individual’s genetics and overall health. Furthermore, a virus can mutate, essentially presenting as a brand-new threat.

So, immunity acquired through an infection isn’t a sure thing.

However, researchers are confident that they can create effective protection with a vaccine – several of which are currently under development.

“A vaccine can be formulated to enhance the immune response,” explains Kozak. He notes that adjuvants – or immunological stimulants – can be added to a vaccine so the immune system produces more antibodies and long-lasting protection.

Even so, it will likely be some months before one of the vaccine candidates clears all the safety and effectiveness tests and is ready for the general public.

In the meantime, everybody – include those who have already recovered from a bout of COVID-19 – should do their best to protect themselves and others from infection, says Dr. Allison McGeer, an infectious-diseases physician at Sinai Health.

She readily acknowledges that some people who have already been infected may be tempted to forgo such precautions because they might assume they are immune. And, unfortunately, the medical community can’t provide them with an accurate estimate of their potential risk of re-infection.

“Until we have more data, it is really hard to say anything other than you just need to be careful for now,” says McGeer. 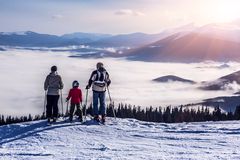 Does a mask protect me from COVID-19 infection? Understanding the latest public-health guidance
November 12, 2020 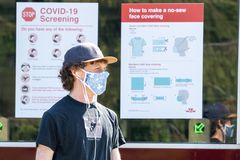 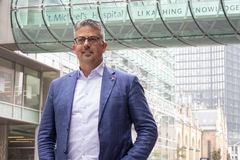