As her dementia was progressing about two years before her death, Hélène Tremblay Lavoie lost her ability to speak English. The Toronto resident had been fluently bilingual, but when only her native French remained, her daughter Sylvie Lavoie struggled to find her long-term care.

For eight months near the end of her mother’s life, Lavoie would drive the roughly four-hour round trip from her home in Toronto to Welland, Ont., to visit her at the nearest available facility where staff could communicate with her in French.

Almost a decade later, the need for French services for aging francophone adults in the Toronto area is greater than ever, says Lavoie, founder and chief executive of the Hélène Tremblay Lavoie Foundation, created to address this gap in care.

Studying the potential link between dementia and domestic violence

As the population of older adults increases in Ontario, policy experts and advocates such as Lavoie are pointing to an urgent and growing need to bolster long-term care and dementia care for patients in their mother tongue. At a time when the Ontario government is promising to create 15,000 long-term care beds within five years, they want to ensure francophone patients and patients of other linguistic and cultural minorities are not left out.

Providing services in a common language is far from a frill, they argue. It’s critical for patients’ health, safety and quality of life – especially since many with dementia revert to their first language when their mental abilities decline.

Currently, the waiting times for a spot in a long-term care facility that provides services in French can be up to five years, says Lisa Levin, chief executive officer of AdvantAge Ontario, an association representing not-for-profit long-term care, housing and services for seniors.

“Access to French-language long-term care services is not equitable across the province,” Levin says, noting there are only a few homes in the province that have bilingual staff, mostly in the northern and eastern parts of the province.

As a first step to carrying out its pledge, the Ministry of Health and Long-term Care is adding new 6,000 beds, which have been allocated to projects across the province, David Jensen, a spokesperson for the ministry, said in an e-mail. He added that project applications for new beds that are dedicated to specific cultural or linguistic needs “will be taken under consideration and verified by the ministry.”

Some may think providing language access is merely “a nice thing we can do,” says Dr. Sarah Bowen, a retired university professor who now works as an independent consultant based in Nova Scotia. But when care providers and patients can’t speak the same language, it poses risks not only to the patient, but to the entire system, says Bowen, a published authority on the impact of language barriers on health and health care, who has prepared reports for Health Canada and Société Santé en français.

Language barriers can limit patients’ access to health promotion and prevention efforts, such as cancer screening, which means patients may delay seeking care until their conditions are more serious, Bowen says. They can also seriously hamper the management of chronic conditions, such as asthma or diabetes, which depends on good communication between patients and their health team.

Moreover, language barriers can affect those with mental health issues, especially given that the process of making diagnoses can yield very different results, depending on whether patients are tested in their first or second language.

There are a number of hidden costs to the health-care system when language services are not provided, Bowen adds. Health care providers tend to act more cautiously when they can’t communicate with patients. Research shows this may result in more tests and increased lengths of stay in hospitals, she says. When patients don’t get an accurate diagnoses because they are not understood, they tend to have repeat appointments for the same issue, and there are more likely to be complications. And if patients don’t give informed consent because they don’t fully understand what they’re signing, organizations may be at greater risk of legal problems, she adds.

While these issues apply, regardless of the language, the availability of French services is a measure of how well patients who speak other languages are served, Bowen says.

“If we cannot provide those services even for official-language minorities, … everybody should be concerned,” she says.

Lavoie says there is a need for creative solutions to keep older adults in their neighbourhoods and communities. These may include having francophone community groups issue bonds to raise money to purchase local buildings for care facilities, or urging the government to create a tax-free savings plan, similar to a Registered Education Savings Plan (RESP), that could allow people to save for personal support workers in their later years. Lavoie raised these ideas at a forum in Toronto last month, organized by her foundation to discuss the issue of long-term care for francophones in the Greater Toronto Area.

With the diversity of Ontario’s population, there isn’t always the critical mass of a particular linguistic or cultural group to have an entire facility that can meet its needs, Levin says. One solution is to have a unit or floor within a long-term care home that is dedicated to serving francophone patients, for example, she says.

Studying the potential link between dementia and domestic violence
December 2, 2018 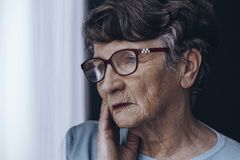 Spouses of those with dementia face radically altered marriages
October 1, 2018 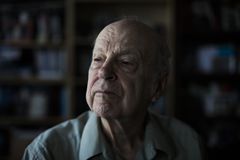