Canadians born between 1945 and 1975 – essentially the baby-boom generation – should be tested for the potentially liver-destroying virus hepatitis C, a new set of guidelines recommends.

More than 250,000 Canadians are believed to be infected with hepatitis C, but 40 to 70 per cent are unaware they harbour the blood-borne virus because it can take decades before symptoms become evident. Chronic infection can lead to cirrhosis of the liver or liver cancer.

The Canadian Association for the Study of the Liver, a national group of health-care providers and researchers, published its guidelines on testing and treating hepatitis C in Monday’s edition of the Canadian Medical Association Journal.

A key recommendation is that people be tested based on their age – not only possible risk factors, said Dr. Jordan Feld, a liver specialist at Toronto’s University Health Network and a co-author of the guidelines.

“And the reason we’ve done this is it just happens that somewhere between two-thirds and three-quarters of people with hepatitis C were born between 1945 and 1975 in Canada,” he said.

“So just the way someone gets a blood-pressure check or a cholesterol check or a colonoscopy based on their age, we would recommend that they get a hepatitis C test if they’re born between those years.

“And if we do that, we hopefully diagnose the vast majority of people living with hepatitis C.”

The recommendations differ from those issued last year by the Canadian Task Force on Preventive Health Care, which advised screening only people at high risk of infection, no matter their age.

“If we could identify people who were not at elevated risk of hepatitis C, I would be all for saying we shouldn’t screen those people,” Dr. Feld said. “The problem is we aren’t very good at identifying [them].

“That means we have to ask people about risk factors … and most people don’t know whether they’ve been exposed.”

People at high risk include those who engaged in IV drug use with shared needles; had a tattoo or body piercing with unsterile equipment; had unprotected sex with multiple partners; or received a blood transfusion, blood product or an organ transplant prior to 1992.

One of the arguments the task force made against age-based screening was the lack of access to effective treatment.

But since those guidelines were issued, hepatitis treatment has improved dramatically with the advent of anti-viral medications, Dr. Feld said.

“The old treatments were difficult to take, had lots of side effects and a low cure rate. Our current treatments are as simple as a pill or a few pills a day for as little as eight to 12 weeks, with cure rates above 95 per cent,” he said.

While the drugs are relatively expensive, they are cost-effective in terms of the health-care resources needed to treat advanced liver disease and other complications of chronic hepatitis C infection, Dr. Feld said, adding that almost all private and most provincial and territorial drug plans now cover their cost.

Screening for the hepatitis C virus, or HCV, involves an inexpensive blood test. Most people exposed to the virus are able to clear the infection, so more than 98 per cent of those tests will be negative, based on prevalence studies of the disease.

But for those found to be chronically infected, the test can mean timely life-saving treatment.

“Our nightmare is when we see someone who is coming to see us for the first time because they have symptoms,” he said. “They only develop symptoms when they already have cirrhosis and very advanced liver disease in general.

“But we really don’t want to wait until that point because the treatments don’t work quite as well in these sick folks. We cure the infection, but we don’t reverse all of the liver damage.”

In a related commentary, doctors Jawad Ahmad and James Crismale of the Icahn School of Medicine at Mount Sinai in New York lauded the new recommendations.

“The updated Canadian Association for the Study of the Liver guideline takes an important step in continuing the fight against HCV in Canada, expanding screening indications to the baby-boomer cohort and recommending curative therapy to all individuals affected by HCV.”

“But we’re not going to get there unless we screen and treat those who are infected.” Hip-replacement technique helps get patients back on their feet sooner
May 27, 2018 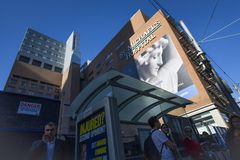 Gonorrhea, other STIs on rise in Canada: public-health experts
May 29, 2018 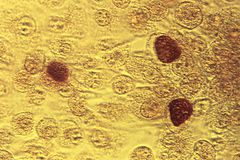