Last summer, I thought I was getting myself into the best shape of my life. I would roll out of bed at 6:30 a.m., run 10 or more kilometres, then eat exactly one English muffin with peanut butter and six slices of banana.

I waited nearly five hours until my next meal, ignored the pain in my stomach, and beat the hunger pangs by drinking water. As a runner for the University of Victoria, I wanted to transform my body to become even leaner on my six-foot frame, which I thought would help me crush my personal best times on the track.

I had all the signs of a dangerous cycle in athletics known as Relative Energy Deficiency in Sport (RED-S), I just didn’t know it at the time.

RED-S happens when athletes, consciously or unconsciously, don’t consume enough calories to keep up with their metabolic needs – resulting in injury or illness, such as stress fractures, shin splints or repeated menstrual cycle loss in females and low testosterone for males. Symptoms can also include depression.

For nearly 30 years, researchers thought this was an issue just for female athletes. A seminal paper published in 1986 in the Journal of the American Medical Association by Barbara Drinkwater highlighted low energy intake with menstrual dysfunction and bone health that helped to establish the term Female Athlete Triad.

Five years ago, that name was changed to RED-S in a paper published by the International Olympic Committee (IOC), co-authored by sports physician and clinical scientist Margo Mountjoy, a professor in sports medicine at McMaster University and the clinical and academic lead of the Health and Performance Centre at the University of Guelph.

The first time I heard about RED-S was last fall, was when I reached a new low, 133 pounds, and my university coach brought me into his office to talk about my leaner physique. He told me about the condition, and said I may be sabotaging my own goals by purposefully tracking each calorie I consumed. He said he admired my work ethic, but wished I would put that same determination into my nutrition.

Symptoms associated with RED-S can develop in athletes if they are short as little as 300 calories a day – the equivalent of a smoothie, says Trent Stellingwerff, director of performance solutions at the Canadian Sport Institute Pacific in Victoria.

There are various reasons why an athlete may underfuel, from not preparing enough snacks during the day, to situations such as mine, where athletes try to achieve a physique that gives them an advantage.

Gymnasts, for example, may need to keep a certain frame in order to flip over bars and hurdles, Dr. Stellingwerff says. Athletes in judged sports such as gymnastics, figure skating and diving can also be at higher risk of RED-S.

Someone with RED-S doesn’t necessarily have an eating disorder, Dr. Stellingwerff says.

“It can mean you have an eating disorder, but it might just mean you’ve decided to do four more morning runs a week, and if you add that all up and don’t adjust calorically, very quickly in a couple weeks you’ll be in RED-S.”

RED-S is the consequence of an athlete overtraining, or not consuming enough calories throughout the day to replenish their body’s nutritional needs. For example, Dr. Stellingwerff has seen orthorexia nervosa – a term used to describe obsessively clean eating – in a lot of athletes recently, but it isn’t classified as a full-blown eating disorder such as bulimia or anorexia.

Since the 2014 IOC Consensus Statement, Dr. Stellingwerff says sports medicine doctors are getting a better at diagnosing RED-S in athletes, with the help of an assessment tool that includes a list of criteria that includes risk factors such as extreme weight loss or abnormal menstrual cycles. More research has also outlined health and performance outcomes of an athlete with RED-S.

A 2018 study outlined the prevalence of low energy availability and RED-S in 1,000 athletes attending a sports medicine clinic, and confirmed many risk factors that are associated with RED-S – including poor bone health, cardiovascular deficits and menstrual dysfunction.

More research has also found the presence of RED-S in sprint and power athletes, a sport that was not previously thought to have a connection with RED-S.

However, even with this breakthrough research, Dr. Mountjoy and Dr. Stellingwerff co-authored an editorial that said the true magnitude of RED-S is underestimated because there have been no studies into the prevalence of RED-S in team sports.

She compares the situation to concussions in football.

“RED-S is so silent, like there’s no visible sign until someone gets a stress fracture or something that [indicates] someone may be in trouble. In fact, the athlete may be feeling leaner, look good and perform better at first,” Dr. Mountjoy said. “When they run into trouble, like they’re not performing any more, and they have mental-health issues, they just think you aren’t trying hard enough, and then they try harder.”

That rang true for me. While I thought I was getting myself into the best shape of my life, during the following season I failed to beat any of my personal bests from the year before. I considered dropping the sport altogether.

It was all too much, I thought, between the running, constant pressure of measuring food intake, inspecting the fat and calorie labels, and being disgusted with my body whenever I looked in the mirror.

Nearly a year after that conversation with my coach, I have stabilized my weight at 150 pounds. I can also enjoy going out the door for a run again, without the heaviness that comes from worrying about my weight.

Which rice is the most nutritious to eat? Subscriber content
August 23, 2019 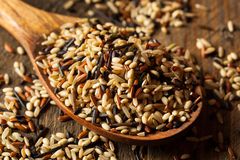 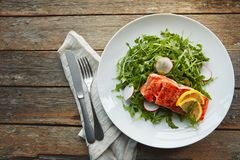 What causes bedsores, and how can you prevent them?
August 12, 2019 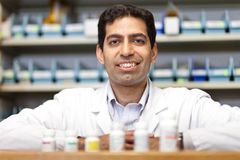