For the clinicians gathered in Vancouver earlier this fall for the World Congress of Sports Physical Therapy, Norwegian researcher Roald Bahr had a sobering message: You can’t predict the future.

Bahr was speaking about the widespread use of screening tests that assess strength, flexibility and other physical measures to predict which athletes are most likely to get injured. His conclusion – “it’s fortune-telling”– is a blow to the idea that we can catch and prevent injuries before they even happen.

But that doesn’t mean injuries are inevitable. Instead, Bahr argues, it means that injury-prevention tools such as a unique warm-up routine developed at the University of Calgary should be adopted by everyone, rather than just those who are supposedly at high risk.

On the surface, the goal of predicting sports injuries seems feasible. Hundreds of studies over the years have measured several risk factors and then followed the athletes for a few seasons to look for differences between those who get injured and those who don’t. And many of those studies have been successful.

For example, Bahr himself was a co-author of a 2016 study published in the American Journal of Sports Medicine in which 614 professional soccer players in the Qatar Stars League were tested for hamstring and quadriceps strength. Over the course of four seasons, a staggering 190 of those players suffered hamstring strains, which represent the most common non-contact injury in the sport.

Sure enough, the data showed that the players who went on to get injured started with weaker hamstrings and quadriceps by a statistically significant margin. It seems like a smoking gun: Players who have weak upper leg muscles should strengthen them to avoid injury.

But there’s a caveat. “Statistical association is very, very different from having predictive ability,” Bahr explained. “You have to be very careful whenever you use the word ‘predict’ in science.”

When you try to set a cut-off value to define which players in the Qatari data set were “weak” and needed extra strengthening, you discover that no matter what value you pick, there are an overwhelming number of both false positives (weak players who didn’t get injured) and false negatives (strong players who did get injured). The same is true when you look at the data from other supposed injury predictors such as agility and movement tests for predicting ACL tears.

The result, Bahr quipped, is that the predictive power of these tools is a lot like forecasting the sex of an unborn baby two days after conception. If it’s no better than a coin toss, what’s the point?

The seemingly counterintuitive idea that injury screening is futile fits into a much larger debate about the value of screening in medicine, with ongoing controversy about routine tests such as mammograms and prostate-specific antigens.

But there’s a key difference, Bahr points out. The interventions that physiotherapists offer are far less invasive than, say, a mastectomy. Given that leg-strengthening exercises have been shown to lower the risk of hamstring strains, he says, all soccer players should be doing them.

That’s the approach that researchers at the University of Calgary have been pursuing for children and teens. At the conference in Vancouver, Carolyn Emery, the head of the university’s Sport Injury Prevention Research Centre, presented the latest study results on a specially designed 15-minute warm-up program.

The warm-up routine focuses on “neuromuscular training,” and includes a series of aerobic exercises such as running and skipping, strength activities such as planks and lunges, and balance activities such as standing on a wobble ball. (A demonstration video is available here.) Initial testing has found that junior high-school students doing the program several times a week in phys-ed classes reduced their injury risk by 70 per cent.

The key? Everyone in the class does it, not just the weakest or clumsiest. And the same approach makes sense for physically active people of all ages, Emery says – because it’s impossible to predict whose knee or hamstring or ankle is next. 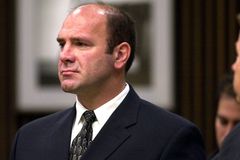