It was supposed to be a head-to-head match-up between the two main approaches to treating painful cases of runner’s knee, the most common injury among recreational runners. Researchers wanted to know whether it was a better treatment to strengthen your leg muscles, or modify your running stride.

But as the data from the university study trickled in, it was soon clear that neither approach was getting better results than the control group, who received no treatment. Instead, they were simply given some straightforward advice about how to minimize the load on their knees and safely adjust their training, with similar results.

These surprise findings kicked off a debate, the latest salvo of which was published in the British Journal of Sports Medicine earlier this month. Jean-François Esculier and his colleagues at Laval University in Quebec, whose original study appeared in the same journal last year, responded to critics who argue that it didn’t fully capture the benefits of well-designed exercise and gait-retraining programs. Esculier maintains that the results are a powerful reminder that teaching runners to avoid “training errors,” such as running too fast or increasing distance too quickly, should be the first priority in dealing with running injuries of all types.

“It turned out – and we realized it early on – that our ‘control’ group wasn’t a control at all,” says Esculier, a physiotherapist and researcher who is now a postdoctoral associate at the University of British Columbia. “It was actually a powerful intervention.”

The study involved 69 runners in Quebec City who had all been struggling with patellofemoral pain, one of several conditions commonly referred to as runner’s knee, for at least three months. Over an eight-week period, each runner attended five physiotherapy sessions in which they received education about how to allow their knee to recover and safely return to training.

Participants were taught to run more frequently but for shorter durations and at a slower pace; avoid downhills and stair running; stop running if pain exceeds 2 on a scale of 1 to 10 or if it remains painful for more than an hour after running; and to increase distance gradually before adding speed and hills.

In addition to the educational component, a third of the runners were assigned an exercise program to strengthen their legs, to be performed three times a week. Another third of the runners were assigned to a gait-retraining program, which involved increasing their step rate by 7.5 per cent to 10 per cent by taking shorter, quicker steps (which has been shown to reduce potentially injurious forces on the knee), and in some cases trying to “run softer” or avoid landing on their heels.

The good news was that the treatments worked. At the beginning of the study, the runners had reported typical pain ratings of between 5 and 7 out of 10 while running. By the end of the eight-week study, the average scores for all three groups had dropped below 3 out of 10. And they were still low 12 weeks after the study ended, indicating a lasting improvement.

The surprise was that all three groups saw essentially identical progress – contrary to the researchers’ expectations.

“We were pretty sure that the addition of exercise or gait training would provide better outcomes,” Esculier says. “But none of that happened.”

The unexpected non-result has left other researchers in the field looking for possible explanations. Irene Davis, a professor at Harvard Medical School and the director of the Spaulding National Running Center, published a response suggesting that the gait retraining program might have been insufficiently personalized to each runner’s needs.

It’s also possible that the runners in the exercise or gait-retraining groups ratcheted up their training too rapidly, “perhaps because they felt buoyed by the fact that they were actually getting a more concrete intervention,” says Chris Napier, a physiotherapist and running researcher at the University of British Columbia who works with the Canadian national track and field and cross-country running teams.

To Napier, the key take-away from the study is that you need to minimize the stresses on the joint that caused the injury in the first place. “You have to educate the patient that it isn’t just the sports-related activity that causes load on the knee,” he says. “It’s the stairs they climb every day, the prolonged sitting with knees flexed and so on.”

Neither Napier nor Esculier is abandoning approaches such as strengthening or gait retraining. Other studies, after all, have found positive effects from both approaches, Esculier says. But before you embark on a time-consuming therapy routine, you should make sure that you’re training safely and not aggravating your injury – and that’s a conclusion, he adds, that applies not just to patellofemoral pain, but to all running injuries.

When pain strikes, in other words, the first question to ask is: Did I do too much, too soon?

Holding your breath during training can improve performance
February 23, 2018 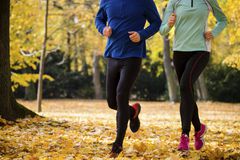 Could overdressing during your run improve performance?
February 9, 2018 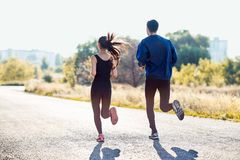 How top athletes dip into usually inaccessible reserves of strength and endurance
February 6, 2018