Canadian doctors are considering a policy that would bar obese women from trying to have babies through fertility treatments – provoking debate over whether the fat have the same reproductive rights as the thin.

Some studies find obese women face higher risks of medical complications while trying to become pregnant through in-vitro fertilization (IVF). The science is not certain and some believe a ban would be tantamount to discrimination, yet a growing number of fertility doctors worldwide already bar treatment based on a woman's Body Mass Index.

"We've had many angry patients say to us, 'This is discriminatory' and I say, 'Yes, it is' But I still won't do it," said Arthur Leader, co-founder of the Ottawa Fertility Centre. The facility where he works will not treat women with a Body Mass Index (a measurement of weight relative to height) of more than 35. A BMI of 30 meets the clinical definition of obese.

"A patient doesn't have the right to make a choice that's going to be harmful to them," he said.

Those on the other side of the debate argue that denying fertility treatments to obese women stigmatizes and discriminates against those most in need. Excess weight is itself a barrier to conceiving naturally, and obesity rates are rising.

"You'd be denying half the reproductive population from gaining access to fertility treatment," said Anthony Cheung, a fertility expert at the University of British Columbia and Grace Fertility Centre. "These people already know they have a problem – are you going to make it worse, add to feelings of social injustice, low self-worth, depression?"

"We don't say, 'Oh sorry you smoke, so we can't treat you – it could result in pre-eclampsia, or small babies.' It doesn't mean we have this blanket policy where we say we can't treat (smokers)"

Dr. Cheung says it makes him wonder about the "biases of our own society around treating women with high BMI…if it reflects a paternalistic view around obesity."

As the country's fertility doctors meet in Toronto this week, Dr. Cheung plans to argue that studies also show IVF does not pose unacceptable risks for heavy women, and that BMI alone is not a good measure of which patients face the highest risks. Age, he said, is "by far the strongest indicator" of success and dangers. But he believes it is already a "David and Goliath argument – and I am David."

Even one of the leading infertility patient support groups agrees that obese women should be denied treatment.

"If you are more than 100 pounds overweight, that issue must be addressed before you start a family," said Beverly Hanck, executive director of the Infertility Awareness Association of Canada. "Get off your 50 pounds or so and exercise and then see where your fertility is at. A woman can lose 20 pounds and conceivably become pregnant…It could take a year, but it could result in getting pregnant naturally and save thousands of dollars."

Losing weight takes time, however, and for the older woman trying to have a child, time is the enemy. "If you lose time," Dr. Cheung said, "then you have much higher risks with age."

The Canadian Fertility and Andrology Society, which recommends practice standards for the country's fertility doctors, is not the first professional body to consider a treatment ban based on weight. The British Fertility Society recommended a ban in 2006, as has New Zealand, and it was the hot topic of debate at the European meeting on assisted reproduction in Sweden this summer.

"It may be for some women that this is wise advice … but it's ethically troubling," said the University of Manitoba's Arthur Schafer, director of the Centre for Professional and Applied Ethics. "In our society, the decision to procreate is left to the individual – so why would it be appropriate for the doctors to usurp those rights for women who are obese?"

Doctors would only be justified, he says, if they could "honestly, hand-on-heart say," that the safety risks are so great "that no reasonable fat woman would want to conceive a baby in this way."

"I'm not sure the fertility industry or association can really defend a blanket exclusion on obese women having access to assisted reproduction."

Research has shown women who are severely overweight require higher doses of fertility drugs to spur ovulation – increasing the risk of side effects. As well, obese women face a greater risk of developing high blood pressure, which can trigger strokes, and gestational diabetes, which can pose risks to mother and baby.

While these risks during pregnancy apply to obese women even if they conceive naturally, Carl Laskin, president of the CFAS, believes fertility doctors have a responsibility to address them if a woman wants to conceive with medical help.

"If you don't think a woman should become pregnant for medical reasons, you have no business helping her to become pregnant. … But it's a tough, tough message to deliver … there's usually lots of tears," said Dr. Laskin, adding that he asks the women to return every three months to evaluate their weight loss.

For Dr. Leader, a major concern is that the "conscious sedation" used on patients while retrieving their eggs could disrupt breathing, but inserting a breathing tube into a patient who is morbidly obese is tricky and risky – "the patient could choke."

"If that person then dies on my table – how good would I feel?" said Dr. Leader, who asks that women bring their BMI below 35 to receive treatment. He knows some clinics won't treat women with a BMI of 30 – "30," he said, "is a bit extreme."

High BMI is a problem, Dr. Cheung agrees, but with no consensus around what the BMI cut off for treatment should be, no one knows where to draw the line - "32, 35, 40?"

(BMI can be influenced by bone structure and ethnicity)

"If you adhere to BMI blindly or uncritically…you may have people with low risk and still be denying them treatment."

Arya Sharma, a leading expert on obesity at the University of Alberta, doesn't agree that technical risks should exclude women from access to fertility treatments since "obese people undergo surgeries and all sorts of procedures all the time." But he does feel obese women should try to lose weight before turning to IVF to conceive, since it is a risky and costly procedure they have to pay for themselves: "Why take the risks or spend the money, if you don't need it?"

Are sperm concerns the product of premature evaluation?
September 17, 2011 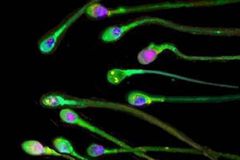 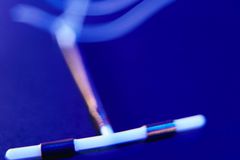 Nowhere to go, nothing to do: Are more babies made during natural disasters?
August 29, 2011 Opinion
I'm glad I never had to decide whether my strange, lonely boy ought to exist
August 27, 2011 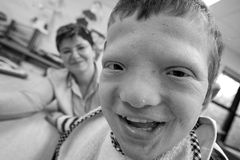