I have a confession to make. Last Sunday morning, I ran for 1 hour and 41 minutes. According to an emerging strain of exercise orthodoxy, that's too much.

Headlines in recent weeks have trumpeted the conclusions of a pair of new studies that link prolonged endurance exercise to heart damage, a topic that prompts frenzied media speculation whenever an athlete dies during a marathon. It's a topic that merits serious study, so it's worth understanding exactly what the data do (and don't) tell us, and thinking carefully about how the bogeyman of "too much exercise" can promote less active – and ultimately less healthy – behaviour.

In the June issue of Mayo Clinic Proceedings, a team of researchers – several long-time marathoners among them – reviewed dozens of studies to assess the evidence of possible heart damage from "excessive" exercise. Their conclusion: Beyond a certain point, more exercise doesn't help and may even produce adverse effects such as, in extreme cases, scarring of the heart.

"Beyond 30 to 60 minutes a day, you reach a point of diminishing returns," explained lead author James O'Keefe, a cardiologist at Saint Luke's Hospital in Kansas City, Mo., when the study was released – a surprisingly modest threshold that raises the question of whether, say, something as simple as playing a game of competitive soccer is akin to cardiac roulette.

In the other study, presented at the annual meeting of the American College of Sports Medicine last month, University of South Carolina researchers followed 14,000 runners and 38,000 non-runners for an average of 15 years. As expected, the runners were less likely to die during the study period than the non-runners, no matter how much they ran.

But once again, the apparent "sweet spot" was very modest: Runners covering between 16 and 32 kilometres per week were about 25 per cent less likely to die during the study than the non-runners. In contrast, those running more than 40 km per week had only 5 per cent lower mortality than the non-runners – a clear sign, many journalists concluded, that those runners were already in the zone of diminishing returns and adverse effects.

But it's not that simple. As is standard practice in epidemiological studies, the results were statistically adjusted to remove the "confounding" influence of body weight, blood pressure and cholesterol – precisely the risk factors that running improves!

The problem with this approach is illustrated in a similar 2010 study: In a sample of 35,000 runners, those who ran the most (more than 63 km per week, which works out to far more than 30 minutes a day) were the least likely to develop heart disease in the raw data, but their advantage disappeared in the weight-corrected data. The reason: As you'd expect, they also weighed less.

Now, there's no doubt that the benefits of exercise, like any drug or intervention, must ultimately follow a U-shaped curve; there's a point where more is no longer better, and another point where more is actually worse. The challenge is figuring out where these two points are – and keeping in mind the difference between them.

Dr. O'Keefe's widely quoted comment about diminishing returns beyond 30 to 60 minutes per day refers to the first point. In his journal article, he's even a little more demanding: The cardiovascular benefits of vigorous aerobic exercise, he writes, "appear to accrue in a dose-dependent fashion up to about one hour daily."

In other words, if you already do 60 minutes of vigorous aerobic exercise every day, adding another 10 minutes isn't going make you significantly healthier. For most people, this is irrelevant – whether they're marathoners or mountain hikers, the vast majority of those who do "too much" by this definition do it for pleasure, and because it's integrated into the fabric of their social lives, rather than out of duty.

It's the second point – where you might actually be damaging your heart – that we're more worried about. So far, the strongest evidence for actual negative effects on the heart is limited to a truly extreme subset of competitive endurance athletes. In the key study, the average subject had been training seriously for 43 years, and completed 178 marathons, 65 ultramarathons and four Ironman triathlons. Six of the 12 athletes in this study had evidence of scar tissue in the heart.

For those few who fall into this category, extreme ultraendurance exercise starts to look a bit like downhill skiing – an activity that in most respects makes you healthier, but over time also exposes you to a slightly elevated risk of catastrophe. If further evidence supports this view, then we should make sure would-be serial Ironmen understand this trade-off.

My run last weekend, on the other hand, was far below this threshold, though it may lie in the region of "diminishing returns" from a health perspective. It's this vast middle ground – the horizontal part of the U-shaped curve – that we should be careful to preserve. I ran for longer than an hour because I was meeting up with friends who I hadn't seen in months, and because it was a glorious summer morning. If I was carefully spooning out my exercise like some bitter tonic, wary of overdose, I would run less – far less – and be the worse for it. 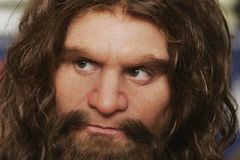 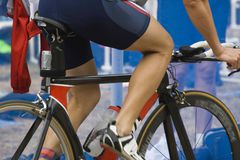 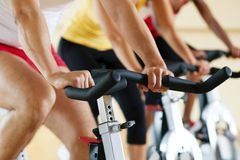