When elite athletes such as Brian Orser and the Canadian women's hockey team want to get their mojo working, they turn to Canadian sports psychologist Dr. Peter Jensen.

The author of the recent Thriving In a 24/7 World says that when it comes to being your most efficient self, the rules are the same for executives and Olympians alike. Here, he shares some of the secrets to his own success, including why it's a good idea to work like you're a smoker.

Sooner or never: the guide to effective worrying

We spend so much time worrying about things we have no control over. It's like having the window of your house open in the middle of the winter – you're just wasting all of that energy, and for what? My mother was a very wise woman and she would always say, "Only worry when you think it will make a difference." Sometimes when I'm worried about something, it's a sign that I'm not as prepared as I need to be. That's something I can take time to fix. Brent Sutter was an NHL coach and he used to say "Get afraid early." He doesn't mean that he wants his players to be scared, but just that if you're going to be afraid of your opponents, it's best to do that while there is still time to channel that fear and to improve your own game.

When I am working, I take a break every 90 minutes or so. We need to get away from this idea that we're marathon runners, because in reality, we're all sprinters. After about 90 minutes of focused work, you've got to take the saw out of the wood and sharpen it again. Just this week I was speaking in front of a bunch of senior bank executives. I was talking about how the best way to recharge is getting outside. Just a 15-minute walk makes such a huge difference. I'll get these looks like, "Come on – I'm senior vice-president, I can't take time out for a walk." I tell them that what they need to do is take up smoking – just not the smoking part. The point I'm making is that no matter how busy they are, smokers manage to find time for frequent, quick breaks and the reason they do is because, for them, it's a priority.

The single most important skill I have learned is the importance of breathing. I meditate every morning. Years ago I was in this situation where I would constantly lose at tennis. I would be winning and then my opponent would start to catch up and immediately, my brain would fast-forward to hours later where I'm recounting the loss to other people … even though the game was still in play.What I realized is that your brain is going to do what it's going to do, and the best way to control that is just to stop and breathe. If you can focus on your breath for just three or four inhales and exhales, it's like pressing restart. You can escape whatever was going on in your head and then direct your energy toward the next steps.

Multitasking is a waste of time

There is research showing that only 2.5 per cent of the population works more effectively when they're multitasking, and yet almost everyone seems to think they're in the 2.5 per cent. Of course, it can be tempting to try to jump back and forth, so you have to take steps against it. I know that I am easily distracted, so I close my door when I'm working in my office. If I'm talking on the phone, I turn my computer off or when I'm working on my computer, I put my phone on silent. It's basic stuff, but it makes a big difference.

No news, for a good snooze

I have an app where I track my sleep: how much I get, how much was deep sleep, how much was shallow. Most of the sports teams use sleep doctors now. We have realized that it doesn't matter how much training you do; not getting enough sleep affects performance. I try to keep a prebed routine – devices turned off, keep lights down. I try to sleep around the same time every day. There is a professor at Harvard who teaches a course on happiness. He says that when you get into bed, a good idea is to just lie back and think about three great things that happened that day. They don't have to be big things – even eating a delicious sundae – as long as they're positive. I like that idea. I think a lot of Canadians like to watch the news before bed. They see all of these dramatic stories and disruptive imagery and they wonder why they might have trouble falling asleep.

Paralympic swimmer Benoît Huot focuses on the process to stay on top
August 2, 2015 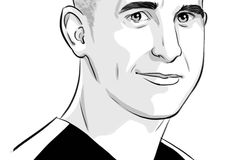 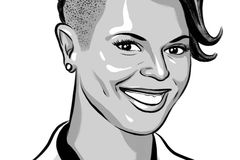 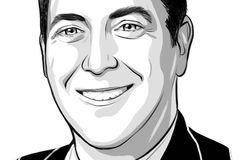