International targets for significantly reducing the number of mothers and children who die every year are within arm's reach, Canada's International Development Minister says.

Speaking at an event at Plan Canada's offices on Wednesday, Christian Paradis, who is in Toronto for a three-day summit on maternal and child health, said Canada and rest of the international community have already reached the "low-hanging fruit" and should look to extend health care to mothers and children living in rural and less-accessible areas.

But health experts and non-governmental organizations say more funding is needed in order for global targets to be met, and there are continued calls for Canada to reverse a controversial stance on refusing to fund safe abortion services.

According to the World Health Organization, botched abortions account for about 8 per cent of maternal deaths.

NDP international development critic Hélène Laverdière, who will participate in a panel on Wednesday evening to discuss the role of abortion, family planning and reproductive rights in efforts to improve maternal and child health, said: "The theme of this summit is saving every woman, every child. But it seems that the woman who has been raped and is going to have a safe abortion doesn't count in those numbers. So I'm deeply troubled by that."

Mr. Paradis told The Globe and Mail in a recent interview that Canada has no plans to reverse its stance on restricting safe abortion funding, saying government funding was focused on other maternal and child health priorities.

An analysis of the government's spending data by Aniket Bhushan at the North-South Institute found that a significant majority of Canada's maternal and child health funding is spent on nutrition, at about 28 per cent. The next most significant spending areas include basic health care, control of sexually transmitted diseases, including HIV/AIDS, and infectious disease control. Family planning comes in at a little over 1 per cent of spending, according to the analysis, and reproductive health care is at about 5 per cent. The analysis is based on information made available by the government and covers a period from 2010 to April, 2013.

Ms. Laverdière said that targeting more funding for family planning and lifting the restriction on abortion could make a significant difference at a relatively low cost.

Despite investments by Canada and other countries, the world is not on track to achieve the United Nations Millennium Development Goals on maternal and child health by next year, the targeted end date. World leaders had agreed to work on reducing maternal deaths by three-quarters and reducing the number of deaths of children under the age of 5 by two-thirds, using a baseline of 1990, but the figures for each have been reduced only by about half.

Prime Minister Stephen Harper's wife, Laureen Harper, said health providers in developing countries are making a difference. "In short, your work is life-changing and life-saving," she told a group of Tanzanian and Zimbabwean health advocates and educators who gathered Wednesday at the Plan Canada event in Toronto.

Rosemary McCarney, head of Plan Canada and a co-ordinator for the Canadian Network for Maternal, Newborn and Child Health, said the world is reaching the "last mile" in improving maternal and child health.

"We have the tools today, and so with political commitment and financial commitment, we can do this. And there's not very many things in life you can say that about," she said.

The federal government says it is on track to spend about $2.85-billion on improving maternal and child health by next year, a significant sum at a time of shrinking aid budgets among many donor countries. However, that spending came during a time when Ottawa froze its overall foreign aid budget until 2015. The government has not said if it plans to increase funding again after that year.

NGOs are asking for an additional $3.25-billion commitment from Ottawa on maternal and child health, to run from 2015 to 2010.

The summit, which runs Wednesday to Friday, has drawn a number of big names, including the Queen of Jordan, the Aga Khan, United Nations Secretary-General Ban Ki-moon and Melinda Gates from the Bill and Melinda Gates Foundation. 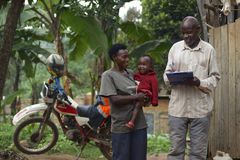 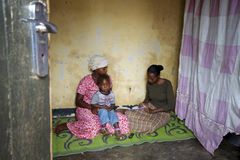 Maternal and child health innovators are developing lifesaving tools
May 24, 2014 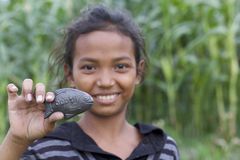 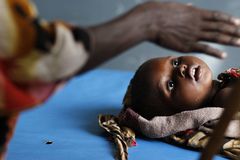