Think of your mouth as being in a constant state of disease.

That is the conclusion of scientists who completed the first detailed study of how mouth bacteria have changed from the Stone Age to modern times.

In fact, our teeth and gums are generally in worse shape than our cave-dwelling ancestors, said the senior author of the study, Alan Cooper who is director of the Australian Centre for Ancient DNA at the University of Adelaide.

What's to blame? Our shift to a carbohydrate-rich diet – especially the increased consumption of processed sugar – fostered the growth of certain bacteria that cause gum disease and dental decay, according to the findings published in the journal Nature Genetics.

For the study, the researchers extracted bacterial DNA from calcified dental plaque from 34 prehistoric northern-European skeletons. The oldest remains, dating back about 7,500 years, come from people who were still engaged in hunting and gathering for their daily sustenance.

"Hunter-gatherers in general had really good teeth. You see quite a bit of wear because of the highly abrasive nature of their diet, but you see almost no signs of pathology," said Cooper.

"That all changes with farming and the increased consumption of domesticated cereals," added Cooper.

The DNA analysis revealed that as agriculture took hold, there was a marked decrease in bacterial diversity and certain disease-causing microbes became more prevalent, including Porphyromonas gingivalis which contributes to gum disease.

The composition of oral bacteria underwent another dramatic shift with the industrial revolution and the introduction of processed sugar and flour. There was a further decrease in diversity, and a rise in bacteria such as Streptococcus mutans, which causes dental caries commonly known as cavities.

"The modern mouth basically exists in a permanent disease state," said Cooper. "There is a very low diversity of bacterial species and a high prevalence of disease-causing pathogens."

Diet has influenced the bacteria that inhabit the human body "and we can see that in the oral cavity," said Cooper. "One can pretty safely deduce that same thing has happened in the gastrointestinal system, which is arguably even more important in terms of the role of bacteria in human health."

Indeed, a growing body of medical research suggests that the loss of beneficial bacteria is associated with a range of modern systemic diseases, from diabetes and heart disease, to obesity and autism. And perhaps most important of all, a diverse gut bacteria is necessary to train the immune systems of young children. Some researchers speculate that a disruption in this immune learning process through the frequent use of antibiotics and other factors related to modern life may contribute to the development of allergies and other immune-related disorders. (A study last week linked Ceasarean sections to changes in the gut bacteria of infants. )

The bacteria trapped in dental plaque have now given scientists a snapshot of how oral bacteria have changed through the ages. But, unfortunately, there is no source of ancient gut bacteria to study, noted Cooper.

Even so, he suspects there is likely less diversity in gut bacteria, paralleling the drop in oral microbes.

"As you reduce the diversity of bacteria, the [human body] becomes far less resilient and you have created an environment that is suitable for invasion from all sorts of nasty bacteria that you don't want."

As a next phase of their work, Cooper and his research colleagues hope to find out what would happen if a greater diversity of bacteria were re-introduced to the oral cavity.

"We are interested in reseeding the mouth with the types of bacteria we see in the healthy hunter-gatherers, although I suspect that it is only going to work in people who aren't pumping their mouths full of carbohydrates," he said.

"It would be very interesting to look at the health consequences of greater bacterial diversity – and if that leads to a drop in some western diseases." 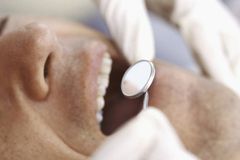 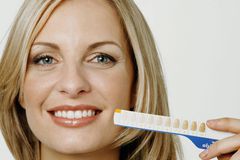