Although she has a severe illness, Amy Preskow says she has been repeatedly sent home from hospital emergency departments, turned away from overstretched publicly funded treatment programs, and at times, even belittled by health care workers.

Preskow, who has anorexia nervosa and bulimia nervosa, says doctors have sent her home with instructions to "just eat," nurses have treated her "like a small child" to get her to finish her meals. Once, after she collapsed in public from a panic attack, she says, paramedics mocked her for wearing a medical identification bracelet that warned of her eating disorders, dismissing her case as a "waste of time."

Such is the consequence of having a misunderstood, yet life-threatening sickness that affects hundreds of thousands of Canadians – most of them women and girls.

An estimated 1,500 Canadians die every year as a result of an eating disorder. Yet, in the five years it takes to complete a psychiatry residency training program, residents typically receive only three hours of instruction on eating disorders, according to Toronto psychiatrist Dr. Blake Woodside.

As noted in a report on eating disorders last year by a parliamentary standing committee on the status of women, medical and psychiatry students receive inadequate training on the subject. At present, of the nearly 4,800 licensed psychiatrists in Canada, slightly more than a dozen specialize in eating disorders.

The question is why: Why aren't more health-care professionals lining up to treat them? If eating disorders are to stand a chance in the competition for health-care funding and talent, a critical step will be to make them more appealing. As Dr. Leora Pinhas, one of the few psychiatrists specializing in eating disorders, put it: "Part of this [challenge] is someone has to say: 'This is a crisis. How do we recruit people? How do we make this sexy?'"

Perhaps most important is the myth that persists, even among health care professionals, that eating disorders are not a legitimate illness, but a culture-driven lifestyle choice, a bad habit of vain, privileged, young women who are desperate to look supermodel-thin.

At Toronto General Hospital, Woodside says the waiting list for an in-patient bed is about five months long for eating-disorder patients with a body mass index of 14. That's the equivalent of a 163 centimetres (5-foot-4) woman weighing less than 37 kilograms (82 pounds).

Woodside, who says he attends "too many funerals" of his patients, says they are among the most disadvantaged segments of the population when it comes to receiving health care. Eating disorders are a mental illness that predominately affect young women. Although males are also affected, about 80 per cent of individuals with eating disorders are female.

Among health-care professionals, even among general psychiatrists, much of the disregard for eating disorders stems from a misunderstanding of them and a lack of training, Woodside explains. This includes for anorexia nervosa, which is characterized by a distorted perception of one's body and a self-restricted diet, and bulimia nervosa, in which patients binge on food and purge by vomiting or using laxatives.

Contrary to common misconceptions, there's far more to anorexia and bulimia than a desire to be thin. Both are believed to have a underlying genetic component, which is triggered by one's environment and life experiences, ranging from puberty to severe trauma, such as sexual abuse, Woodside says. Instead of turning to drugs or other means of coping with their problems, he says, in a society where thinness is valued and dieting is common, some may develop eating disorders as they attempt to lose weight in order to feel better about themselves. For those with a genetic vulnerability to anorexia, "it becomes a positive feedback cycle where what you're doing to feel better is like throwing gasoline on a fire to put it out."

Incidentally, Woodside points out, eating disorders aren't limited to Western cultures. Symptoms of anorexia have also been documented among underprivileged individuals in Hong Kong, for example, although the rationale for their illness is unrelated to dieting and fear of fat. Rather, they say they restrict their food intake out of an ascetic ideal, Woodside says.

In Preskow's case, she recalls feeling self-conscious about her body as early as the age of five. In her early teens, restricting her diet and losing weight initially drew compliments from her peers. But over time, it became impossible to separate her distorted relationship with food from her sense of identity.

It's not as though she looks in the mirror and sees an obese version of herself, Preskow explains. She clearly sees the sharp angles of her frame and the prominent veins on her arms. Rather, her reflection shows her areas of her body she despises and wants to eliminate.

Her illness is, in fact, the opposite of vanity, but a condition fuelled by uncontrollable anxiety. As she shares in an excerpt from her diary: "Nothing is okay. Nowhere is safe … I want to take a knife and slash my body. Carve off the fat places until only bone remains and everything is quiet."

Doctors rarely, if ever, address the psychological roots of her illness, she says.

If eating-disorder patients get short shrift, then what about those who are devoted to treating them?

In Halifax, psychiatrist Dr. Aaron Keshen of the Nova Scotia Health Authority's eating disorder program, says he's never heard any disparaging comments himself. Nonetheless, he believes there's a sense among medical and general psychiatry professionals that his chosen area of expertise is "a little softer than … you know, 'serious' medicine."

Because psychiatry, in general, is viewed by some people in the medical world as "not a real medical specialty," he says, some psychiatry residents may find it more appealing to gravitate toward sub-specialties that may be perceived as "more medical or hard science," such as neuropsychiatry.

But even if there were more psychiatrists willing to work in the area of eating disorders, there are only so many positions available because of the limited number of publicly funded programs across the country, Dr. Wendy Spettigue of the Children's Hospital of Eastern Ontario says.

Spettigue says her own team at the Ottawa hospital was forced to turn away new patients to its eating disorders program more than two years ago because it wasn't able to cope with the year-long – and growing – waiting list. She notes the program is aiming to reopen this summer.

"We just stopped accepting referrals because there were too many," she explains. "We can't treat kids with mild eating disorders. We can't even treat kids with moderate eating disorders. We can only treat the most severely ill here in the hospital and the rest are going to have to find resources in the community, even though those resources don't exist."

Reflected in the dollars

One way of examining where eating disorders stand in the health care system is by looking at the amount of money that goes into researching them.

Canadian Institutes of Health Research, the government's health research investment agency, says it granted $4.2-million toward eating disorders research between 2009-10 and 2013-14. In that same period, research on schizophrenia, which affects roughly the same percentage of the population, received $34.1-million, and autism research received $26.7-million.

Dr. Paul Garfinkel, an expert on eating disorders and a member of the agency's governing council, says he believes this difference isn't because eating disorders are considered less important than other illnesses.

"Rather there are fewer top-quality proposals" for funding, he says, noting he's had no difficulty obtaining research funding in the past for his own work on eating disorders.

Other experts, however, say they've found it extremely hard to find funding for their work. Either way, the disproportionately low profile of the illness may be discouraging for anyone looking to build a career in the field.

"As a culture, as a society, if we demonstrate with our money what we care about, this is not it," says Pinhas of Ontario Shores Centre for Mental Health Sciences. She adds that this principle extends to the incomes of psychiatrists specializing in eating disorders as well.

Psychiatry, in general, is the lowest paid specialty in Canada. According to the Canadian Institute for Health Information, average gross payments to psychiatrists on a fee-for-service basis were about $233,000 in 2012-13. Family physicians received slightly more at nearly $248,000 and ophthalmologists received the highest payments with an average of more than $701,000.

Pinhas emphasizes she isn't bothered by the amount she earns, but rather how that compares with other health care professionals. "It's still good money. It's that how much you pay someone is a marker to their colleagues and to the hospital administrators what's valued," she says, noting she does more unpaid work treating and advocating for her patients than she is willing to divulge.

"People are always expecting eating disorders [programs] to, like, make do with a little. Make do with less, right? And we do," Pinhas says. "But it's not sustainable and people burn out."

As for Amy Preskow, her struggle continues, and her story is far from rare. Her mother, Wendy Preskow, founded the non-profit National Initiative for Eating Disorders advocacy group and frequently hears from parents and patients across the country who are desperate for help.

On a recent Sunday afternoon, Wendy pulls out a binder, nearly three inches thick, full of e-mails she has printed off from other parents whose children have eating disorders. Page after page, their messages are the same: What do we do?

Pediatricians urged to be on the lookout for eating disorder among young kids
June 18, 2015 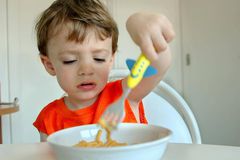 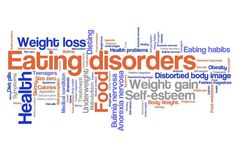 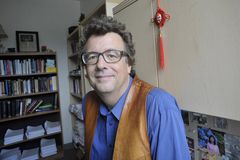