To parents of children with autism, the myriad treatment options can be baffling. There are psychiatric drugs, a variety of behavioural therapies and a number of alternatives such as gastrointestinal regimens.

Now, a series of three scientific reviews aims to illuminate the track record of many of these options for children aged 12 and younger.

While autism spectrum disorder, characterized by impairments in social interaction, behaviour and communication, has no outright cure, there have been some notable developments in the past decade, the time period reviewed.

Among the findings, published Monday in the journal Pediatrics:

- There is little evidence of benefit for most medications used to treat ASD.

- The antipsychotic medications risperidone and aripiprazole do help improve challenging behaviour, hyperactivity and repetitive behaviour in children with ASD, but both medications cause significant side effects, including weight gain and sedation.

-There is insufficient evidence available to judge the potential benefits and adverse effects of all other medications used to treat autism, including serotonin-reuptake inhibitors and stimulant medications.

- There is strong evidence that secretin, a hormone used to treat ulcers, is not effective for children with ASD. That means parents no longer need to waste effort pursuing an unhelpful therapy.

- Intensive behavioural and developmental therapy results in improved cognitive performance, language skills and behaviour in some young children, but few studies in this area were rated of good enough quality to single out specific approaches.

It's hardly a ringing endorsement of any particular path. But only in the case of the ulcer drug do researchers think no further study is warranted.

Researcher Zachary Warren of Vanderbilt University in Nashville, one of the authors of the review that looked at non-drug therapy, writes: "The low and insufficient strength of evidence reported in this review should not be interpreted as evidence that the interventions are not effective but, rather, as encouragement for additional research before effectiveness can be established."

Experts in the field say that while they are encouraged by the research community's focus on seeking useful early interventions for kids younger than 2, the findings should be taken with some caution.

Vancouver child psychiatrist Vikram Dua says that the findings highlight a number of challenges facing those who treat children with ASD.

The autism label itself can be a very broad and imprecise definition covering various symptoms and developmental and behavioural problems - each warranting a different, though possibly complementary, treatment, he points out. Measuring the success of each individual choice is difficult.

"How do we identify which symptoms and which challenges in a child with autism are medication-responsive? And if they are, which medications are right?" says Dr. Dua, who works at B.C. Children's Hospital and the Provincial Autism Resource Centre.

Many children are both taking medication and participating in one-on-one personal therapy aimed at helping them learn how to, for instance, make eye contact, communicate using images or point at an object.

One of the major debates in the field, he says, is between the "lumpers" and the "splitters." The former will consider all of a child's problems as ascribable to autism. If a child has autism and, say, ADHD or anxiety, it's all part of the autism.

"They're globally using a diagnostic label that doesn't really tell us very much of the nature of the problem that should guide treatment."

The splitters - of which Dr. Dua is one - see kids with autism as being at higher risk for other conditions as well. The piecemeal approach makes it difficult to study and compare with other cases, however.

On the drug reviews, he adds, most studies last only 16 weeks. While a medication may help a specific problem such as anxiety, it may take up to a year for that success to translate into positive behavioural developments.

"My rule of thumb I tell parents is, for every medication we try, give us a year," he says.

Vancouver mother Sarah says she has tried a number of alternative and conventional treatments for her four-year-old son since he was diagnosed with autism at about the age of 2.

But she's noticed in the past year and a half that the combination of an anti-anxiety medication has both reduced her son's anxiety and boosted the benefits of the behavioural therapy he receives at preschool.

The treatments are so intertwined, "I can't weigh out which of the two helped him more," says Sarah, who declined to use her real name to protect her son's privacy.

All she knows is that he has made significant gains in communicating using a picture system. He even recently greeted visiting family members with hugs. "It's changed his life."

Joanne Cummings, a Toronto child psychologist, says researchers are already considering what the next generation of treatment studies may look like, including observing more homogeneous groups of children and following their specific treatments. It's also looking at the role of parents in working with their children at home.

In the meantime, Dr. Cummings, who works at BlueBalloon Health Services, says even though the review of behavioural therapy didn't pinpoint the ideal method, she hopes the reviews don't paint a "gloomy" picture of it.

"People who work in the field feel very optimistic that our treatments are really working," she says. "I see many, many kids who have substantive improvements in IQ and language and a reduction in repetitive behaviours.

"It's a devastating diagnosis, but there is great reason for hope." 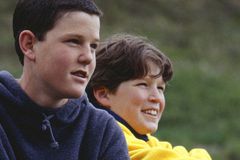 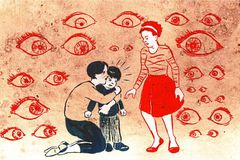 Signs of autism can be heard in children's speech
July 19, 2010
Follow Tralee Pearce on Twitter @traleepearce
Report an error Editorial code of conduct
Due to technical reasons, we have temporarily removed commenting from our articles. We hope to have this fixed soon. Thank you for your patience. If you are looking to give feedback on our new site, please send it along to feedback@globeandmail.com. If you want to write a letter to the editor, please forward to letters@globeandmail.com.
Comments