A supplement of 400 international units of vitamin D each day is enough to ensure an infant's health for at least the first 12 months of life, Canadian researchers have determined after testing out several dosage levels in babies.

Their study, published Wednesday in a special child health issue of the Journal of the American Medical Association, found 400 IUs daily is as good as doses of 800, 1,200 or 1,600 IUs at preventing rickets and promoting bone health.

"Right now the dose that we're recommending is the 400 and that's to be given every day until the baby can achieve that amount from other foods, and typically we consider that more at one year of age," said co-principal researcher Hope Weiler of McGill University in Montreal.

Vitamin D is needed for healthy bones, and it's crucial that babies get enough during the first twelve months of life when bones are growing rapidly, said Weiler, a professor in the School of Dietetics and Human Nutrition.

However, recommendations about how much of the "sunshine vitamin" is needed to prevent rickets in infants vary widely around the world. (The body makes vitamin D through skin exposure to UV rays from the sun.)

Health Canada and the World Health Organization recommend giving infants a supplement of 400 IUs daily, while the Canadian Paediatric Society advises raising that to 800 IUs during the fall-winter months when there is minimal sunlight.

Pediatric societies in the U.S. also recommend 400 IUs, as does the Institute of Medicine — although that body has set an upper limit of 1,000 IUs for babies. In France and Finland, the recommended daily dose for infants is 1,000 IU.

"There's sometimes a feeling that more is better," Weiler said. "But until now, no one had compared the popularly recommended daily doses of vitamin D to see what will result in optimal health for infants, so we were very glad to be able to do this."

The researchers followed a group of 132 infants who were randomly assigned to receive one of four daily doses of vitamin D — 400, 800, 1,200 or 1,600 IUs — over a period of 12 months. Most were breastfed at the beginning of the study, though that proportion had dropped significantly by the time the babies were a year old.

Tests repeated every three months measured how much vitamin D was in each infant's blood. That test provides a biomarker for how much vitamin D is stored in the liver, where it is converted to an active form that can be used by the body.

Researchers discontinued the 1,600 IU dose part way through the study because the blood levels were thought to be unnecessarily high, potentially putting infants in that group at risk for hypercalcemia, an excess of calcium in the blood.

"When we looked at growth, we were very pleased that our healthy, full-term babies were growing very well over the study," said Weiler.

Researchers found, as early as the three-month mark, that there was no extra benefit from higher doses of vitamin D and that 400 IU per day was sufficient.

Weiler said it's not known how much vitamin D a baby has received in the womb through maternal-fetal transfer or how much an individual mother supplies in her breast milk.

"So the recommendation is that the baby will get vitamin D from a supplement in addition to what they have already received," she said, adding that babies should continue the supplement even after starting formula, which has some fortification with the vitamin.

Weiler said there are questions about vitamin D that still need to be answered, including whether there is an optimal dose for bone health and whether the nutrient has beneficial effects on the immune system that could play a role in the prevention of some cancers and diseases like multiple sclerosis and Type 1 diabetes.

Larger studies are needed to provide scientific evidence, she said. As well, those studies should include a higher proportion of darker-skinned mothers, who do not absorb as much UV from sunlight, to assess the optimal vitamin D dosage for their infants.

"For the newborn baby, national surveys are quite lacking and we need to work a little bit further to know how is an infant starting out life; how much vitamin D is in their (liver) stores; and how important is it for their growth.

"We know very well if you don't have enough vitamin D that you can develop rickets as a young infant and a child."

In an accompanying editorial, Dr. Steven Abrams of the Baylor College of Medicine in Houston said that until larger studies are conducted, clinicians can be reassured by the Montreal findings, which he said provide "important dose-response information."

Is it healthy to snack on cashews and macadamia nuts?
April 29, 2013 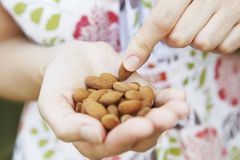 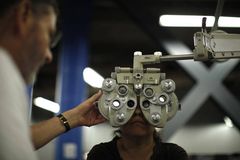 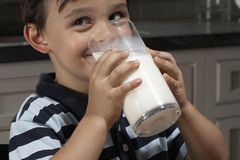 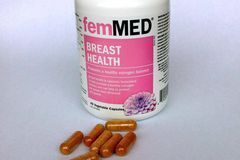