The Heart and Stroke Foundation is calling on the federal government to set limits on the amount of sugar manufacturers can add to their products and on consumers to avoid sugar-sweetened beverages.

Mounting research has linked even moderate amounts of sugar consumption to heart disease, diabetes, stroke and other major health problems. The average Canadian consumes more than 13 per cent of their daily calories in the form of sugars added to food and beverages.

The new evidence is what prompted the Heart and Stroke Foundation to issue a series of recommendations, including a call for Canadians to reduce their total consumption of so-called "free" sugars to no more than 10 per cent of daily calories, with the ideal benchmark being 5 per cent of daily calories. Free sugars refers to all sugar added to food, as well as syrups, honey and fruit juices. Earlier this year, the World Health Organization issued the same recommendations.

The report is adding to the growing pressure on Ottawa to step up and do more.

After months of mounting calls to establish a national sugar-consumption guideline, the federal government in July proposed the creation of a 100-gram-a-day limit as a way to help people control how much sweet stuff they consume. Health experts criticized the limit for being far too high and failing to distinguish between sugars naturally found in fruit, milk and other healthy fare and sugars added to cereal, pop, yogurt and other products.

For instance, under the proposed limit, a person could drink two 355-millilitre cans of Coca-Cola every day and still be under the recommended sugar threshold. And the focus on total, rather than added, sugars may mislead consumers into thinking they should limit natural sources of sugar, such as whole fruit, which would be a mistake, according to Manuel Arango, the foundation's director of health policy.

The federal government's proposal offers a key advantage to food makers selling sugary products, says Yoni Freedhoff, an obesity and nutrition expert based in Ottawa. Under the proposed rule, food manufacturers will be required to express the sugar content of their products as a per cent of the total daily recommended intake.

Using the Heart and Stroke and WHO recommendation of limiting added sugar to 5 per cent of daily calories, a can of Coca-Cola would account for much more than 100 per cent of the limit. But if the daily guideline is 100 grams, the makers of Coca-Cola can say one 355-millilitre can of pop only accounts for 42 per cent of a person's recommended daily sugar consumption.

"[The federal government is] addressing sugar in a manner that is extremely friendly to the food industry," Dr. Freedhoff said. "It really is a half-assed approach to dealing with sugar."

Health Minister Rona Ambrose has said it's important to look at reducing overall sugar consumption, and that's why the government won't focus on added versus naturally occurring.

William Yan, director of the bureau of nutritional sciences in Health Canada's food directorate, said the department has received numerous comments questioning what the per-cent daily value will look like with the new sugar guidelines. But he added that consumers shouldn't be using the per-cent daily value as a nutritional guide. It's supposed to simply communicate how much sugar is in a product. He added that the department will carefully consider the foundation's recommendations before it finalizes its proposals on sugar.

The Heart and Stroke Foundation is urging the federal government to reconsider its position and take a tougher stand by adopting its and the WHO's recommended sugar limits. It's also asking the food industry to consider the evidence linking sugar to chronic disease and reformulate products to have reduced sugar content.

Stephanie Baxter, senior director of communications with the Canadian Beverage Institute, said the industry would look to the federal government rather than the Heart and Stroke Foundation on the issue of sugar because it "has the research behind it." She added that the industry also sells products that have no sugar or reduced amounts.

Concerns over sugar reached a boiling point in February, when the Journal of the American Medical Association published a study that found people who get 25 per cent or more of their daily calories from sugar are three times more likely to die from heart disease. People who consume 10 to 25 per cent of their daily calories in the form of sugar face a 30-per-cent increased risk of cardiovascular disease.

How to ward off the after-school sugar rush
September 1, 2014 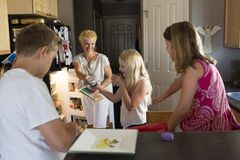 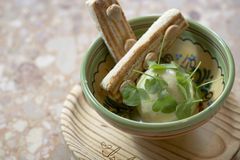 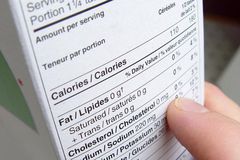 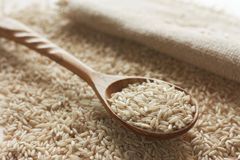 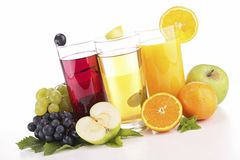