Whenever I eat bread and pasta I feel bloated and gassy. My gastroenterologist tested me for celiac disease and the results were negative. Is it possible to still be sensitive to gluten? Should I avoid it?

There are reasons beyond celiac disease for why eating wheat and wheat products can cause digestive upset. Gluten, a protein found in wheat, rye and barley, is certainly one culprit. But it's not the only one.

You shouldn't cut gluten from your diet unless you know for sure that you need to. Doing so has potential risks – it could degrade the nutritional quality of your diet and, as recent research suggests, increase your health risk.

A gluten-free diet is a must for people with celiac disease, a lifelong genetically based disorder that occurs when gluten triggers the immune system to attack and damage the lining of the small intestine, interfering with nutrient absorption.

Celiac disease can be detected by a simple blood test that measures antibodies that perceive gluten as a threat. Almost all people with celiac disease who eat a diet that contains gluten (98 per cent) will test positive for these antibodies.

Although rare, it is possible for people who have celiac disease to test negative to gluten antibodies. That's why a biopsy of the small intestine lining that looks for damage caused by celiac disease is the only way to definitively diagnose the disease.

There's an important point here. The accuracy of these tests require that you are eating a gluten-containing diet.

If you've self-diagnosed and put yourself on a gluten-free diet before getting tested for celiac disease, a false negative result can occur. (For an accurate result, your doctor may recommend that you add gluten back to your diet for six to eight weeks prior to testing. This allows antibodies to build up in your bloodstream.)

A false negative poses real risks for people who have celiac disease but don't know it. For one, they may not follow a gluten-free diet strictly enough to prevent complications.

According to Shelley Case, a Regina-based registered dietitian and author of Gluten Free: The Definitive Resource Guide, "It takes only a small amount of gluten to keep the autoimmune system revved up enough to damage intestinal cells."

There's also the risk that family members won't be screened. Research suggests that 10 per cent to 15 per cent of first-degree relatives of people with celiac disease also have the condition.

Not celiac? It could still could be gluten

If celiac disease has been ruled out by your doctor, it's still possible that you are sensitive to gluten. You may have what's called non-celiac gluten sensitivity.

People with non-celiac gluten sensitivity (NCGS) experience a reaction to gluten that can cause symptoms similar to celiac disease and irritable bowel syndrome, including bloating, gas, abdominal pain, diarrhea and/or constipation.

NCGS can also lead to fatigue, "brain fog," headache, joint and muscle pain and depression. Symptoms disappear when gluten-containing foods are removed from the diet and reappear when they are reintroduced.

At this time, there is no diagnostic test for NCGS. But research suggests that scientists are getting closer to developing a blood test to identify people with the condition.

Last year, a study from Columbia University Medical Center in New York suggested that in people with NCGS, gluten seeps through a weakened intestinal barrier and causes a body-wide immune response.

The study, published in the journal Gut, revealed that participants with NCGS showed signs of intestinal cell damage and an immune-system activation that differed from that seen in celiac disease.

The culprit could be carbs, not gluten

Bloating and gas may have nothing to do with gluten. Instead, uncomfortable gastrointestinal symptoms may be triggered by carbohydrates called FODMAPs. (FODMAP stands for fermentable, oligosaccharides, disaccharides, monosaccharides and polyols.)

FODMAP carbohydrates are poorly absorbed in the small intestine and, as a result, make their way to the large intestine where they draw in excess water and are fermented by gut bacteria, resulting bloating, flatulence, abdominal pain and, in some cases, diarrhea and/or constipation.

Finding out which FODMAPs cause symptoms involves eliminating high FODMAP foods for six to eight weeks. If FODMAPs trigger symptoms, noticeable improvement can occur in just a few days.

After the elimination period, FODMAPs are tested, one at a time, to determine which ones trigger symptoms and which ones don't.

Teasing out the dietary cause of digestive symptoms – be it gluten, FODMAPs, or something else – is often not straightforward. It requires a strategic approach and, importantly, the assistance of a doctor and a knowledgeable dietitian.

Potential downsides of a gluten-free diet

If it's determined that a gluten-free diet is right for you, you will need to pay attention to nutrition. A steady fare of commercially produced gluten-free foods can shortchange your diet of important nutrients and antioxidants.

In Canada and the United States, there are no regulations to enrich gluten-free breads, muffins, cereals, pastas and flour mixes with thiamin, riboflavin, niacin, folic acid, iron, nutrients that must be added to white (wheat) flour to restore what's lost during processing.

According to European research published earlier this month, a gluten-free diet may also add inches to your waistline. The study compared 655 gluten-containing products (e.g., breakfast cereals, breads, pasta, cookies) to 654 gluten-free alternatives and found that, overall, gluten-free foods were more calorie-dense than their gluten-free counterparts.

Bottom line: Focus on the quality of your carbohydrates. A healthy gluten-free diet is one that includes nutrient- and fibre-rich fruits and vegetables, legumes and whole grains.

Whether you avoid gluten because you have celiac disease, non-celiac gluten sensitivity, wheat allergy – or you simply believe that gluten-free is right for you – the following strategies will help you maximize the nutritional value of your diet.

Include fibre-rich grains. Gluten-free whole grains such as brown rice, quinoa, buckwheat, sorghum, millet and teff are high in fibre, protein, vitamins, minerals and antioxidants. Serve them cooked as a side dish or use them to make salads, pilafs and hot cereals.

Choose whole-grain products. Look for breads, cereals, pastas and flour mixes with one or more whole grains listed at the top of the ingredient list. Gluten-free products made with brown rice, buckwheat, millet, quinoa and amaranth will have more fibre, protein and nutrients than those made with white rice flour.

Look for enriched. Compare brands of similar gluten-free foods to see if nutrients such as thiamin, riboflavin, niacin, folic acid and iron are listed on the ingredient list.

Take a multivitamin. Women of childbearing age should take a daily multivitamin supplement to help ensure an adequate of folic acid.

Leslie Beck: Off gluten? Be careful of becoming a glutton for rice
February 17, 2017 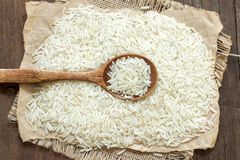 What you need to know about food sensitivities
February 9, 2017
Follow us on Twitter @globeandmail Opens in a new window
Report an error Editorial code of conduct
Due to technical reasons, we have temporarily removed commenting from our articles. We hope to have this fixed soon. Thank you for your patience. If you are looking to give feedback on our new site, please send it along to feedback@globeandmail.com. If you want to write a letter to the editor, please forward to letters@globeandmail.com.
Comments