Lunch like a prince, eat dinner like a pauper. It's advice worth considering if you're trying to slim down. According to a recent study, you'll lose more weight if you eat your main meal at lunch rather than at dinner. (That is, if you're a female.)

Anyone who's followed a weight-loss diet knows that calories matter. Yet, the new findings from Britain add to a growing body of evidence that suggests successful weight loss strategies should consider not only calorie intake, but also timing of meals.

The new study, a randomized controlled trial published last month in the American Journal of Clinical Nutrition, tested the effect of eating the main meal at lunch compared with at dinner on weight loss in 80 overweight and obese, but otherwise healthy, women aged 18 to 45.

All participants were prescribed a calorie-reduced diet designed to promote a loss of one to two pounds a week over the 12-week study.

Half the women were randomly assigned to eat 50 per cent of their calories at lunch and 20 per cent at dinner. The others did the opposite. In both groups, the remaining calories were divided between breakfast (15 per cent) and snacks (15 per cent).

At the same time, all of the women increased moderate activity to 60 minutes, five days a week, kept food diaries and learned behaviour-modification techniques. They also checked in with a dietitian regularly to help stick to their plan.

After 12 weeks, both groups lost weight. The dieters who ate their main meal at lunch, however, lost more weight, 12.6 pounds on average versus 9.5. They also experienced a significantly greater improvement in insulin sensitivity.

People who are insulin sensitive require smaller amounts of the hormone to clear glucose (sugar) from the bloodstream. Low insulin sensitivity, or insulin resistance, is caused primarily by obesity and can lead to Type 2 diabetes, high blood pressure and accelerated atherosclerosis (narrowing and hardening of the arteries).

The results of earlier research are in agreement that eating more of your calories earlier in the day and fewer of them at the end of the day is beneficial for weight control.

A 2013 Spanish study of 420 overweight adults following a 20-week weight-loss diet found that those who ate a late lunch (after 3 p.m.) lost less weight and experienced a slower weight loss than participants who ate lunch earlier (before 3 p.m.).

Observational data have also tied eating more of one's daily calories at midday to a lower risk of being overweight or obese, whereas consuming more in the evening was associated with a greater risk.

Two weight-loss trials, published in 2008 and 2013, found that among overweight women assigned a 1,200 or 1,400 calorie diet, those who ate 50 per cent of their calories at breakfast and 15 per cent at dinner lost more than twice as much weight as participants who ate a small breakfast and big dinner.

Meal timing is thought to affect the body's circadian rhythm, the 24-hour cycle that regulates biological processes including calorie-burning, hormone release and the balance of blood sugar, blood cholesterol and blood pressure.

Studies suggest that postmeal calorie burning is higher after a morning meal than at dinner. As well, blood sugar and insulin responses are higher after the evening meal than after breakfast. Both responses may help explain why evening or late-night eating is associated with weight gain and obesity.

Eating a greater proportion of daily calories early in the day has also been tied to a lower level of ghrelin, a hunger hormone that stimulates appetite and promotes fat storage. As such, eating a bigger lunch (or breakfast) may help you feel less hungry during the afternoon and evening.

Perhaps it's time to rethink the traditional notion of cereal for breakfast, a sandwich for lunch, and meat and potatoes for dinner. Shifting calories consumed late in the day to lunch (and/or breakfast) appears to be better for your waistline and your health.

I will certainly be encouraging many of my weight-loss clients to rethink the timing of their main meal.

Eating a larger lunch, one that's balanced and nutritious, isn't difficult to do provided you plan for it. And, ideally, if you bring it from home. (It's not easy to find a healthy 700-calorie lunch at the food court or drive-thru.)

Sitting down to a smaller dinner, though, can be a challenge. Many of us have been brought up on the idea that the largest meal of the day is the evening meal.

Shifting your calorie load from dinner to lunch requires a change in mindset and new food-prep routines. With planning and practice, it's very doable.

If you're following a weight-loss diet, making lunch the biggest meal of the day and keeping the evening meal light (and avoiding after-dinner snacks) may give you a competitive edge. Even if you're not trying to lose weight, it could help you stay trim. These strategies will help shift evening calories to midday.

A 750-calorie lunch looks like five ounces of chicken, one cup of brown rice, a green side salad with four teaspoons of vinaigrette dressing and an apple. Or, a tuna (115 grams) sandwich (with two teaspoons of mayonnaise), one cup of lentil soup and ¾ cup plain yogurt with ½ cup of blueberries.

Eat an afternoon snack. To help keep your appetite in check before dinner, eat a small snack midafternoon. Eating more calories at lunch will stave off hunger longer, so you won't need as big a snack as you're used to.

A medium-sized fruit, ¾ cup of Greek yogurt, 15-20 almonds, 12 walnut halves, or a small skim or soy milk latte will do the trick.

Preload dinner with water. Drink two eight-ounce glasses of water before your evening meal. Doing so will help fill your stomach, making you less likely to want to overeat.

Aim for 75 per cent vegetables. Fill three-quarters of your dinner plate with vegetables. Foods high in fibre and water, like vegetables, add bulk to your meals and help fill your stomach. Plus, they're low in calories.

Weigh your protein. A light 300- to 400-calorie dinner, with lots of vegetables, should include a good source of protein such as three to four ounces of cooked fish, poultry or lean meat, ¾ to one cup of firm tofu or six to eight egg whites (or one whole egg plus four to six whites).

To know how much you're eating – and to keep portion size in check – use a food scale to weigh your meat, poultry and fish. Add one ounce to raw weight.

Skip the starch. To keep dinner calories low, consider cutting starchy foods such as rice, quinoa, potato, pasta and bread. Move carbohydrate foods to breakfast and lunch, meal times when your body is more efficient at burning them off.

If you do enjoy starch at dinner, keep portion size small.

Use a smaller dinner plate. Instead of serving less food on a large plate, use a smaller luncheon-sized plate (18 to 23 centimetres in diameter). The plate will look full, giving you the illusion of more food. 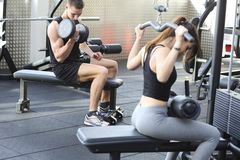 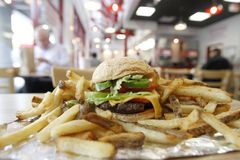