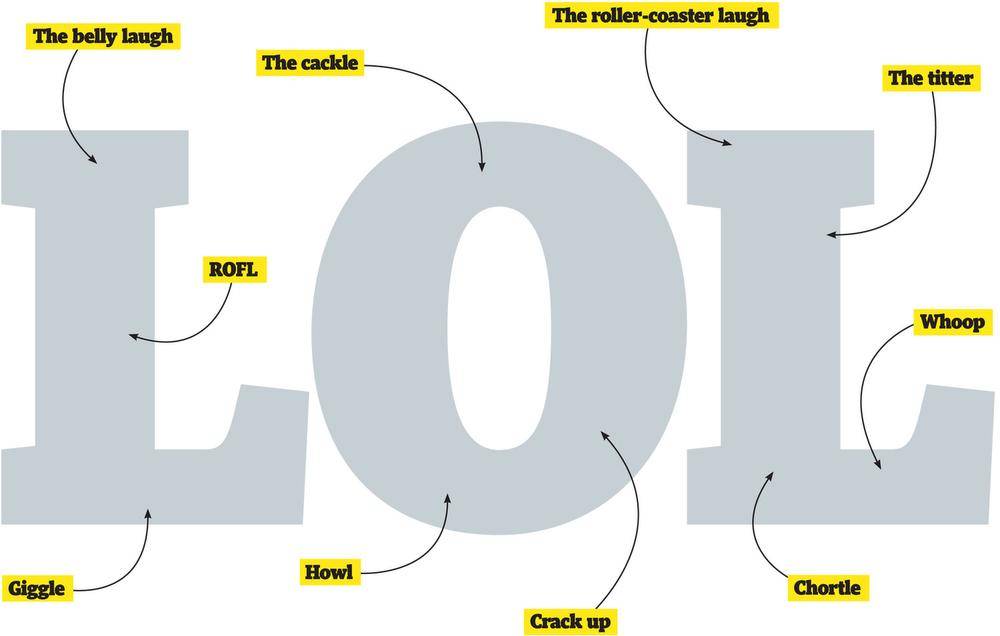 Laughter has been offered up as a magic pill to help improve everything from memory to digestion. But some scientists, Erin Anderssen cautions, aren’t sold on the punchline 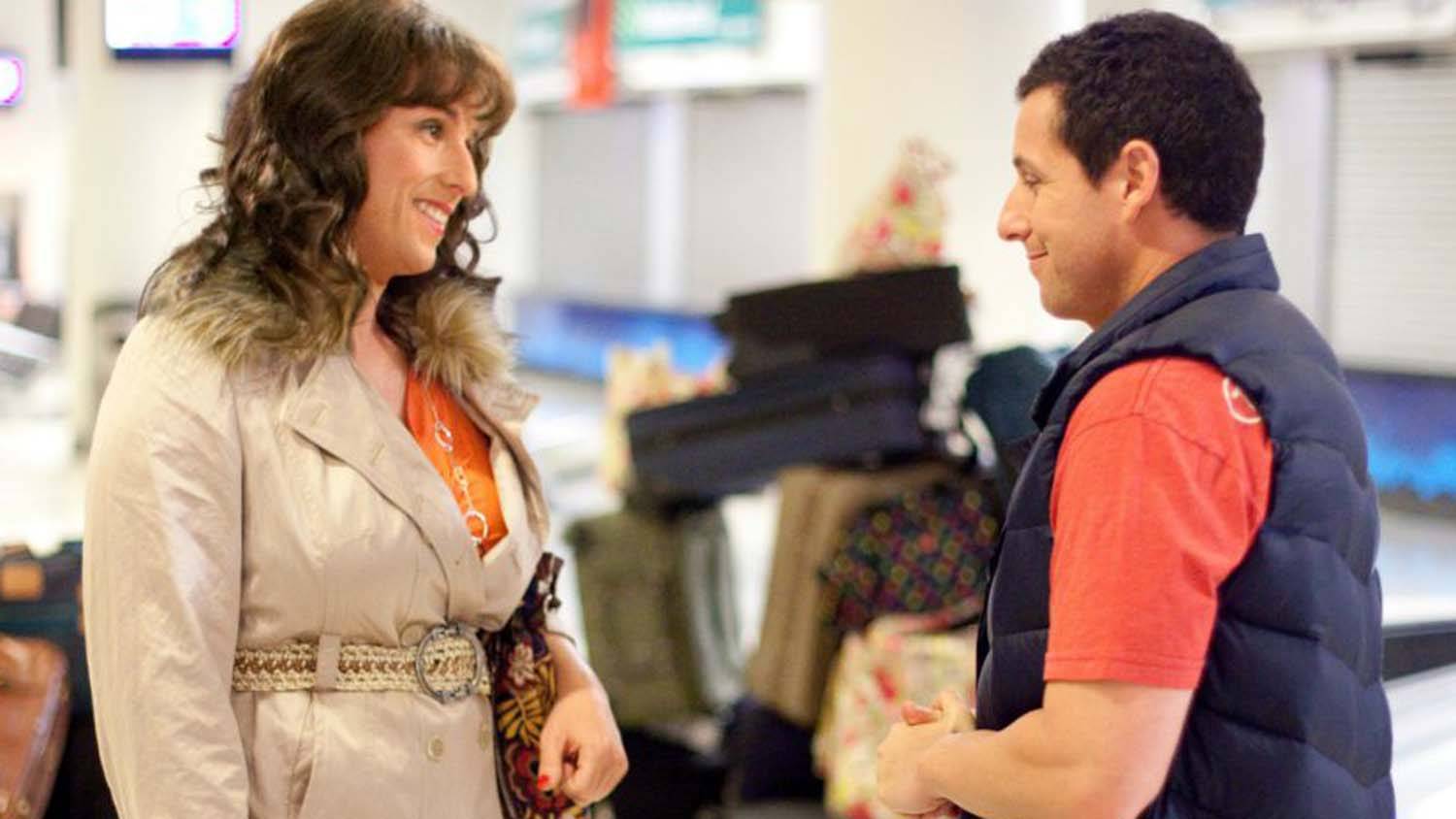 Who needs a silly Adam Sandler movie? Here are five family-friendly laughter exercises suggested by laughter-yoga leader and elementary-school teacher Suzanne Martin. The concept involves using dramatic scenarios as a group to turn fake laughter into genuine giggles. Maintain eye contact and pause to breathe deeply between each exercise. (Note: If you feel foolish, it’s a good sign you are doing it properly.) “Once you catch on,” promises Martin, “you can bring a laughter philosophy into anything in life.”

Pretend you are talking on a cellphone, and the person on the end is saying something that makes you crack up. Make eye contact with the rest of the group as you walk around the room.

Hold an imaginary bow and pull back the arrow, breathing in deeply. When you release the arrow, you let out a huge laugh. (Also known as the explosive laugh.)

Begin with a quiet chuckle. Advance to a medium-sized guffaw. End with the loudest belly laugh you can muster.

The opposite of above. Your face is scrunched up, your arms wrapped around your stomach, you are bent over with gales of laughter, but silent.

Line up chairs one behind the other, and each person takes a seat, pretending they are sitting on a roller coaster. Start with quiet laughter on the bumpy ride up the first hill, and then, as the ride swoops down, raise your arms above your head, laughing as exuberantly as you can.

Zackery Lajoie, age 12, is a champion of laughter, literally. He has a collection of giggles, chuckles and guffaws, carefully practised over weeks this past spring. The knee-slapper. The gradient laugh, which begins with the slightest tee hee and grows to a full belly shake. The baby laugh is his specialty, helping him take the top prize in his school’s first-ever laughing competition, in which students took the stage and tried out, on demand, their best laughs before a giggling audience. Top that for a school assembly.

Laughter is part of the curriculum at St-Michel Catholic School in New Liskeard, Ont., with every class participating in 10 minutes of laughing exercises each day. A hard sell at first, says Suzanne Martin, the special-education teacher who introduced the program, since people believe “if you have a rowdy class, you don’t have control of the kids.” On the other hand, Martin argues, laughing is a cost-effective mental-health program. “It’s so we don’t get stressed,” says Zackery. When the laughing assignment came home in prep for the competition, the whole family joined in, fake chuckles soon leading to genuine hilarity.

While laughter is undoubtedly salve for the spirit, some scientists are trying to prove that it might be “the best medicine” for our physical ailments as well. For centuries – if you count the observations of Aristotle – laughter has enjoyed an assumed reputation as an elixir of good health and longer life. You’ve probably heard this one before: Laughter boosts immunity, heart function and memory, improves pain tolerance and digestion, reduces allergies and blood pressure. A preliminary study presented at an experimental biology conference in April suggested that a dose of laughter, delivered via a television comedy, helped to improve memory in seniors. In his new book, Heal Your Heart, coming out this fall, U.S. cardiologist Dr. Michael Miller prescribes a daily 15-minute dose of from-the-belly laughter to improve blood flow, among other benefits. In other words, Tina Fey isn’t just a comic genius, she’s our personal trainer. We might all be chuckling our way to strong hearts and trim bellies – and dutifully doing our laughter homework – but for this wet blanket: The science isn’t solid on the punch line. At least not yet.

The idea of laughter as a health tonic took off in the 1970s, with the fascinating case of Norman Cousins, an American magazine editor who had been diagnosed with a painful and chronic rheumatoid disease, for which mainstream medicine could offer little help. After conducting his own research on the power of positive emotions, Cousins self-prescribed, along with massive doses of vitamin C, daily laughter – acquired by reading joke books and bingeing on Marx Brothers movies. He recovered, later writing in his book, Anatomy of an Illness, that just 10 minutes of deep laughter provided two hours of sleep without pain.

Since then the studies have piled up (along with a laughter-yoga movement, similar to the exercises at St-Michel school). Most experiments involve having participants watch a funny movie, and comparing their results to a control group (or those shown a serious documentary). 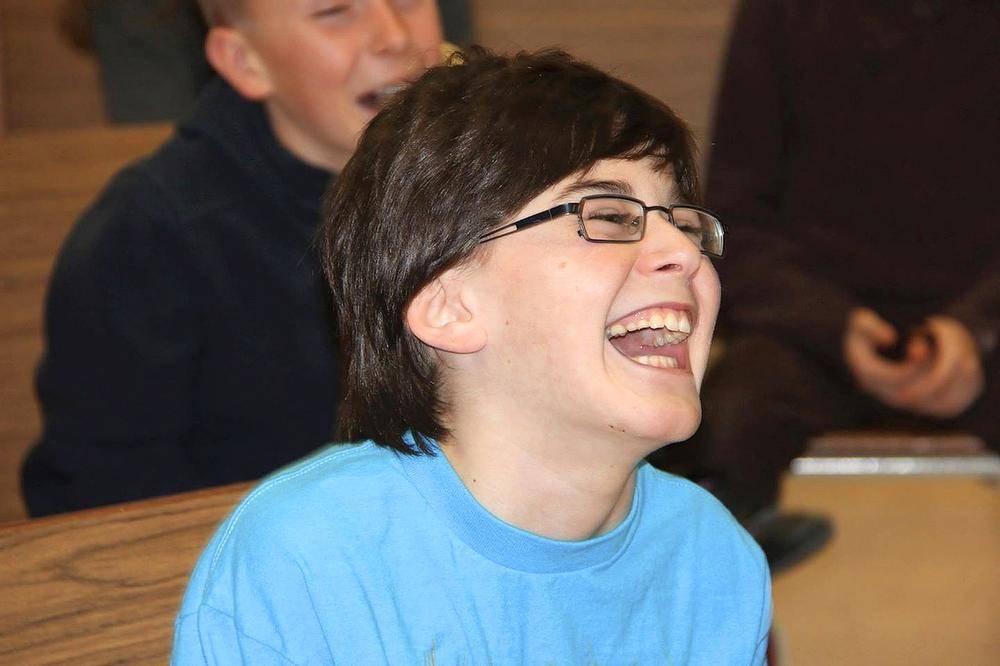 By testing the saliva of comedy-viewing participants, U.S. researchers have reported changes that suggest immunity-boosting benefits of laughter, or at least humour. In a series of Japanese experiments, participants showed a decrease in allergic reactions. People exposed to humour have been able to hold their arm in ice-cold water, a standard pain-threshold test, for longer periods, even after the funny movie ended. 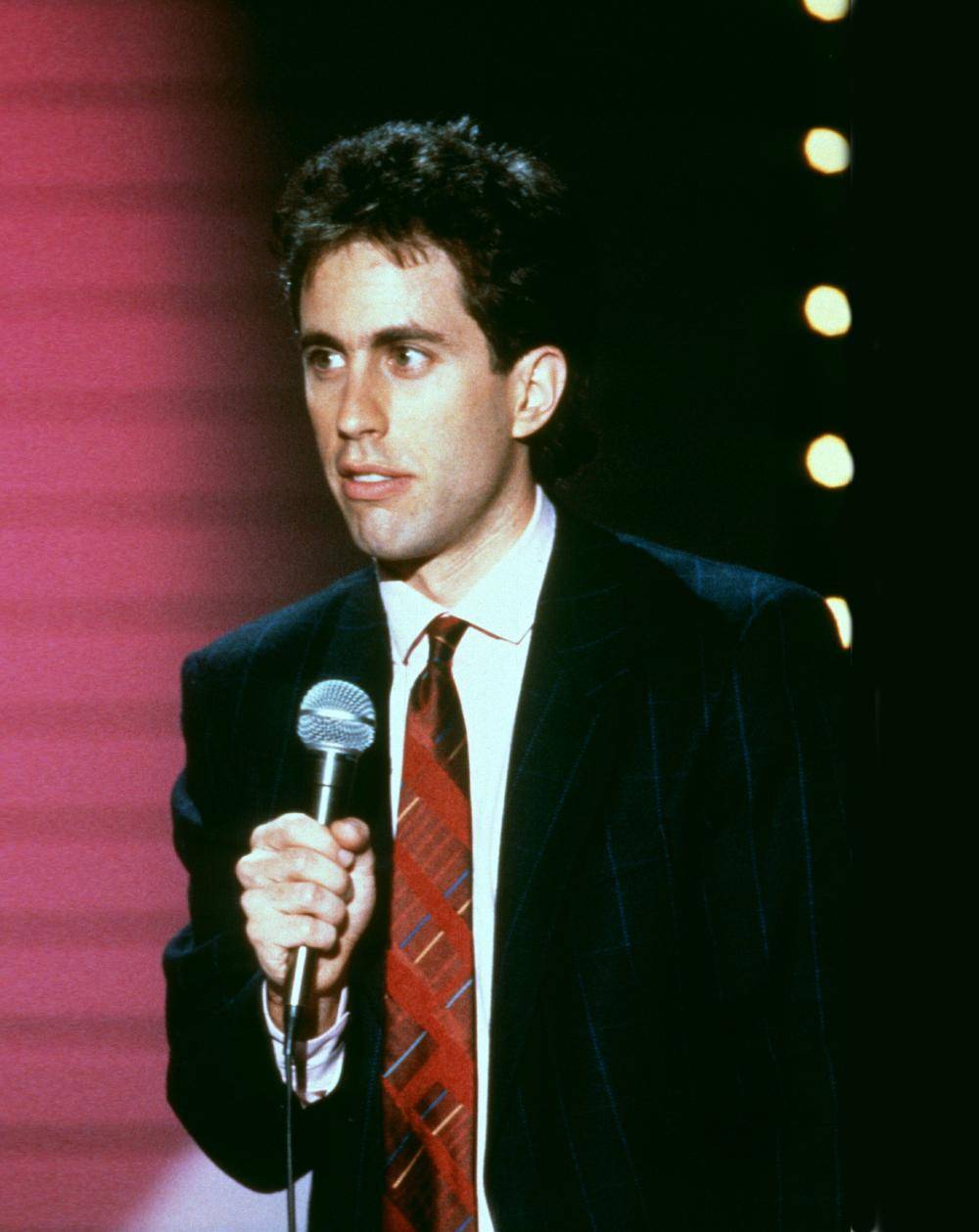 The comedy course at Iowa State University has a final exam that would terrify many – performing stand-up in front of a live audience. “If you don’t get one laugh, you fail,” says Gavin Jerome, a professional entertainer who teaches the course with Peter Orazem, an economics professor at the university and an amateur stand-up comic. They claim they can make anyone funny, and after eight weeks of writing jokes and analyzing comedians, even their most humour-stunted students have “killed it” on their opening night. The class, which as Orazem points out, teaches public-speaking skills even when studying Johnny Carson, has already “sold out” for its second run this fall. Some of their hints:

1. Never start with “here is a joke.” If they laugh, they will know it is a joke. If they don’t laugh, you did not promise anything.

3. To create a joke for a speech, brainstorm by writing down what you know about a topic, and isolating the parts that might be funny. Then edit your joke. (Comedy is an art, says Orazem, pointing out that Jerry Seinfeld once admitted to working on a single joke for three years.)

4. The best jokes are about you, not other people.

5. Tell stories that are true, sort of. Exaggeration is every comedian’s secret weapon.

One oft-reported claim originates with Stanford University’s Dr. William Fry, a pioneer in the area, who called laughter “inner jogging,” and compared laughing at least 100 times a day to 10 minutes on a rowing machine. In his research as the director of the Center for Preventive Cardiology at the University of Maryland Medical Center, Miller says laughter – the kind that brings tears to your eyes – has been found to release chemicals from various parts of the brain that interact to increase nitric oxide, a heart-helping compound, leading to his prescription for laughter, along with exercise.

But Miller concedes that the evidence for laughter as a health benefit is “strong but sparse,” partly because the longitudinal studies required are expensive. Dr. Rod Martin, a psychology professor at the University of Western Ontario and the author of the book The Psychology of Humor, says that many of the findings are based on small sample sizes, with results not always replicated in other research. As well, he suggests, experiments don’t always account for important factors such as how much participants actually laughed. (Even Cousins’s account of his recovery is anecdotal, Martin points out, and it’s not clear how much his daily laughter helped – as opposed to the vitamin C or a positive attitude.) “Most of the research doesn’t stand up to the normal standard of science,” he contends, calling the focus on physical health “wrong-headed.” For one thing, Prof. Martin argues, laughter evolved as a social signal of friendliness and play, and there’s good evidence to support its positive role in mental health and community-building. But as a form of exercise, for instance, it’s not particularly efficient. Other research, he says, has found that people with a good sense of humour don’t actually live longer than their pessimistic counterparts, possibly because their optimism keeps them from seeing risks, or going to the doctor. (And some laughter, such as mocking, can have negative effects on mental health.)

But when it comes to having a good giggle with friends, do these caveats really matter? Miller says his decades-long work with heart patients, particularly those who appeared fit and healthy, revealed a “common denominator” – a lack of positive emotions in their lives. “Laughter and humour are ambassadors to all the positive emotions,” says Dr. Billy Strean, a University of Alberta physical education professor who has written about laughter. From a practical perspective, whatever the science, is it a good idea to laugh more? Absolutely, says Strean.

The Lajoies, for their part, are still practising their giggles. Zackery and his younger brother face off in ad hoc laughing challenges. At the next family reunion, his mother, Annie, says, a more formal competition is in the works. Laughter may not be a cure for all that ails us. But as prescriptions go, it’s certainly the most entertaining pill to swallow.