This is the first in a series examining health repercussions for Canadians due to a changing climate.

Today's topic: Lyme Disease. The latest report from the Intergovernmental Panel on Climate Change notes that the number of cases of Lyme disease is already on the rise in Canada, and that the vectors (the ticks) will continue to spread along climate-determined trajectories.

At age 28, Kevin Sherriff developed severe nausea and flu-like symptoms that sent him on multiple trips to the ER. Canadian doctors examined him for everything from multiple sclerosis to brain tumours and chronic fatigue syndrome. But a battery of tests failed to explain his symptoms, including gastrointestinal distress and difficulty sleeping, even as his weight dropped from 155 to 118 pounds, leaving him weak and unable to work.

Sherriff, now 31, said it took a trip to a doctor in New York State and $1,200 in tests from a private lab in California to confirm he had Lyme disease and co-infections including Babesiosis, caused by a microscopic parasite.

These tick-borne illnesses, and accompanying extreme fatigue – some days he could barely leave his bed – cost him two years of his career as an elementary school teacher in Whitby, Ont. But without an accurate diagnosis and long-term antibiotic treatment, he said, "I would not be alive."

Most Canadians think of Lyme disease as a rare illness that afflicts hikers bitten by ticks in the deep woods. Infected individuals develop a bull's-eye rash and go on antibiotics for a few weeks to clear it up. Problem solved.

The trouble with this picture – promoted for years by Canadian health authorities – is that it does not begin to capture the true threat of Lyme disease, which in its chronic form can turn into a life sentence of debilitating joint pain and neurological problems. Disease-carrying ticks in Canada have increased tenfold in the past two decades, spread by migratory birds and nurtured by warming climates that allow them to thrive in our own backyards. While reported cases jumped 146 per cent between 2009 and 2012, advocates say that testing is inadequate and doctors lack awareness of Lyme, resulting in gross underreporting and underdiagnosis of this rapidly emerging infectious disease.

Jim Wilson, president of the Canadian Lyme Disease Foundation (CanLyme), says Canada lags far behind the United States in testing for the multiple strains of bacteria that can cause Lyme.

Canadian tests and clinical exams are "way too narrowly focused for what we're running into in the wild," Wilson said.

According to the Public Health Agency of Canada (PHAC), only 315 cases of Lyme disease were reported in 2012. The actual number is likely in the thousands, Wilson said, noting that 3,000 patients contact his organization each year. A 2013 report from the U.S. Centers for Disease Control and Prevention estimated that 300,000 Americans are diagnosed with Lyme disease each year – 10 times the reported number of 30,000.

Detecting Lyme is an evolving science, however. Recent studies have shown that different strains of Borrelia, the bacteria that causes Lyme, may target different organ systems, triggering a variety of immune responses. While the responses vary, one strain alone can affect skin, joints, the heart and nervous system.

Canadian health authorities recognize the need to detect different strains of Borrelia bacteria, the PHAC said in a statement, adding that Canadian labs are using "updated screening tests that are reactive to a much broader range of Borrelia strains."

But Wilson said that from what he's heard in the Lyme community, Canadian patients are still being offered the same old tests. The standard Western blot test detects only a lab strain of Borrelia and its close cousin.

The second test, known as the ELISA, isn't sensitive enough to distinguish Lyme disease from such illnesses as lupus or rheumatoid arthritis, according to Dr. Brian Fallon, director of the Lyme and Tick-Borne Diseases Research Center at Columbia University.

Both are known to have "significant limitations," Fallon said.

Newer tests available at private U.S. labs can detect all strains and species of Borellia bacteria. Although these tests have their own pitfalls, "they're really an improvement on the standard tests," said Fallon, who saw no reason why they should not be widely used in Canada.

"It's not like those tests are so expensive," he said.

Although blood tests can help confirm a diagnosis, Fallon said he agreed with the PHAC's position that doctors should diagnose Lyme disease mainly on clinical grounds (what they can glean from the patient during the office visit).

Unfortunately, though, too many Canadian doctors do not recognize the nebulous symptoms of Lyme disease, Wilson said.

Many are unaware that a significant number of infected people do not develop a tell-tale rash, and instead may experience joint pain, headache and fatigue, which are easily mistaken for other illnesses, he said.

Patients treated with antibiotics within the first six weeks of infection have a good chance of a full recovery.

Those left untreated until they develop neurological symptoms, according to European studies, are much more likely to suffer chronic symptoms three years later than patients treated in the early stage.

But in Canada, Wilson is hearing that patients from coast to coast are being told by physicians that without a rash or a positive blood test, "they can't have Lyme."

Lyme disease is on the national agenda, however. In March, the PHAC launched an action plan to increase public awareness, research, prevention and active surveillance of Lyme disease.

The launch coincided with the second reading in parliament of Bill-C442, a private member's bill submitted by Green Party leader Elizabeth May, who called for a national strategy to better diagnose and treat Lyme disease.

Meanwhile, CanLyme has donated $300,000 to a new Lyme-disease research and treatment facility scheduled to open in 2015 in Toronto's redeveloped Humber River Hospital.

The research team gained ethics approval this month to analyze human tissue samples from patients diagnosed with chronic diseases including MS, fibromyalgia and Alzheimer's disease. Using genetic testing, researchers will scan for the entire genus of Borrelia bacteria to see whether some cases of chronic disease may be due to tick-borne infections.

Other researchers have found that both MS and Lyme disease can cause brain lesions, detected through magnetic resonance imaging. In rare cases, patients have been misdiagnosed with Lou Gehrig's disease and later treated for Lyme disease, with good results.

Unless Canada starts doing a better job at detecting Lyme disease, Wilson said, "we're going to continue to have most people in the chronic category, because they're just not being picked up."

For Sherriff, dealing with Lyme disease has become a way of life. He has been on antibiotics for more than two years, and says his symptoms, including nausea and fatigue, come back whenever he goes off them. On the advice of a naturopath, he takes fish oil, garlic and probiotics to counteract the effects of antibiotics, and maintains a strict diet limited to meat, vegetables and fruit.

The regimen has been worth the effort, said Sherriff. 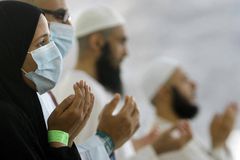