Federal Health Minister Leona Aglukkaq has ordered an investigation to determine why Canadian women were not immediately informed of a recall of potentially faulty birth-control pills.

The department failed to notify Canadian women of the recall of Alysena 28, a generic birth-control drug, for five days after the problem was identified. The risk of accidental pregnancy was not deemed serious enough to trigger an urgent product recall.

In a statement, Aglukkaq said she is "concerned" that women may not have received the information in a timely manner and has asked Health Canada to examine the issue and "assess whether processes were followed and that they are sufficient."

Members of the medical community say they are angry and confused by what they describe as Health Canada's inadequate response. The incident risks undermining confidence in the safety of contraceptives, they say.

"This is just unprecedented," said Dr. Jennifer Blake, chief executive officer of the Society of Obstetricians and Gynecologists of Canada. "We really regret and deplore that that has happened."

Apotex Inc., the distributor of Alysena, learned on April 3 that the 28-day pill packs may contain an extra week of placebo, or sugar, pills. Typically, one week of sugar pills is included in 28-day packs to help women remember to take the medication every day. If women took two weeks of placebo pills instead of one, it would dramatically increase the risk of unplanned pregnancy.

After it learned of the problem, Apotex issued a "Class II" recall notice to pharmacies and other industry members. Health Canada learned of the issue the next day and posted the Class II recall notice, intended for health-care professionals, on its website over the weekend.

A Class II recall occurs when a product may cause temporary health issues or where the probability of serious problems is remote. But because Class II recalls are not considered life-or-death, the general public may not hear about them.

Last weekend, Health Canada conducted its own investigation and realized that some women who should not become pregnant for medical reasons might be at risk because of the potentially faulty pills. For that reason, the department also issued a more serious Class I recall. Those types of recalls are reserved for instances when exposure to a product is reasonably likely to cause serious health problems or death.

On Monday, Health Canada posted the urgent Class I recall to its Healthy Canadians website, which e-mails details of product recalls to signed-up members of the media and the public. The department also tweeted the details of the recall.

Blossom Leung, a Health Canada spokeswoman, said the department would have encouraged pharmacists to contact women as soon as they learned of the recall last week.

However, the Canadian Pharmacists Association said the handling of this recall has led to widespread confusion among pharmacists. Although some realized the severity right away, in many cases, they began reaching out to affected women only in the past few days.

"I really scratched my head on this one," said Phil Emberley, director of pharmacy innovation with the association.

Although an unplanned pregnancy might not meet the strict definition for a Class I recall, the serious nature of the problem warrants immediate notification, Emberley said. "It could be catastrophic for a lot of people if it's not planned," he said. "I think there is an urgency [to this situation] that needs to be out there."

Leung said product-recall assessments are designed to take health risks into account, not lifestyle impacts, such as unplanned pregnancies.

Julianna Diller, a 19-year-old resident of Hamilton, said she takes Alysena and was informed of the recall only Tuesday. "It's pretty terrifying," she said. "I'm doing the smart thing and being a responsible teenage girl … and this kind of backfires."

Emberley criticized the initial delay in spreading vital information about this recall and said action should be taken to prevent similar problems in the future. "This is a really, really unfortunate situation and I can't recall one quite this serious in quite some time," he said. "I think we really need a system where people assess the risk quickly and take a very broad view as to how this could affect Canadians and then do the right thing."

At the Society of Obstetricians and Gynecologists of Canada, Blake said the problem also suggests – or leaves the perception – that contraception for women is not considered a priority health issue. "Women have had the benefit of a completely reliable high-quality network of contraceptive options in Canada and this is simply not good enough," she said. "One would hope that there's more enlightenment at Health Canada."

The recalled pills carry the lot number LF01899A. Reports suggest that the batch contained about 50,000 packages. 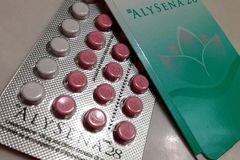 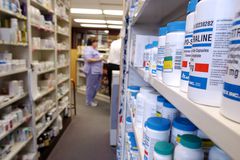 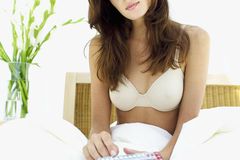