Last week in the New Yorker, Ariel Levy published her story of having a miscarriage alone on a hotel bathroom floor in Mongolia. The author herself was one of the first to tweet it. "Brace yourself," was all she said.

The rest of the world was more effusive.

The British columnist Caitlin Moran called it the best piece she'd read all year. Gawker said it "will either make you want to curl up into a ball or go out and hug everyone you can." Many female commentators claimed they couldn't recover from reading it. Superlatives like "shattering," "devastating" and "powerful" preceded its countless links on social media.

It was one of those rare pieces of personal journalism that seemed to effect an instant emotional transference between writer and reader. It didn't just make you cry – you cried as if the writer's trauma had, in some small way, happened to you. And for many women this was undoubtedly true. According to BabyCentre Canada, roughly one in five confirmed pregnancies miscarry, though late-term miscarriages like Levy's are far more rare. In both cases, however, the number is rising as women choose to have babies later in life.

Levy's story is important not only because it is an electrifying piece of prose, but also because of its unnerving subject matter, a reality that's rarely addressed in public.

We all know that miscarriages can be devastating. So why do we resist discussing them? Why do so many of us behave as if this common horror simply doesn't exist? The answer, of course, is cultural shame.

We know there shouldn't be any taboo around the trauma of losing a baby, and yet the whole business has to do with the female reproductive system. Miscarriages, like abortions and menstruation, are distinctly vagina-related, and that freaks us out. And by "us" I mostly mean men. It's much harder to be freaked out by vaginas when you have one, though it must be said that some women do manage it.

Take the surrounding etiquette. When I became pregnant I was instructed by close friends and family to keep it secret until the first trimester was over, "just in case." It went without saying that no sensible, well-brought-up woman would want the whole world knowing she had lost a pregnancy.

But why not? Why would I want to keep such a physical and emotional trauma secret? If my appendix burst I'd tell people. If I lost a friend or a relative, or even a tooth, I'd tell people. Why was a pregnancy so different?

Levy writes of how in the hours after her miscarriage she lay in hospital in a state of terrible guilt. "I knew, as surely as I now knew that I wanted a child, that this change in fortune was my fault. I had boarded a plane out of vanity and selfishness, and the dark Mongolian sky had punished me."

In fact Levy's miscarriage had nothing to do with travel or work, or anything she could have controlled. And yet her feeling was one I have heard described by almost all my friends who have miscarried. Women feel guilty when they lose a baby in large part because they are told to pretend it simply hasn't happened. We think we are comforting ourselves by being "private" about such things when in fact this secrecy works to perpetuate the stigma.

Women feel weird about miscarriages in the same way we feel disgusted by our periods or guilty about sex – not because we should, but because our culture instructs us to.

I have a friend who, like Levy, lost a baby five months into her pregnancy. She took a couple of days off work, and when she returned several colleagues came by her desk to say they were sorry: The entire office had known she was pregnant and she made no secret of what had happened. Then her boss called her into his office. He started talking about a new project she was working on. As he talked, she realized he wasn't even going to mention the miscarriage.. She had been pregnant and now she wasn't, and there was nothing this man could think of to say.

"I could see the fear in his face," she told me later. "It was like he was afraid my womb was going to fall out and mess up his carpet."

I am not saying this man was a monster, but it is monstrous that we live in a society in which his behaviour could seem even remotely normal or polite.

Part of the problem, I think, is that people (particularly nice, educated, middle-class, pro-choice people) are not sure what to make of the death of a fetus. Legally speaking, a fetus isn't really a person but a part of a woman's body. But that doesn't mean a miscarriage doesn't feel like a death. When a wanted pregnancy ends, a world of desired possibility is destroyed. A doorway to an imagined future of laughter, music and silly dancing is slammed shut.

These silent tragedies are around us everywhere; they are the blood stains on the discarded bath towels, and the pillowcases soaked with 3 a.m. tears. They are real and unacknowledged and, most important, they are absolutely not our fault. We need to believe this, and then we need to talk about it. 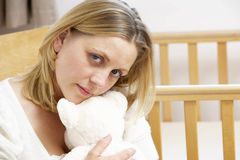 The growing case against bed rest for high-risk pregnancies
September 19, 2013 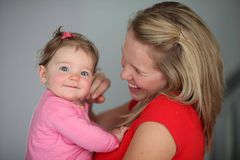 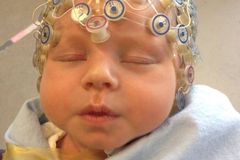