One-third of Ontario students in Grades 7 to 12 reported elevated levels of psychological distress, according to a new survey released by the Centre for Addiction and Mental Health, a substantial spike since 2013.

The rate jumped from 24 per cent in 2013 to 34 per cent – approximately 328,000 adolescents – in 2015, an increase called very "surprising" by Robert Mann, senior scientist at CAMH and co-lead investigator of the Ontario Student Drug Use and Health Survey.

The survey, which included 10,426 student participants from 220 schools, is conducted every two years and is the longest-running school study of adolescents in Canada. The survey covers a wide range of topics – including their lives at home and school, their physical health, and gambling and video gaming.

Psychological distress encompasses symptoms of depression and anxiety, and the survey found that girls were twice as likely as boys to report such symptoms – 46 per cent compared with 23 per cent.

Dr. Mann said life is "much more complex now than it was 20, 30 years ago," as people are concerned about careers and relationships in a "different, perhaps more acute way." This, he suggested, could have had some effect on the data.

"We often think of the adolescent years as being the prime of life – they're young and healthy with all their lives in front of them – but in fact it's different for a large proportion of students. It's a very stressful time and I think we need to be recognizing this," he said. "We're certainly going to be looking at this much more carefully."

The spike in psychological distress has also been met with an increase in the number of adolescents who visit a mental-health professional. One in five participants (21 per cent) reported visiting a mental-health practitioner at least once during the last year, up from 12 per cent in 1999.

"People are now recognizing that there are mental-health issues that students are dealing with that we need to be addressing, and I think the governments are mobilizing and schools are mobilizing to deal with these concerns," Dr. Mann said.

"It's not that we're seeing more kids with mental-health issues. It's that people are reaching out for help more, which is a good thing," said Kim Moran, president and CEO of the advocacy group Children's Mental Health Ontario.

Open Minds: Only one in five young people get the help they need. There is a better way

Students were also asked about gambling and video gaming, and the survey found that 63 per cent spent three hours or more per day in front of a television or computer – up from 57 per cent in 2009. Eighty-six per cent of students reported visiting social media sites daily, while about 15 per cent said they spend five hours or more on social media per day.

While the survey did not examine the relationship between screen time and psychological distress, Lisa Pont, a social worker with CAMH's Problem Gambling Institute of Ontario, said that "certain people are more vulnerable to developing problems with technology," including those who suffer from anxiety and depression, among other things.

"So once they do develop a problem with technology overuse, there's often other negative consequences that result from it, and that can either exacerbate the depression and anxiety or create depression and anxiety," she said. "If you're having family conflict, poor academic performance or sleep disturbances, which are all part of the negative consequences associated with tech overuse, you also may be more likely to experience psychological distress as a result of those things."

The survey also found an increase in the number of high school students who were being prescribed medication for anxiety, depression or both.

Despite a spate of provincial initiatives introduced to address a looming youth mental-health crisis, Ms. Moran said Ontario needs to spend more strategically. CMHO's annual report card, released earlier this year, showed a 60-per-cent increase in hospitalizations for youth seeking treatment for mental-health issues in Ontario. Additionally, young people face wait times of up to a year or more while seeking treatment, and symptoms often worsen while they wait.

"If you would talk to any parent in the province who's tried to access mental-health treatment, they would say it's not enough, it's too complicated, there's not enough being done," she said. "What we found in our data is that people are accessing hospitals because they can't find the therapy in the communities that they're looking for. We made the point to government this year that it actually costs a lot of money for all these youth going to hospitals for mental-health issues and it's not even the treatment that they need."

Although some of the CAMH survey's finding were discouraging, it did yield some positive results. Dr. Mann said a large proportion (32 per cent) of students reported "liking school very much or quite a lot," which is "a very positive finding." The percentage of students being bullied also dropped since 2003, from 33 per cent to 24 per cent, and those bullying others fell from 30 per cent to 13 per cent.

With a report from Mahnoor Yawar 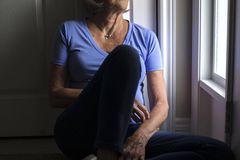 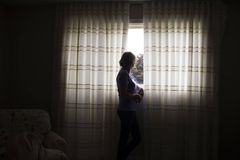 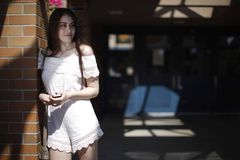 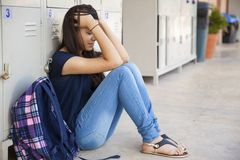 Niall McGee didn’t believe in depression – until cancer medication put him in a suicidal spiral
May 28, 2015
Follow us on Twitter @globe_health Opens in a new window
Report an error Editorial code of conduct
Due to technical reasons, we have temporarily removed commenting from our articles. We hope to have this fixed soon. Thank you for your patience. If you are looking to give feedback on our new site, please send it along to feedback@globeandmail.com. If you want to write a letter to the editor, please forward to letters@globeandmail.com.
Comments