Decades before omega-3 fatty acids were being promoted far and wide for a healthy heart, Robert Ackman was in his white lab coat at the Halifax lab of the Fisheries Research Board of Canada working on the technique that allowed fish oils to be isolated, understood and ultimately marketed to the masses.

While studying in London, England, the New Brunswick native encountered the new field of gas-liquid chromatography, used to break down the components of the complex oils, and pioneered the technique in Canada, enhancing their commercial applications in many areas.

At that time marine oils were used in linoleum and paint, as well as in vitamins, margarine and ice cream. But scientists and doctors were beginning to notice that Inuit and Greenlanders – for whom marine life was a dietary staple – were not prone to heart attacks. They wanted to investigate what it was in the diet that helped prevent heart disease.

"He was a pioneer in this area," said E. Graham Bligh, a retired researcher and Dr. Ackman's boss at the Canadian Institute of Fisheries Technology, which was established in 1979 after the fisheries board was closed down. "He was Canada's leading fish-oil scientist. He developed the process for separating polyunsaturated fatty acids – the omega-3s – from the rest of the oil and that is the process that is being used now. Being able to separate them enabled the capsulization."

Dr. Ackman was also instrumental in helping the canola oil industry on the Prairies create an edible and commercially successful product. Later, as environmental awareness grew, people turned to him to understand the effects on marine life of pollution, oil spills and other problems.

Dr. Ackman died July 16 in Halifax at the age of 85. He leaves his wife, Catherine, daughters, Elizabeth and Margaret, and four grandchildren.

"He was a very, very meticulous analyst," said Richard Addison, who worked with Dr. Ackman and is now an expert in the field of marine pollution. "We would do a gas chromatographic analysis and I would say, 'Looks like we've got this percentage of a compound here and that percentage there' and he would say, 'We have to prove that.'"

So the experiment would be redone with chemical conversions to see if the results coincided. "He would never take anything at face value," Dr. Addison said. "He always wanted confirmation. It was one of the reasons he attained the reputation he did in his field."

Robert George Ackman was born on Sept. 27, 1927, in Dorchester, N.B., the son of Kenneth and Lottie Ackman. An early memory was shining the buttons of the uniform his father wore as a police officer.

His love of science was sparked at the age of 4 when he received his first chemistry set. He also learned to like the taste of cod liver oil, widely fed to children at the time as a source of vitamins A and D.

He studied math, physics and chemistry at the University of Toronto, graduating in 1950 and going on to earn his master of science in organic chemistry from Dalhousie University in Halifax, where he began working with the Fisheries Research Board of Canada's Halifax lab, then world-famous for its research.

Hungry to further his credentials, he applied for and won a scholarship to pursue his studies in England, coming back to Canada with a Diploma of the Imperial College and a PhD from the University of London.

In 1957, Dr. Ackman married Catherine McKinnon, a Canadian nurse he had met on a blind date in London. The couple had two daughters.

Margaret Ackman, now a pharmacist in Edmonton, didn't understand the ins and outs of gas-liquid chromatography when she was growing up, but she remembers rolls of paper with seismograph-like readings cascading off the dining room table as her father intently studied them.

She also remembers the interesting people from all over the world who came to Halifax to study or work with her father and were brought home for dinner. He was proud to show visitors everyday life in Canada, and would bring scientists and graduate students to such events as Halloween pumpkin carvings and grade-school birthday parties.

Dr. Ackman's specialty led to invitations to lecture around the world. He relished these experiences, taking his family along when possible. Ms. Ackman remembers him arriving home from a trip to Japan with exotic dolls and descriptions of a once-esoteric, now ubiquitous commodity – sushi.

Dr. Ackman helped establish the department of food science and technology at the Technical University of Nova Scotia (which became part of Dalhousie in 1997) and continued to do groundbreaking research as well as lecturing and working with graduate students.

His understanding of the components of fish oil meant he was in demand when it came to investigating how pollutants and other factors were affecting marine life.

Dr. Bligh remembers a problem with Bay of Fundy herring that were contaminated with what was thought to be diesel oil from fishing boats. "So the samples were brought to Bob and he did the analysis and said, 'It's not diesel oil, it's Venezuelan crude.'" There had been a spill as the crude was en route by tanker to the refinery in Saint John.

"He could give you a fingerprint of almost any oil at all," Dr. Bligh said.

Dr. Ackman started to investigate the presence of DDT and PCBs in fish of the Atlantic region and how processing the oils could help reduce contaminants. "We had to learn a lot of new chemistry and new toxicology very quickly," Dr. Addison said.

When herring were dying off in Placentia Bay in Newfoundland in the late 1960s, Dr. Ackman helped get to the bottom of why – it was white phosphorus leaking out of a factory near the bay.

"It was a time when one man could know everything there was to know in his field," Dr. Addison said. "That is not the case any more."

Dr. Ackman was made an officer of the Order of Canada in 2001 and received the Diamond Jubilee Medal in 2012. He also received an honorary doctorate from Dalhousie and the H.P. Kaufmann memorial lecture medal from the International Society for Fat Research.

While he was known for working with herring and cod, exotic specimens also came under his intense scientific scrutiny – leatherback turtles, sunfish and venomous sea snakes sometimes made their way into his lab.

Janet O'Dor, who worked for Dr. Ackman as a manuscript assistant from 1989 to 2001, said he received at least a half-dozen requests a week to peer review papers in scientific journals. "He took great delight in papers where the scientist had identified a novel fatty acid and he could comment in reply to the journal that the particular fatty acid was already reported in a paper from the 1960s."

When she retired in 2001, her boss was approaching 600 publications of his own. "He was most distressed that I would not be around when he reached the 600 mark," she said.

Stanley Frost, the ‘Bard of McGill,’ went from pastor to professor to historian
August 28, 2013 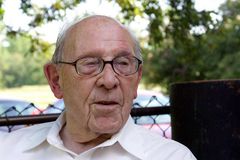 Anthony Pawson helped discover how cells communicate with each other
August 14, 2013 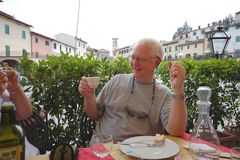