As a volunteer with Médecins sans frontières, Dr. Wendy Lai has treated patients in some of the poorest countries on Earth, like Haiti and the Democratic Republic of Congo.

Here at home, she volunteers at the Community Volunteer Clinic for Medically Uninsured Immigrants and Refugees in Scarborough, Ont. And she sees plenty of newcomers to Canada in her day job as an emergency physician at Humber River Regional Hospital in Toronto.

"The patients are essentially the same: People who need a bit of medical help to get on with their lives," Dr. Lai says.

What she finds absurd – and unacceptable – is that refugees (and to a lesser extent immigrants) to Canada need to depend on charity for their health care, just as they do in disaster-ravaged and war-torn countries.

There are three reasons for this:

In the year since Ottawa cut benefits for refugees, it has "saved" a little less than $20-million. (Two years ago, it cost about $84-million to provide temporary coverage for the 28,000 refugee claimants; after the cuts that cost was about $65-million.)

But those savings are illusory.

Refugee claimants did not suddenly stop having babies, getting sick, and needing surgery and treatment for chronic illnesses because the government decided it was going to crack down on so-called scammers.

Instead of being treated by family physicians, refugee claimants are turning to emergency rooms and makeshift clinics. As a result, costs are not being reduced but absorbed by hospitals and provinces.

There are also a lot of reports of real harm coming from this short-sighted policy. They include the children of refugee claimants being denied immunizations, X-rays being refused for a patient suspected of having tuberculosis, medication being denied to a refugee who was suffering from trauma and suicidal thoughts, and a surgical procedure that could prevent blindness being cancelled for lack of medicare coverage.

In all those instances the costs of refusing or delaying treatment will prove much greater in the long run.

But beyond the superficial money argument, there are important points of principle at stake.

Canada has a long humanitarian tradition of providing care to refugees, both abroad and at home. We are also a country that takes pride in medicare, in a system that provides "universal" health care.

It's not universal if you exclude some Canadians and would-be Canadians. And it's unconscionable to exclude those who are most in need.

In a universal health system we should also not be putting our physicians in a position where they have to check citizenship papers before they treat someone.

"When people show up in the ER, I think they should get treated," Dr. Lai says. "I consider health care to be a human right, not a luxury."

Asylum seekers are, by definition, the neediest of the needy: They are fleeing war, violence, persecution, famine, often with little more than the clothes on their back. People fleeing from Somalia and Syria are not coming to Canada to get free dental care for three months. They're coming here to build new lives.

Sure, there may be a few scammers, but the government claim that it is merely ending "gold-plated benefits to false rejected asylum claimants who have no legal right" is hollow rhetoric.

The fraudsters will always find a way to defraud, and they should be dealt with by the legal system, not with draconian policies about access to health care.

Let's give the government the benefit of the doubt and say the crackdown was well intentioned. It was nonetheless harmful. There is far too much collateral damage being done to the honest refugee claimants, and to Canada's reputation.

The new Citizenship and Immigration Minister, Chris Alexander, is a veteran diplomat. He has an opportunity here to right a wrong, and to do so diplomatically. 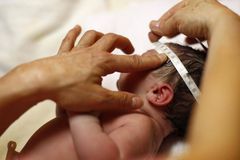 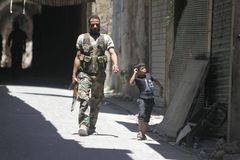