U.S. President-elect Donald Trump may not be afraid of the Islamic State or the "dishonest media." But one thing he does openly fear is microbes.

"I'm also very much of a germaphobe, by the way, believe me," Trump said at a press conference on Wednesday.

Trump's aversion of germs is well documented. As Trump told CNN last year, he eats food from chain restaurants, such as McDonald's, Burger King and KFC, because "I like the cleanliness, and I think you're better off going there than maybe some place that you have no idea where the food is coming from." And according to The Washington Post, he is known to avoid pressing ground-floor elevator buttons because they are most frequently touched, and he has reportedly called handshaking a "barbaric" ritual, as it can transmit "all sorts of things."

But are his worries about germs warranted?

"You most likely are not going to have to worry about microbes causing you sickness," says microbiologist Jason Tetro, a visiting scientist at the University of Guelph and author of The Germ Files: The Surprising Ways Microbes Can Improve Your Health and Life (And How to Protect Yourself from the Bad Ones).

"The likelihood that you're going to be transferring over enough bacteria to cause infection is very low," he says.

With a growing body of research now focusing on the role microbes play on our health, there's been a shift away from trying to eliminate germs from our lives through the use of antibiotics, antibacterial soaps and disinfectants, towards encouraging our exposure to a diversity of microbes. In fact, scientists now believe various bacteria may help protect us from a range of illnesses, from asthma to obesity.

In their book Let Them Eat Dirt: Saving Your Child from an Oversanitized World, Canadian microbiologists Brett Finlay and Marie-Claire Arrieta explain that our penchant for hypercleanliness and overuse of antibiotics has wiped out microbes that are important for developing immune systems. And marketers are capitalizing on the growing interest in the health effects of microbes with probiotics, which are foods and supplements that contain live bacteria and yeasts.

While the occasional study may trigger queasiness by comparing the amount of bacteria on your cellphone or cafeteria tray to a toilet seat, Tetro says there's little reason for alarm.

"The majority of microbes that you're going to see are either environmental, or they are harmless human bacteria," he says.

The real concern, however, is during cold and flu season or in hospital settings, when the risk of catching an infection is greater, he says, adding that viruses can survive on surfaces for several hours. Even so, a thorough washing of your hands or a dollop of hand sanitizer and an occasional wipe of the surfaces you touch should do the trick. (Tetro carries a hand sanitizer with 62-per cent to 70-per cent alcohol wherever he goes.)

That's not to say freely shaking hands and pushing elevator buttons is going to improve your microbial health, though.

Visiting a farm or being out in the wilderness will increase your exposure to a great diversity of microbes, "which is good for you," Tetro says. But the microbes you encounter in urban environments tend to be low in diversity.

In an office environment or school, "the likelihood is the microbes that you're picking up may not be particularly helpful to you," Tetro says.

In other words, the microbes we live with are generally neither friends nor foes.

If Trump wants to protect his health, he might be better off overhauling his fast-food diet; high-fibre diets have been shown to be beneficial to the microbes living in our guts.

But if basic hand washing and hand sanitizer still doesn't assuage his fears, he can always take a cue from Barack Obama and fist bump.

Bacteria to the rescue: Indiscriminately killing germs eliminates the ones that are helping us
January 31, 2016
Researchers experiment with new treatment for ear infections
September 15, 2016 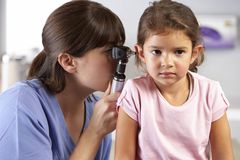