It's a radical new theory rooted in the burgeoning field of epigenetics, and it speaks to one of the greatest burdens on public health in the modern age: obesity, a $2-trillion problem that affects some 2.1 billion people around the world.

In a controversial paper titled "The Childhood Obesity Epidemic as a Result of Nongenetic Evolution: The Maternal Resources Hypothesis" published in November in Mayo Clinic Proceedings, a peer-reviewed clinical journal, Dr. Edward Archer, of the Nutrition Obesity Research Center at the University of Alabama at Birmingham, suggests childhood obesity begins with mothers, well before conception. The university publicized the paper with a sensationalized sell line: "Novel theory connects mothers to childhood obesity: Evolution is the cause, and moms are the cure."

Using a "reinterpretation and synthesis of existing empirical evidence," Archer concludes blame for the childhood obesity epidemic lies on non-genetic evolutionary processes involving maternal body mass and patterns of physical activity. To put it simply, it starts with teenage girls: If they aren't fit, their future children won't be either.

The most controversial aspects of the paper surround two of its central conclusions: That a woman's physical activity and body composition before, during and after pregnancy have evolutionary consequences; and that mothers in many subpopulations have evolved past a "metabolic tipping point" that makes obesity and poor physical fitness almost inevitable for their children and their children's children. "Only mothers have the power to change the evolution of obesity," Archer concludes, noting that if we want to stop obesity in its tracks, girls have to be physically active, especially during puberty. "The greatest lie in public health is that we are what we eat," he says. "Your body composition … is determined in utero before you're born."

Archer isn't alone in his view that epigenetics – the study of how genes can be turned on or off by environmental factors – may hold the key to understanding, and perhaps even preventing, obesity. But even those who agree with much of the paper, and agree that studying maternal health and the intrauterine environment is important in understanding the later health of offspring, offer strong words of caution that the link between epigenetics and obesity not be overblown. Other researchers are criticizing the message being sent by focusing entirely on the mother.

Dr. Timothy Bestor, a professor of genetics and development at the Columbia University Medical Center, questions many of Archer's claims, since he failed to take into account the role of genetics, and the well-established fact that obesity has a very large heritability factor.

And while Dr. Kristi Adamo, a research scientist immersed in epigenetics at the Healthy Active Living and Obesity Research Group at the Children's Hospital of Eastern Ontario Research Institute in Ottawa, agrees with much of Archer's paper, she says the idea of putting the spotlight on teen girls is "absolutely not realistic."

"When you first get your period, that is not what you're thinking about. I'm pretty sure most girls in their teenage years are thinking about not getting pregnant," she says.

Even researchers who agree with Archer's basic contention that body composition is influenced in utero say we need to be extremely careful regarding the potential for blaming mothers. Scientists still don't know what epigenetic mechanisms explain obesity, or how influential these mechanisms might be.

It's also important to recognize that some studies, including one published last year in the journal BMC Medicine, have suggested that a father's obesity could have epigenetic effects.

"Right now, this is a very hot area to be working in," Adamo says.

Excitement in the field of epigenetics has been building since the late Sir David Barker developed the concept of the developmental origins of health and disease in the 1980s and 1990s. After discovering a link between low birth weight and heart disease in adulthood, Barker showed an association between what happens in the prenatal environment and disease risk later in life.

Epigenetics has burgeoned in the last three to five years, Adamo says.

"Even people that previously weren't interested in pregnancy and the prenatal environment are recognizing it's such a critical period that they're sort of modifying their research programs, etc., to fit that in," she says.

At the Obesity Society's annual conference in Boston earlier this year, keynote addresses emphasized the importance of thinking about pregnant women and the prenatal environment, Adamo noted.

"That, even five years ago, wouldn't have been on the docket," she says.

As Adamo and others point out, however, we need to be careful to distinguish hard science from hype.

"There is a huge amount of hype" surrounding epigenetics at the moment, Bestor says.

"It's used to explain everything that can't be explained by genetics," he says, adding that even journals can get caught up in the excitement. "There is competition to have the most surprising and flashy studies, and these transgenerational studies are extremely popular right now."

If epigenetics is to help explain obesity, researchers will have to discover specific mechanisms – a goal many scientists are eagerly pursuing. And in the meantime, it is crucial that the link between epigenetics and obesity not be overblown, especially where mothers are concerned.

"If the mom was not perfect during pregnancy … it doesn't mean the baby is doomed for life," Adamo says. "We want them to get the message that it's important for them to be healthy during pregnancy, but not to feel a sense of doom if they're not able to do the right thing all the time."

Let's stop pointing the finger at mothers and address the real issues around children's health
November 30, 2014 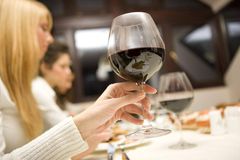 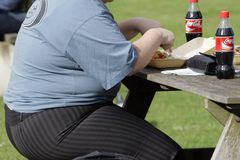 The dilemma between healthy eating and staying above the poverty line
October 19, 2014 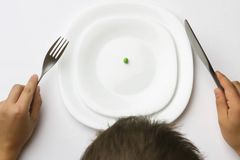 Combination of aerobic and resistance training best for obese teens
September 28, 2014
Follow Dave McGinn on Twitter @Dave_McGinn
Report an error Editorial code of conduct
Due to technical reasons, we have temporarily removed commenting from our articles. We hope to have this fixed soon. Thank you for your patience. If you are looking to give feedback on our new site, please send it along to feedback@globeandmail.com. If you want to write a letter to the editor, please forward to letters@globeandmail.com.
Comments