A few years ago, as unmanageable rent increases loomed large on my budgetary horizon, a 40-year-old man whom I'd dated eons before and kept in touch with offered to share living space. I accepted the offer, and the arrangement has been a financial win-win. His name is Keith, and he happens to suffer from a grand mal seizure disorder.

Kvetching about his plight is not his thing. To the phlebotomist, he says: "Don't worry if I faint and drop to the floor. I have a seizure disorder, so I'm used to that." His delivery is good. It gets a laugh every time. But I know it's a burden.

In the dictionary under "family," one of the proffered definitions goes like this: "all the persons living together in one household." Makes sense. When you share a dwelling with another human being, you get to know that individual pretty well.

I'd like to indulge in a little discourse on what it's like to live with grand mal seizure disorder and also address some of the attendant misconceptions about this condition that so drastically diminishes my pseudo-sibling's quality of life. (I'm about to get graphic, so slither over the following paragraph and move on to the next if you need to.)

If I'm home when a seizure occurs, first off, I hear a guttural, frightened-sounding roar. By the time I race to the scene, the vocalizations have abated. All I can do for the ensuing five minutes is a big, useless nothing – while his outstretched, rigidized limbs flail; while blood oozes from the corners of his mouth (tongue biting is standard; think dental equivalent of a handyman's vise); and while, for the final one to two minutes, the eyes unblinkingly stare off and/or roll back and forth in their sockets. (If you google the term "feeling helpless," a picture of me will pop up on your screen depicting my pained facial expression during one of Keith's seizures.)

He's been subjected to the above-described indignity between 60 and 100 times (his estimate) since the tender, puberty-primed age of 12.

On the playground of life, Keith rides a Seizure Frequency Seesaw. Number of seizures so far in 2016: Zero. Number of seizures in 2015: I lost track – maybe because I was too busy wishing for seizure respite that would last more than a month or two. I do know there was one week that year when Seizure Monster vented its fury on two separate occasions.

Yes, he's on anti-seizure meds that are prescribed by a neurologist.

Keith and his devoted mother, who lives nearby, tell me there's nothing I can do to mitigate this violence. It's a no-no to attempt to pry his teeth from his tortured tongue or put anything in his mouth. In all likelihood, my hand would exit his mouth sporting one less digit than when it went in. What they do tell me to do is to monitor the duration of the seizure. If it's more than five minutes, or if there are two seizures back-to-back, or if he hits his head or sustains a laceration or a seemingly broken bone, I'm to summon an ambulance (a mode of transport with which Keith is acquainted).

Preseizure, some people experience what's known as "aura," which can manifest in a myriad of ways. It's sometimes described as a "strange" feeling, a phantom smell or an uncommon taste in the mouth. It's rather like a prelude to a main event – and a warning to get to the safest place available, e.g., a sofa.

Keith never has aura, so there's no opportunity for him to ensure he's on a bed as opposed to, say, walking down a flight of stairs when a seizure comes calling.

I once called Keith's work after a seizure to let them know he wouldn't be in that day, and the supervisor said to me, "He's finished having the seizure, isn't he? Can I talk to him?"

Well, here's the deal. For up to an hour post-seizure, Keith's cerebral equipment temporarily goes on strike ("postictal state" being the official term). This usually intelligent person often won't know my name or what year it is – literally. After the acute postictal phase, for about 24 subsequent hours, a radical dimension of exhaustion and slumber ensues – so deep as to be bottomless.

Full rebound takes more than a few days. For approximately seven days after the fact, Keith struggles mentally, emotionally and physically. His memory is fragmented and muddled. Any and all movable body parts ache like those of an arthritic centenarian who's been forced to complete a half-marathon.

While walking alone down a quiet street one day, I tried to imagine what it would be like to know that at any moment, without warning, I could be struck unconscious, thrown to the ground and mercilessly pummelled by an invisible demon – then come to (hopefully) in an incoherent, disoriented, bloody, pained daze, with possible complementary gashes and fractures.

How did the exercise make me feel? Not inclined to crack a joke. 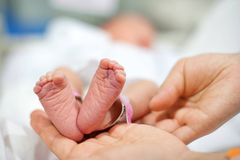 What it’s like to speak out about vaginal atrophy
September 21, 2016 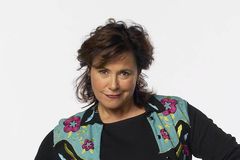 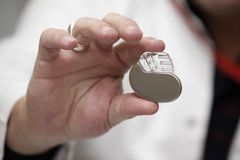