After steady declines in teen pregnancy rates since the seventies, Canada is now seeing dramatic increases in several provinces, with experts pointing to a tough socio-economic climate as a key factor in the local spikes.

While the national rate rose just slightly from 27.9 per 1,000 teens to 28.2, four provinces have seen much more staggering increases between 2006 and 2010: Teen pregnancy rates, for women aged 15 to 19, jumped by nearly 40 per cent in New Brunswick, nearly 36 per cent in Newfoundland, more than 17 per cent in Nova Scotia and 15 per cent in Manitoba.

"The persistent long-term trend for teen pregnancy rates to decline in Canada appears to have come to an end. In some parts of the country, it clearly has started to increase," said Alex McKay, research coordinator with the Sex Information and Education Council of Canada, which conducted the study, published Tuesday. "That is pointing to the risk of reversing a lot of the progress that Canada has made with respect to teen pregnancy."

Experts suggest myriad factors are at play, but they point to socio-economic woes in provinces where rates have surged: Teenage girls are more likely to get pregnant when they have fewer education or employment opportunities to postpone child-bearing for.

"People like to narrow in on teen pregnancy as if it's some sort of specific issue about the sexuality of teenage girls. It is that, in some respects, but it's also an indicator of much larger and fundamental transformations within a country," said McKay.

Lucia O'Sullivan, a psychology professor at the University of New Brunswick, says socio-economic factors are a "front contender" for the steep increases in teen pregnancies in her province.

"Usually you like to think that when a child is born, it's always good news. But demographically, higher teen pregnancy rates mean that people are usually suffering somewhat more, and usually at a broader level than at the individual one," said O'Sullivan, who holds a Canada Research Chair in Adolescents' Sexual Health Behaviour.

In New Brunswick, "Out-migration is huge and it's a provincial obsession. We are losing young people here and the prime work force is heading west, mostly to Alberta," said O'Sullivan. "So many of them are bolting and the ones left behind say, 'What's left for me?' Not a whole lot."

So why do more teens have babies in contexts where there are few jobs or opportunities to further their education?

O'Sullivan concurs: "That's how the broader socio-economic context gets translated to the individual psyche: Do young people have a vision of the future that is positive? Do they have long-term goals that are worth delaying child-bearing for? When young people have a future orientation that is positive – 'There are good things ahead for me,' 'I can go far,' 'I need to delay some immediate things for long-term reward' – then we find that they look after their sexual health better. They either delay intercourse, or, more likely, they contracept better."

If teens don't see a bright future ahead then they tend to focus on the immediate, O'Sullivan said: "They're having sex, their friend had a baby and 'isn't it cute.' …There is implicitly some level of support by virtue of reduced options."

Ultimately, she pointed out that Canada's teen pregnancy rates are still stellar when compared to those in Britain and the United States: "Canadian youth are pretty strong contraceptors." Statistics Canada began tracking teen pregnancy rates in 1974, and aside from several blips upwards, the rates have been declining. Longer-term, the rate fell 20.3 per cent from 2001 to 2010.

Beyond socio-economics, what role have sex education and contraception played in Atlantic Canada's elevated numbers? McKay argued that a dearth in public-health programming is not the primary issue: New Brunswick introduced progressive elementary- and middle-school sex-ed curriculum in the mid-2000s. That said, "The fidelity with which it's implemented is still a big question mark, for sure," O'Sullivan acknowledged.

As for contraception, American research has found that teen pregnancy rates drop when young, economically impoverished women have better access to long-term, reversible contraception such as IUDs and implants, the latter not available in Canada. "The pressure is on women to always be the ones to have to take care of this because there's still not really a great male option except condoms, and even that women usually have to regulate as well," says O'Sullivan.

So how will Canada promote decreasing teen pregnancy rates again after this current blip?

Says O'Sullivan: "We know that the best way to get young people to invest in their future – and part of that means delaying child-bearing – is to give them a vision of the future that is appealing and viable."

Some teen pregnancies are in no way mistakes
June 26, 2008
My teenage daughter's pregnancy
May 4, 2009
Are impulsive teen girls more likely to have a baby?
January 2, 2011 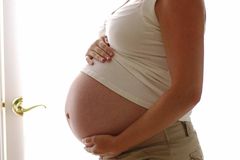