As a dietitian in private practice, I was hard-pressed to meet a vegan or would-be vegan 20 years ago. That's not no longer the case. More and more, I am asked to craft plant-based vegetarian meal plans for clients.

It's hard to say how many Canadians are vegan today. As of 2003, 4 per cent of the population said they followed a vegetarian diet, although not necessarily a vegan one.

The prevalence of vegetarianism has undoubtedly increased over the past decade. And many more people are moving in this direction by cutting red meat from their diet.

A vegan diet is the strictest form of vegetarianism. While a vegetarian might pour milk on cereal or eat cookies made with eggs and butter, a vegan avoids all animal products including meat, poultry, fish, eggs, dairy, even honey.

The motivation to adopt such a hard-core diet varies. Some do it for ethical reasons, not wanting to harm animals for human consumption.

Others like the fact a vegan diet is better for the environment than one based on meat. Large-scale meat production is thought to contribute as much as 22 per cent of greenhouse gases in the world each year.

The health benefits are a draw as well. A vegan diet has been shown to improve blood sugar in people with diabetes, lower LDL (bad) cholesterol and blood pressure, and promote weight loss. It may even help prevent colon cancer and heart disease.

But perhaps more people are considering veganism because the diet is easier to follow than it used to be. Vegan soups, frozen entrees, energy bars, protein powders, even breads are available in mainstream grocery stores. And a growing number of restaurants are devoted to vegan fare.

Vegan cookbooks are proliferating too. So much so there are vegan cookbooks devoted entirely to slow-cooker meals and vegan entertaining.

Even so, a vegan diet isn't for everyone. Some people find it lacking variety and can't stick with it. Others complain it takes too much planning and prep work.

A vegan diet isn't necessarily a healthy one. You can't just replace animal protein foods like meat and chicken with brown rice, pasta or vegetables.

The key to a healthy vegan diet is variety. If you're considering becoming a vegan, the following tips will help you adopt a meal plan that includes adequate protein, carbohydrate, fibre, vitamins and minerals. You might also think about consulting with a dietitian to ensure your diet is balanced and complete.

Vegans can easily meet daily protein requirements providing their calorie intake is adequate. If calorie needs aren't met, some protein from the diet will be used for energy rather than muscle repair and making body proteins such enzymes and immune compounds.

With the exception of soy beans, vegetarian proteins are missing, or low in, one or more essential amino acids, the building blocks of protein. Essential amino acids must come from food because the body can't make them on its own.

It was once thought vegans needed to pair certain protein foods together at meals to form a complete protein. It's now understood that as long as a variety of protein foods are eaten over the course of the day, protein combining is not necessary. Include at least one protein-rich food at each meal.

To ensure B12 needs are met, take a B12 supplement or multivitamin with 5 to 10 micrograms of B12.

To meet vitamin D needs, a supplement is required. Most multivitamins contain 400 IU vitamin D. Separate vitamin D supplements may be needed. Choose vitamin D3 over D2 as it's the more active form. The safe daily upper limit is 4,000 IU.

To meet daily calcium requirements, a supplement may be required.

Iron absorption can be increased by eating plant foods with vitamin C-rich foods such as citrus fruit, strawberries, red pepper and tomato juice.

Women need 1,100 milligrams of alpha-linolenic acid (ALA) per day and men require 1600 milligrams. 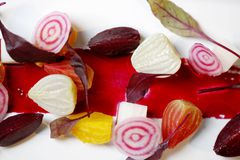 Fruits and vegetables: how much should I really eat daily?
March 15, 2011