An international project involving Canadian scientists has identified scores of new genetic markers associated with the risk of breast cancer, a discovery that researchers believe will allow them to more precisely identify who is most at risk.

Their findings, published in two separate studies in the journals Nature and Nature Genetics on Monday, reveal 72 new genetic variants that predispose women to breast cancer. Previously, about 107 were known.

Although each variant only increases the risk of cancer modestly, when combined the risks are multiplied, says Dr. Jacques Simard of the Genomic Centre at CHU de Québec-Université Laval Research Centre, one of the scientists involved in the project. So, a woman who has several of these variants would have a much greater likelihood of developing breast cancer.

The project, which involved some 550 scientists around the world and was carried out by the OncoArray Consortium, exemplifies the kind of collaborative research involved in pursuing personalized medicine, where treatment and interventions can be tailored to individuals based on their genetic profiles. By identifying new genetic markers associated with breast-cancer risk, scientists envision a future in which a simple genetic test applied to the general population could determine which individuals need earlier and more frequent screening. And they hope more targeted drugs will emerge as they gain a better understanding of the genetic mechanisms involved in various types of breast cancer.

Yet some believe the practical applications of such research are still a long way off.

Dr. Steven Narod, Canada Research Chair in breast cancer at the Women's College Research Institute in Toronto, says he has been hearing about the promise of such a simple test for at least a decade, yet it remains elusive. "That's never happened," he said.

"I find it amazing that with all this amazing research that's being done, we're treating breast cancer with the same drugs since 1980 that were developed in the 1950s," such as doxorubicin, cyclophosphamide and methotrexate, said Narod, who was not involved in the project.

He said he is skeptical the new findings will lead to changes in clinical practice any time soon: "These [kinds of] studies have been incremental over the last 15 years or so. We've learned quite a bit about breast cancer, but I'm not sure that continuing in this vein is going to have clear and immediate impact."

Together, the two studies, for which Genome Canada, Génome Québec and the Canadian Institutes of Health Research are among the principle funders, involved analyzing the genetic data of about 275,000 women, including 146,000 who had been diagnosed with breast cancer.

Mutations of the BRCA1 and BRCA2 genes have previously been known to greatly increase a woman's risk of developing breast and ovarian cancers. They occur in less than 1 per cent of women, Simard says, whereas some of the newly identified genetic markers are much more common.

He says that if the new markers were to be taken into account in a risk-assessment model, combined with other factors such as breast density and lifestyle factors, the proportion of women who are identified as being at high risk for developing breast cancer could increase tenfold. "And it's major. This will be a major shift in paradigm," he said.

Currently, it's recommended that women receive mammograms at the age of 50 to screen for breast cancer. But knowing individuals' genetic risk could allow clinicians to identify high-risk patients and screen them at a younger age and more frequently, while those with lower risk may need less-frequent screening, Simard says.

"Being able to have better risk prediction and targeting interventions to women at higher risk will help us to have early detection," he said, noting that catching cancer early would mean requiring less-invasive treatment, improving patients' quality of life and increasing their chances of survival.

But Narod says that while early detection can improve the chances of survival of certain types of cancer, this is not always the case with breast cancer.

He says that instead of pinning one's hopes on new genetic markers, efforts would be better spent on providing genetic tests for BRCA1 and BRCA2 mutations to a wider population. Even though these mutations are rare, it's clear that those who have them are at very high risk of developing cancer and can take action with preventative surgeries, he says.

If a woman tests positive for any of these newly identified genetic markers, no one knows what they should do with the results, he says. "It's really not clear that there's going to be a course of action." 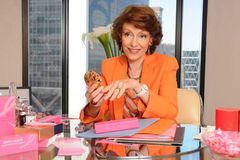