When the man in the plaid shirt took my registration papers and said "congratulations, you have a family doctor," I confess I had to hold back a few tears.

I had just spent three hours of my Saturday standing in line with hundreds of other people outside a community centre in the Ottawa suburb of Barrhaven to enroll with a new family medicine clinic that is opening at the end of August.

The wait was inconsequential compared to my long and frustrating search for someone to provide me with basic primary care.

When I moved to Ottawa in 2005, leaving behind a wonderful doctor in Burlington, Ont., who had looked after my family for more than a decade, I had no idea how difficult it would be to find someone to replace him.

I spent months searching the Internet, calling doctors' offices and imposing upon friends for the names of their physicians – all to no avail. No one was taking patients. My own husband's doctor refused to take me because his practice was full.

So I visited walk-in clinics when I urgently needed medical attention and went without the routine stuff, including annual physicals.

Then, in early June, I fractured a vertebra. It was a minor crack, as those things go. But the emergency room physicians insisted that I see my family doctor for follow-up care. And I did not have one. Which meant I had to resume the search that I had abandoned four years earlier, this time in earnest.

The first thing I did was register with an Ontario government program called Health Care Connect, which aims to match people like me with doctors who are accepting patients. But both the woman on the end of the phone, and the pamphlet she later sent me, stipulated there is no guarantee a doctor will be found. Since the program was started in 2009, fewer than 60 per cent of the people registered have successfully been paired with a family physician.

So I used the Health Care Options Directory on the same government website.This allows you to plug in your postal code and find all family doctors listed within a certain radius. It is a particularly soul-destroying experience.

The opening page lists no names or phone numbers, just the number of doctors at each address. It takes more clicks to get the contact information. And after you go through those steps and make the calls, you find that none of the doctors are accepting patients.

I phoned all 84 doctors who were listed as practising within 10 kilometres of my home. Some of their receptionists were polite. Some were surly. All rejected me.

The most painful dismissals came from clinics that were accepting doctors but refused to take me because I was outside their catchment area. One was just a few blocks away from my house.

Then I found another Web-based service called HealthAware.ca. It allows you to search for doctors who are accepting patients. Skeptical, I gave it a try. Lo and behold, there was a doctor listed at a clinic called ExecHealth located right behind my office. Hallelujah!

When I called I was directed to their marketing department. And yes, said the man on the other end of the line, they would be glad to take me as a patient. For $3,000 a year. I actually gave it some thought before declining the offer.

A good pal sent me an ad she had spotted in a local newspaper about a doctor who was opening an office just outside downtown. I called. Too late. Her practice was full.

I spent $9.95 to register with something called OntarioDoctorDirectory.ca which purported to provide names of doctors in Ottawa who were accepting patients.

There were lots of psychiatrists, anesthetists and obstetricians. But the only family doctors worked for a local chain of walk-in clinics that does not take appointments. What's the point of having a family doctor if you have to wait two hours to see her along with all the other people who are not on her patient roster?

Frustrated, I decided to vent my anger on my local MPP. Mostly I was irritated that her government's website had the audacity to tell me: "You've got health care options nearby." Clearly, those options do not include a family doctor.

The MPP's assistant sounded concerned. But, in response to my phone call, she sent me the list of doctors I had found myself on the Health Care Options Directory – the one without names and phone numbers of doctors who were not accepting patients anyway.

Then, early one morning, my brother-in-law who works at a hospital slipped a flyer into my mailbox. It announced that a new clinic with eight family physicians and other health professionals would be opening in Barrhaven – 17 kilometres from my house, and just as far from my office. But I was game.

The first registration session was scheduled for 10 a.m. last Saturday. I got there at the appointed time, and there were already hundreds of people in line. We were given numbers and told that, even if we left, we were assured of getting a family doctor. No one budged. The stakes were too high.

Eventually, I made it to the front of the line, got my paperwork processed and was told the name of my doctor. I have never met her. I have no idea about her professional abilities. For the moment, she is just a name on a sheet of paper. But I have worked pretty hard at this relationship already. And she is mine.

Gloria Galloway is an Ottawa correspondent for The Globe and Mail.

In 2010, 4.4 million Canadians, or 15 per cent of the population aged 12 and older, reported they did not have a regular medical doctor.

As in previous years, just over half (53 per cent) said they had tried unsuccessfully to find one. Among those, 40 per cent said doctors in their area were not taking new patients, 31 per cent said their doctor had retired or left the area, and 27 per cent said no doctors were available in their area.

Of the Canadians without a doctor in 2010, more than 8 in 10 said they have a place they usually go when they need medical care or health advice. Most (62 per cent) reported using a walk-in clinic, while 13 per cent visit a hospital emergency room. 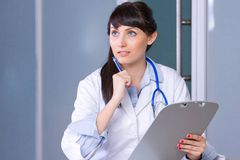 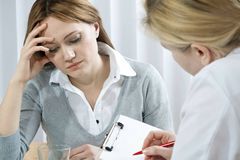 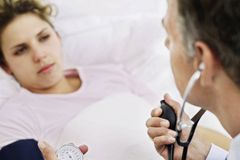