Britain is the best place in the world to die.

While that statement may lend itself to all manner of snide commentary, it is based on the results of the newly created Quality of Death Index, which ranks countries according to their provision of end-of-life care.

Britain topped the index, prepared by the Economist Intelligence Unit, because it takes hospice and palliative care seriously: It has decided, as a matter of public policy, that the quality of death is as important as the quality of life.

The care itself is good and publicly funded. Health-care providers are trained in palliation, painkillers are used liberally at the end of life and there is a high degree of doctor-patient transparency (meaning the wishes of patients and families are respected).

The best countries to die

Canada didn't fare so well on the index. It is renowned for its technical abilities – using medication and other techniques such as music therapy to lessen pain and suffering – but scored a middling ninth out of 40 countries.

There are four principal reasons for the mediocre showing: End-of-life care is poorly co-ordinated; it is expensive (many services and drugs needed at the end of life are not covered by medicare); patient-centred care is lacking (meaning the wishes of patients are not respected nearly enough) and there is a shortage of policy leadership (with the exception of the tireless work of Senator Sharon Carstairs, the issue is ignored by politicians).

The Canadian Hospice Palliative Care Association, in a report released in June titled Quality of End-of-Life Care? It Depends on Where You Live ... and Where You Die, also underscored these issues.

In Canada, only 16 to 30 per cent of those who die receive specialized hospice or end-of-life care.

Worse still, the availability and quality of care vary wildly across the country. (If you're wondering, the best places to die in Canada are Victoria, Edmonton and the Niagara region of Ontario.)

The CHPC report says end-of-life care in Canada "needs to be fixed from the ground up" and one would be hard-pressed to disagree.

There are four essential components to making end-of-life care an integral part of medicare:

It is also an area where we need sound public policies, not deathly silence.

The vast majority of Canadians die in old age. Two-thirds die of chronic illnesses such as cancer, cardiovascular disease, lung disease and dementia. They do not die suddenly: People with chronic conditions need medical treatment, but, come a certain point, they also need palliation. There are pockets of excellence, such as palliative care for cancer and AIDS, but the quality of death should not be determined by one's underlying condition.

As the quality-of-death report notes, there are many taboos surrounding death that have hampered open discussion of end-of-life care. We have to move beyond the religious sentiment that holds life is sacrosanct, and ensure palliative care so that death is dignified. We also have to make the distinction between euthanasia and physician-assisted suicide, which relate to a tiny minority of deaths, and the broader concept of hospice/palliative care, which is a must for everyone with a terminal illness.

In Western societies such as Canada, death has become far too medicalized and we embrace "curative" procedures to the point of absurdity. For example, a patient in the end stages of dementia who contracts C. difficile does not need massive doses of antibiotics; they need painkillers.

Pain control is the single most important issue for dying patients. We need to dispense with the silly notion that they will become addicts and use opioids liberally.

Hospice care and palliative care are too often viewed as giving up hope. In fact, there are few things more hopeful than good hospice/palliative care. At the end of life, hope is about having expectations fulfilled, about controlling one's destiny.

Patients should be able to expect, as an integral part of their health care, effective pain management, emotional and spiritual support, and comfort and care from compassionate and skillful people who are committed to honouring their dignity.

If we fail to deliver on all these elements, we are failing to deliver appropriate health care.

Dame Cicely Saunders, who founded London's St. Christopher's Hospice in 1967 while spearheading the modern hospice-care movement, described the role of end-of-life care with eloquent succinctness: "We will do all we can not only to help you die peacefully, but also to live until you die." 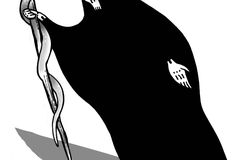 The end of life: a just and reasonable accommodation
September 9, 2010 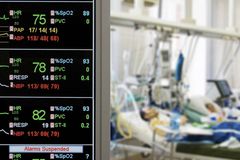