On July 22 of last year, he committed the worst act of terrorism in the history of Norway, a calculated massacre that shocked the world.

First, Mr. Breivik detonated a bomb outside the offices of the Prime Minister in Oslo, killing eight people. Then, dressed as a police officer, he made his way to the island of Utoya, where he methodically murdered 69 more people, most of them attending a summer camp organized by the Labour Party youth league.

These are clearly the actions of a madman, right?

That is the simple explanation. Or, more accurately, the simplistic one.

But Mr. Breivik's case has, among other things, exposed some common prejudices.

The reality is that people suffering from mental illness – even severe conditions like schizophrenia and bipolar disorder, whose symptoms can include psychosis – are no more likely to be violent than members of the general public.

In fact, studies have shown repeatedly that those with mental health problems are about 10 times more likely to be victims of violence than perpetrators – in large part because of their difficult life circumstances and the stigma they face.

When people with mental illness are violent (and, yes, it does happen though, again, the violence is often aimed inward, resulting in self-harm and suicide) it is almost always a treatment issue – meaning that lack of treatment results in a downward spiral and psychotic outbursts.

A tragic example of this is Vince Li, the so-called Greyhound bus killer, who in July 2008 decapitated and cannibalized a fellow bus passenger he believed was a demon out to kill him. This is a tragedy, but it's not proof that mental illness leads to violence.

Mr. Li was declared not criminally responsible for his acts and committed to a psychiatric facility. After years of treatment for schizophrenia, he is doing remarkably better and, by all accounts, should be released in the near future.

The very suggestion will no doubt outrage some but that is how the system should work: Sick people should be treated and discharged when they're better. They are, after all, in a hospital, getting care, not punishment.

Criminals, on the other hand, should be punished (and, hopefully, rehabilitated) and released when their time is up.

Determining who is ill and who is criminal usually rests with psychiatrists. The case of Mr. Breivik (like that of Mr. Li) has exposed another common misconception, that the purpose of psychiatrists is to "get people off."

Even in Norway, one of the most liberal countries on Earth, and a country with a superb mental health system, this is a commonly-stated viewpoint. When Mr. Breivik was diagnosed with schizophrenia, there was outrage.

"Tolerance can only go so far," Dr. Simon Wessely noted in a recent editorial in The Lancet. The psychiatrist was part of a blue-ribbon panel that investigated the response of the Norwegian Health Service to the massacre.

Subsequently, other expert opinions have been presented in court stating that Mr. Breivik does not suffer from mental illness. This view will likely carry the day because there is little evidence that the bombing and shootings were the result of delusions or psychosis. Rather, the horrific acts were meticulously planned.

While Mr. Breivik's views on multiculturalism, immigration, Islam and the Knights Templar may seem "crazy," they are not evidence of a psychiatric disorder.

It is not always an easy distinction to make, Dr. Wessely said: "When people struggle to comprehend what lies behind the mass murder ... the simplest response is the killer 'must be mad.' The inexplicable can only be explained as an act of insanity, which by definition cannot be rationally explained."

In short, inexplicable is not a synonym for insane. Some people are, for lack of a better word, evil. They are not treatable.

But back to the misconceptions laid bare by the case.

The widespread public belief is that being sent to a forensic psychiatric institution is a cozy alternative to prison, that it's a scam that is widely exploited.

The reality is that the "not criminally responsible" defence is rarely used, even by a lot of people who clearly suffer from mental illness.

The reason is that – contrary to popular wisdom – it is a cumbersome legal manoeuvre and those declared NCR actually spend significantly more time in custody than those sent to jail.

Criminals fiercely resist the NCR designation; after all, most offenders have the same prejudices as the general public. As Robert Whitaker wrote in his book Mad In America, "in the pecking order of social discards, asylum patients fall below criminals."

Mr. Breivik, who has been charged with "acts of terror," faces either 21 years in prison – a sentence that could be extended indefinitely if he is still considered a threat to society – or closed psychiatric care, possibly for life. It will be up to the judges in the ongoing case to decide.

The mass murderer for his part, said he wants to be declared sane and imprisoned; he said being sentenced to closed psychiatric care would be "worse than death."

And there is yet another prejudice: That the only thing worse than being a vilified mass murderer is being labelled mentally ill.

Is it any wonder stigma persists? 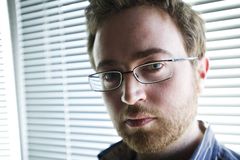